Second Wind • Two years after the end of The Office, Creed Bratton is as busy as ever

You’ve probably encountered someone like the character Creed Bratton from The Office. He’s that guy you don’t really know but you see every day. He seems innocuous from a distance, but there’s something about him that keeps you from getting too close. Then maybe one day you’re at the snack machine, pushing up against the glass because that Snickers bar you just purchased got stuck on the spiraling metal wire that holds the candy in place. Suddenly you hear an unfamiliar voice from a very familiar face. Perhaps he’s trying to make bizarrely humorous quip about your plight … or maybe he’s equating your struggle with the candy machine to society’s battle with the covert forces of the Illuminati. Whatever he said, for a moment, you were time twisted from your mundane life to some dark, twisted form of Narnia.

The man Creed Bratton is only slightly like the famous character he portrayed on one of the past decade’s most defining sitcoms. However, in many ways, he’s way more fascinating.

Bratton, a former student at Sacramento State, backpacked overseas for a few years before returning to California to start a band with Warren Entner called The 13th Floor. By 1967, the band changed its name to The Grass Roots and went on to record a few popular radio hits including “Let’s Live for Today.”

Though he got his start in music, it was acting that Bratton actively tried to pursue while he was in college.
“I was always planning to be an actor,” says Bratton, who studied drama while at Sacramento State. “Music was just something I did. I didn’t know until I went to school that everyone didn’t know how to play music. I just thought everybody does this, you know?”

At a young age, Bratton (born William Charles Schneider, later changed to Chuck Ertmoed when his mother remarried) had an ear for music. He first took to the trumpet before picking up the guitar.

“My grandparents had a country-western band called The Happy Timers,” he remembers. “When I was a little kid, I’d sit down and watch them play. I used to go down to Long Beach from the mountains and be with them for two months in the summer … I’d listen to stuff on the radio and just figure it out by ear.”

By 17, he was working professionally as a musician, but after he left The Grass Roots in 1969, his artistic career hit a bit of a snag, or as he put it in our interview, “35 years of thinking I’m not going to get anything going.”
Over that time, though, he never gave up. He spent his time “working, writing, going to class,” he says until, eventually, he once again struck pop culture gold.

“Now I have my second wind as it were, and I’m off doing these shows again,” Bratton says, gearing up for a California tour that will bring him back to Sacramento. “I’m having a great time.” Submerge had the pleasure of speaking with Bratton about his surprising and remarkable career as an actor and musician. 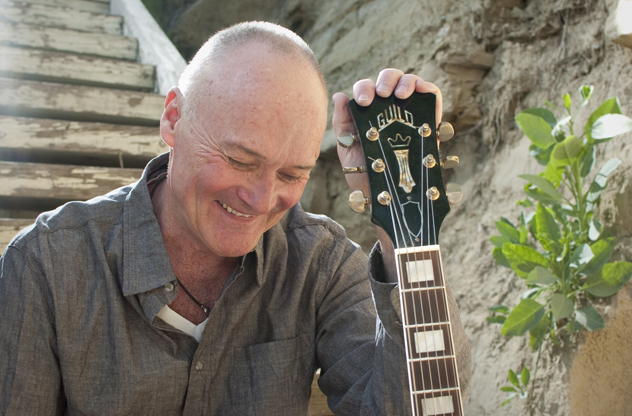 It’s amazing what the music scene in the late ‘60s meant to American culture, and it still has an effect today. What was it like for you living through that time as a musician?
At the time, it was very innocent. The pot wasn’t anywhere near what it is today. It was very mild. We experimented with stuff. For musicians at that time, it wasn’t looked down upon. You were doing what you were supposed to do. You were going to the other side of the veil, finding little chestnuts and bringing them back and writing them down and playing them for people. That was the deal. Some people didn’t come back. I was one of the lucky ones who … What were we talking about?

It was the ‘60s. It was the best bite of the apple. There was no AIDS. It was free love and pot and everyone was fucking each other and painting flowers on their faces. It was pretty cool. And then it got weird in the ‘70s, but from ‘66 to the early part of the ‘70s, it was just fantastic.

I saw a quote on IMDb that was attributed to you where you said how you did a lot of acid, but never had a flashback.
Exactly! I paid good money for that acid. I deserve a flashback [laughs]. That’s just a joke, though. I would be scared to death if I had one those! I don’t even need that. All I have to do is be locked in a room where they’re smoking that pot from nowadays, and I’ll be crawling the walls [laughs]. I think Louis C.K. says it best, the best way to do drugs is not do them for a while, because when you do them it’s really amazing.

I know, I’m waiting until I retire so I can smoke a joint one more time …
When I’m doing acting and trying to memorize lines, I just can’t do it. It messes with my memory too much. It’s nice to do when you’re on vacation and you’re hanging out with somebody on the beach. That would be great. When it comes to work and stuff, it just interferes.

I know a lot of people know you from The Office, so I wanted to ask you a couple of questions about that. I thought it was really cool that you pitched your character to the show’s creators.
I actually shot an audition tape. I recently found that audition tape, actually. I thought I had lost it. I was working on Bernie Mac, I met Ken Kwapis [director for both The Bernie Mac Show and The Office] and we became friends on the show. When I heard about The Office, I contacted him. He said that they were already cast, but he’d try. He talked to Greg Daniels and said I was a very interesting guy and a musician, and they put me in the background. I left Bernie Mac to take a shot at doing this. I was just starting to get lines on Bernie Mac, but my gut said do this [The Office]. Within one week, I knew there was so many talented people that I had to do something. I wrote an hour’s worth of stuff, like what would happen if someone had stayed on drugs and stuff and ended up at a paper company and created this character. I went to my buddy Joe Moore, who was an A.D. on Bernie Mac, and with his help, I adlibbed a bunch of stuff and picked the best out of what we did and gave it to Ken Kwapis, who was still directing on the first season, and Greg Daniels. The second season came in, and in the first or second week, they threw a script on my desk and said, well, everyone thinks you’re really funny, so here you go. It was a 6-and-a-half-page scene with Steve Carrell, and I was like, “Oh my God, this is it!” It was scary. After it aired, I came in on a Friday, and we aired on Thursday, I saw Rainn Wilson and John Krasinski and they gave me a big bro hug and said I’d knocked it out of the park. That meant so much to me. The next thing you know, I became a series regular. I tell actors all the time, if you’ve got strengths or weaknesses, use them. Make a video and use that as your audition.

The character became such a cult figure, too.
It was amazing how people loved that character, that crazy guy. People still get disturbed when I’m talking to them, and they’re like, “You’re not that Creed guy,” and I’m like, no! It’s close to how I talk and stuff, but still not me, obviously.

I think part of it is that everyone knows someone like that in their lives, that peripheral character who you don’t know much about, but he says that weird thing that you can’t believe just came out of his mouth.
[Laughter] Well the writers took that thing … I would just laugh at the table reads seeing some of the stuff they came up with for me. They did a lot with a little with that guy.

It’s been a couple years now since The Office ended. How has it been winding down from that?
Oh man, I missed it. I remember after the hiatus period, like three months or so, I found myself one morning driving in my car and I was starting to head back to the studio where we shot. I was like a homing pigeon, you know? I’ve done some independent movies, like Band of Robbers, which turned out really well and it will be playing film festivals. I also did Grace and Frankie for Netflix and recorded some new stuff. And of course I’ll be coming to Sacramento. That starts off my California tour. … I want to give a big shout out to Duane Heglie, can you put that in there? He’s my buddy from college and high school. We went to Sac State together.

Your most recent album came out in 2011. Are you working on new material?
I have six solos and four with The Grass Roots. I think about the time I hit a dozen, I’ll make one that really clicks. But right now I’m working on a pilot called Feather Peak that we’re trying to get greenlit. I play a character who lives up in the mountains. He’s a caregiver, but he writes music too, so I’ve been writing songs for the show, and they’re really good! I’ve been doing three or four of them in the show now. They’re all brand new. I’m going to be recording them pretty soon in Los Angeles.

A character who lives in the mountains who plays music, that sounds pretty close to home.
He’s a caregiver who has this ability to realize that when people are dying they hold on to things that keep them from passing on to the other side in a tranquil way. He’s able to facilitate this. … It’s kind of like Northern Exposure meets Touched by an Angel meets the Creed character [laughs], which is kind of an interesting concept if you think about it.

Duane, if you’re out there, this one’s for you. Join Duane and surely many others when Creed Bratton plays live at Harlow’s in Sacramento on Aug. 11, 2015. Ngaio Bealum will take the stage to open the show. Tickets are $15 in advance and can be purchased through Harlows.com.