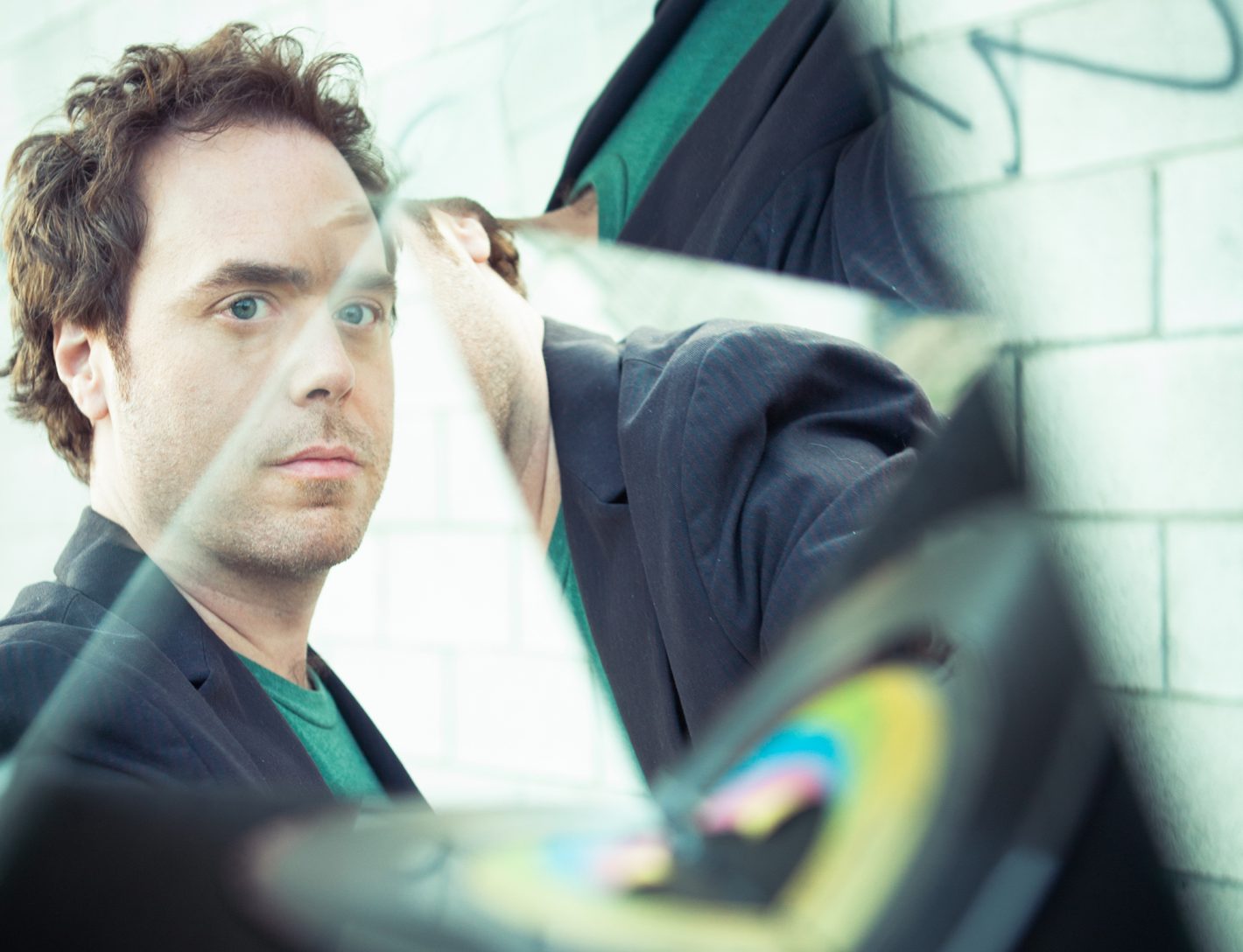 There are times when you wonder how it is that somebody can be so incredibly good at that thing they do, to a point where you don’t actually want to know, because to know would be to humble yourself beyond hope of ever becoming so good at that very thing. Lucas MacFadden, aka Cut Chemist, is the type of artist who can make you feel that way.

He’s the kind of dude whose name gets breathed in the same sentence as DJ Shadow; whose work with Jurassic 5, Shortkut, Ozomatli, Blackalicious, Lyrics Born and a countless horde of others leave his credentials as a top flight turntablist wholly unquestioned. His latest release is Die Cut, a fluid, head-bobbing assault that includes contributions from Biz Markie, Dntel, Mr. Lif, Chali 2na, Hymnal, Laura Darlington and Myka 9, among others. Adding to the hype is the notable fact that this is Cut Chemist’s first proper solo release in more than a decade; his last album prior to this, The Audience’s Listening, dropped in 2006.

And while he’s been in the game since the late ’80s at the birth of Unity Committee, the years gone by have yet to faze his good humor and affability, as Cut Chemist is one of the genuine nice guys in the business. There’s no pretension here: Just a dude who likes to talk records. Submerge caught up with MacFadden as he prepped a juice cleanse for the coming “shit-show” of eating on tour (even the big boys get stuck scarfing junk at truck stops), which will find him at Harlow’s on Sunday, March 4, with El Dusty and Shortkut. 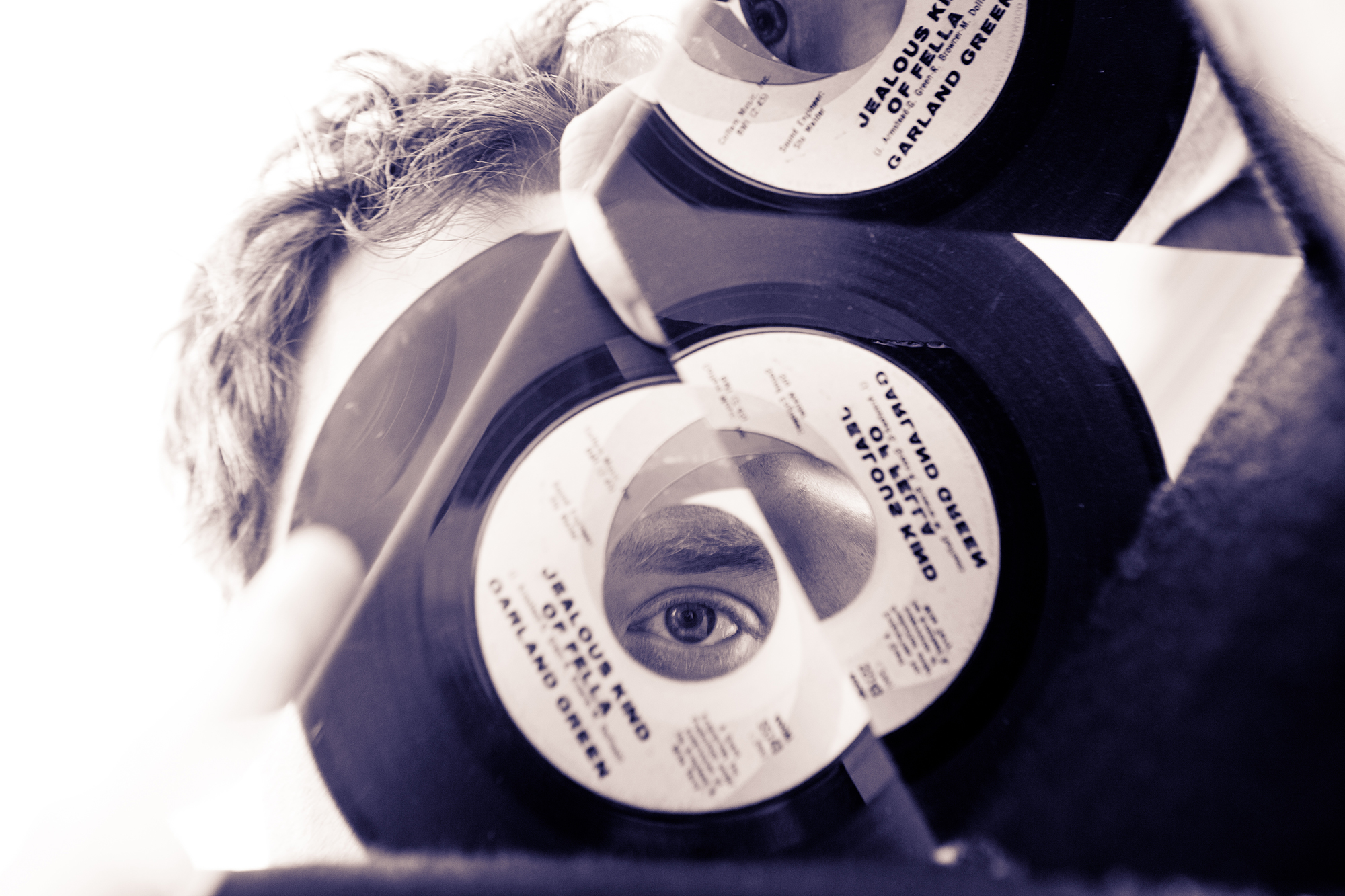 I read that there’s a point where you just need to clear off the desktop of your computer and finish ideas, and that will lead to a new record. How did Die Cut come about?
It was more like assembling the desktop. I didn’t really have any ideas from past projects that I wanted to use on this one. So I actually used this thing called Funk Off Megamix [a remix album of French synth and drum machine-based music released in 2015], which serves as a litmus test—but it’s not material hanging over, it’s me assembling new material to inspire the album. It’s all like proto-industrial instead of my own productions. And that music is responsible for between a third and half of the album—the sample sources.

What’s it like to work with the Biz creatively? He’s one of these guys that just seems to make people smile, even at the mention of his name. The very first burned CD I ever owned was a one-song copy of “Just a Friend,” and it still makes me smile.
Ah, man. Exactly what you’d expect it to be. We’ve been friends for 20 years, and we’ve messed around doing freestyles here and there, nothing serious. And then one day we were sitting down and I was playing him some beats for the new album, and he didn’t really respond to any of them. But I had this small little intro piece that I tacked on and didn’t really pay much attention to. And I said, “You like this?” And he’s like “No, but that’s a hit and you don’t even know it. If you loop that I’ll rap to it, and we’ll make a hit.” And I think back to all the Juice Crew records and Biz always had an ear. All the samples that he chose are amazing. So I just thought to myself, he’s got the golden ear, and if he’s hearing something in that loop that I’m not, I’m gonna just defer to him. So he got in my closet, busted a freestyle to this beat, and immediately, like you said, I just smiled and said, this makes me feel like being a kid again. This makes me love hip-hop again. This makes me feel like 1989 all over again but also fits well now. He’s the only guy that really made my microphone sound dope [laughs] … That’s how he makes records. It makes everybody smile.

Another track that took me was the “Die Cut (Wrap)” at the end, because that is some serious wordsmith shit right there.
Sometimes you gotta put two people in a room, and just leave. That was Deantoni Parks on drums and Myka 9 on the vocal doing what they do best, which is doing everything you could possibly do with your gift. And yeah, man, as soon as I knew Deantoni was gonna be part of it I thought immediately, “We gotta get Myka 9,” because they’re both going to challenge each other in a way that’s gonna build into some crazy punk rock-jazz shit. And that was what happened. Deantoni was one take and Myka took a couple just to get his part down, but it’s the most untouched part of the record. I wanted to keep everything intact that happened in the moment.

I’d actually been playing “Work My Mind” for a couple months now without fully realizing it was your production. With Chali 2na, it’s kind of a pop cut in the scheme of the album because it sits right in the middle. I like the placement a lot.
Oh good! I mean, when you go through all this almost obscure, avant-garde stuff, it is refreshing to hear that song come in with a verse-chorus-verse structure with 2na delivering it. I agree. [And] I had to have Chali on the record. It’s amazing to me that he wasn’t on the last record. This one I was like we gotta do something; me as my own fan, I need to hear that. And it’s different because I wanted to do something electronic, and I think his voice cuts through electronics really well. It’s not something you would necessarily expect and people are really digging it.

Do you listen to the Heliocentrics?
Yeah of course. Did you like the one with Mulatu [Astatke]?

That hit me big time. Mulatu is really special to me. When I listen to the stuff you’re doing, I often think of Mulatu and things like that; just a little bit of Eastern melody worked in here and there. And you had a phase a few years ago where you were really digging in with African music, right?
Absolutely. Actually, Ethiopian music in general. Get this: During The Audience’s Listening in like 2003, 2004, I was listening to tons of Ethiopian music, collecting it like crazy. And then I was listening to a lot of Nirvana Unplugged and Radiohead. So on one hand I was really into rock, and on the other end of the scale Eastern, African—and not just the funk stuff, but like the traditional stuff, the wedding rhythms and stuff like that. And I think that’s how I came to do songs like “What’s the Altitude,” because it’s a rock sample, but it’s an Ethiopian chord progression, which seemed kinda weird at the time, but I was like, “You know what? That speaks to me.” And now I know why [laughs].

I just think it fits so perfectly with the kinds of things you do. It just makes sense.
Yeah, from the Ozomatli era, indigenous music is a big deal all the way around in what I do. No matter if what I do sounds rock-y or not, it’s always there. African, Latin, Columbian; it’s always been a huge deal and it always will be.

See Cut Chemist live at Harlow’s (2708 J St., Sacramento) on March 4, 2018. Also performing will be El Dusty and Shortkut. Tickets are $20 in advance and can be purchased through Harlows.com.