Dance Gavin Dance, whose quirky and genre-defying sound fits somewhere between post-hardcore, progressive rock and screamo, isn’t worried that fans might not like their new album. Right now, they’re just pumped that they’ve found their groove, both creatively and within the band’s dynamic itself.

Since the band’s formation in Sacramento in 2005, DGD has gone through its share of rough patches. Despite a constant flux in band members, DGD now has a solid group of core members with a shared goal: making music they love, and being open to whatever form that comes in. Today, DGD consists of Tilian Pearson (vocals), Jon Mess (vocals/screams), Will Swan (guitar/vocals), Tim Feerick (bass) and Matt Mingus (drums).

Their sixth studio album, Instant Gratification, showcases the energy, enthusiasm and eclectic influences that hooked fans from day one—with a good dose of sarcasm and some dirty rapping sprinkled throughout. The album blends elements from throughout their many eras, offering a little something for everybody—although pleasing such a diverse and divided fan base will be a difficult feat. It is slated for release through Rise Records on April 14, 2015, which is also the day they kick off their Instant Gratification Tour. Leading up to their big record release show, DGD is currently touring with Memphis May Fire, Crown the Empire and Palisades on the Take Action Tour, which wraps up in the beginning of April.

Submerge caught up with Tilian and Will at Kupros Craft House in Sacramento to chat about their upcoming album and tour, as well as what fans can expect to hear on their newest compilation. 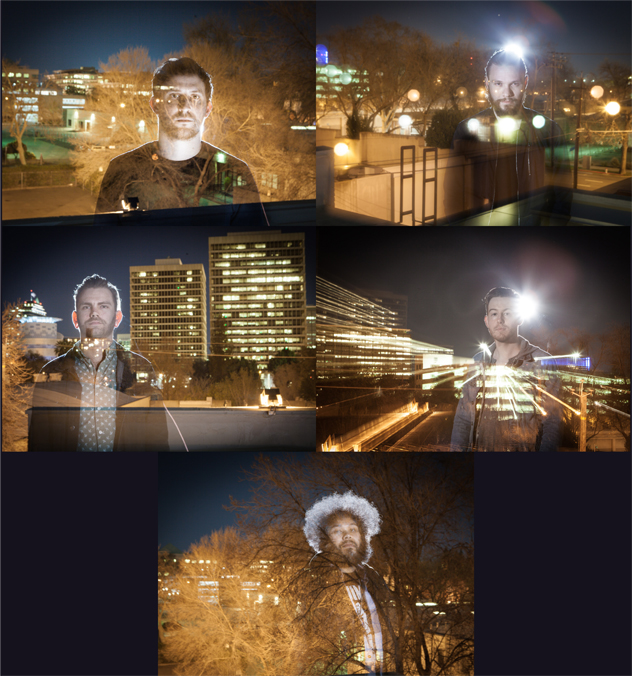 What are you most excited about on the new album?
Will Swan: I really like the rap I laid down on it…it’s really sarcastic and dirty and messed up, but it’s funny in the DGD rap style that I created for myself.

How would you describe this one?
WS: The song is kind of about being drunk and messed up, just a crazy night. My rap is from the “douchebag misogynist in the club” perspective.

What about you, Tilian? What are you excited about?
Tilian Pearson: It wasn’t necessarily as stressful as the last one, but there was more work involved. It’s definitely my favorite album that I’ve ever been a part of making.

Tell me about the writing and recording process on this one. It probably wasn’t actually “instant.”
WS: It was pretty instant…I don’t like to spend more than a day in practice getting the song down. I’ll usually come to practice with the skeleton and the parts and know what I want to do and then teach everyone and flush it out with Matt and Tim and by the end of the practice it’s done. And I don’t like revisiting my own shit.

How long do you think the whole process took?
WS: We didn’t spend more than a day on each song, so with all the practices together it was like 11 days.
TP: But that’s instrumentally.
WS: Once the music is down it goes to Tilian and Jon and they do their thing.
TP: The vocals take a little bit more time…the producer had a nice big backyard and it was raining the majority of the time. I could kind of pace around in the rain, listen to the stuff, and figure it out.

So all the instrumentals are ready and you’re just listening to it and writing over it?
TP: All the instrumentals are written first to a point where I think they’d be cool songs as-is and you would be able to just listen to the album as instrumentals and enjoy it. I feel like the vocals on this one—and I don’t think it was meant to be this way—wind up being more important than some of the past DGD stuff.
WS: Whatever it was instrumentally, once the vocals got put on it, the songs sounded completely different. It was like I was hearing it again for the first time. This record I felt even more of a transformation than usual from instrumental to vocals.

How have you guys managed to keep the same sound enough to keep a steady fan base when you’ve had, what, eight past members now?
WS: I have a very particular sound, and it comes out in what I write, and Matt has a very particular drumming style, and when he puts his drums to my guitar it makes a DGD sound. Everybody else adds their flavors too but the core of the song writing, of the instrumentals, still has that same sound and progression.

I’ve seen a lot of words used to describe your sound…hardcore, jazzy, progressive rock…how do you guys like being described?
WS: I don’t like having to confine things to genres…I have so many influences and listen to so much different music and like to try and put tidbits of it all into the songs. So of course it kind of has a heavier tinge to it but there’s all kinds of stuff going on.
TP: It also depends who you are talking to. If I’m talking to someone 60 years old, I’ll just say it’s punk rock. If I’m talking to a teenager, I’ll say it’s post-hardcore, funky, with a little bit of screamo influences.
WS: And if I’m talking to one of my religious aunts, it’s devil music.

What do you think the fans will think of the new album?
WS: I feel like this album covers the most ground. It’s got probably the heaviest song we ever did, called “Shark Dad,” and some of the softest stuff, like “Death of the Strawberry,” and “Legend,” one of the catchiest songs we have ever done, and also the heavy, spook-style, epic screamo stuff. It goes all over the place in a way that none of our other records ever have.

Do you have very specific fan groups?
WS: There are definitely cliques. But as much shit as they talk, they’ll still like the new stuff…they’ll say things like, “this just doesn’t sound like my favorite album. But I’m still probably going to pre-order it.”
TP: It’s interesting when people say, “I miss a certain album. Don’t you have it? Can’t you play it?”

Are people hard to please, just in general?
WS: I don’t think too much about pleasing the people as much as I do utilizing the people in the band to make the best album we can.

What would you like to see as the next evolution of the band?
WS: We’re still waiting for this album to come out to see what people think of what we just did.

But you said you don’t care what they think anyway, right?
TP: I want to hear it, and read it, and be like, I don’t care.
WS: It’s like comedy for me. I’ll go through and just see some of the mean things people say and it’s so shocking it’s almost like hearing a joke.
TP: Like when people actually speak to you directly on Twitter, or write a message like, I hope you actually choke on your food tomorrow and die, because you’ve ruined my favorite band. [Laughs]

What is one thing you think your fans don’t know about the band?
WS: I would like to be in the Illuminati, and if any fans have any connections that could get me in…
TP: When we play live, I don’t actually sing. I’m actually only here for my looks. So I’m basically a pretty boy lip syncher for the band.

Sacramento fans can catch Dance Gavin Dance on April 3 and 4, 2015, at their back-to-back shows at the Boardwalk, with guests Hail The Sun and other local openers (all ages, $17). Visit Theboardwalkpresents.com for tickets. Find out more Facebook.com/DanceGavinDance, or follow them on Twitter: @DGDtheband 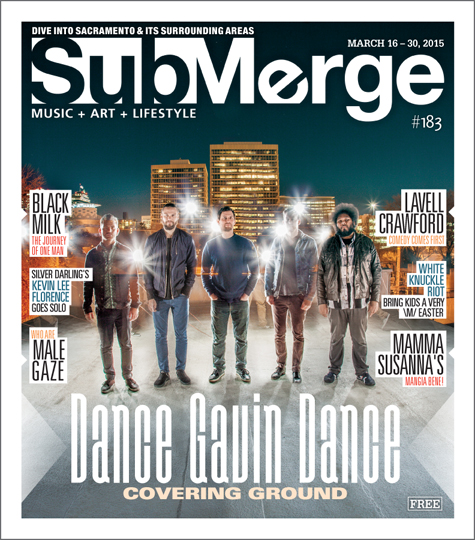