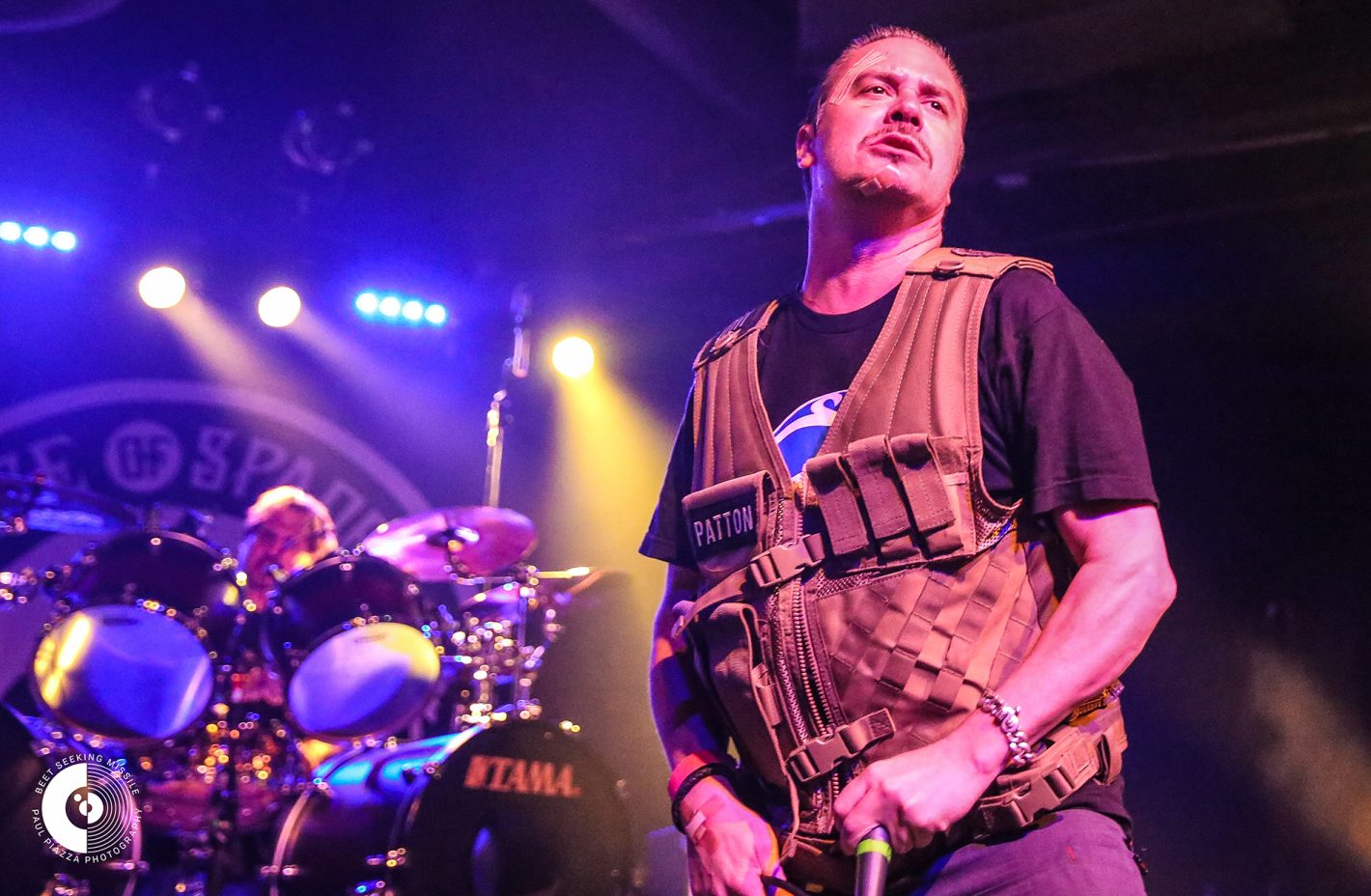 Over the years, vocalist Mike Patton has had a complicated relationship with Sacramento music fans. Although area music fans seem to love every band he’s been a part of, he’s worked hard for decades to get some extreme reactions from them with his confrontational stage tactics. The vocalist, whose most famous stints are with the groups Faith No More and Mr. Bungle, is known for his angelic vocals but he’s also pretty adroit at getting a rise out of a crowd wherever he goes. And for some reason, he has had a special place in his heart for Sacramento.

For example, when Faith No More opened for Metallica at Cal Expo in 1989, Patton confronted and berated the crowd throughout his band’s set. As a means to pacify the crowd, Metallica’s James Hetfield came out to join Faith No More on “War Pigs” near the end of their set. This had a soothing effect on the crowd, many of whom seemed ready to storm the stage due to Patton’s nonstop verbal abuse.

However, the singer’s most infamous event was in 2002, when his band Tomahawk were opening for Tool at Arco Arena. It was July of that year and barely a month after Western Conference Finals, when the Kings had gone down in a tough seven-game series to the Lakers in that very building. Unbeknownst to the fans at the concert, Patton is a huge Lakers fan.

During the second song of Tomahawk’s set, Patton asked the fans if they liked basketball. When they responded in the affirmative, he said he did too. Then, he unzipped the coveralls he was wearing, revealing a Kobe Bryant jersey beneath. This would have been bad enough, had he not followed it up by berating the crowd brutally about how much better the Lakers were than the Kings while particularly laying into Vlade Divac’s reputation. The room seemed to glow red with anger for the rest of the band’s set. There are still Kings fans who will not go see him perform with any band after that one.

Fast-forward to 2017 and Patton came out to Ace of Spades on this warm night with a new hardcore/metal supergroup called Dead Cross. The band features former Slayer drummer Dave Lombardo, The Locust/Retox bassist Justin Pearson and Retox guitarist Michael Crain. 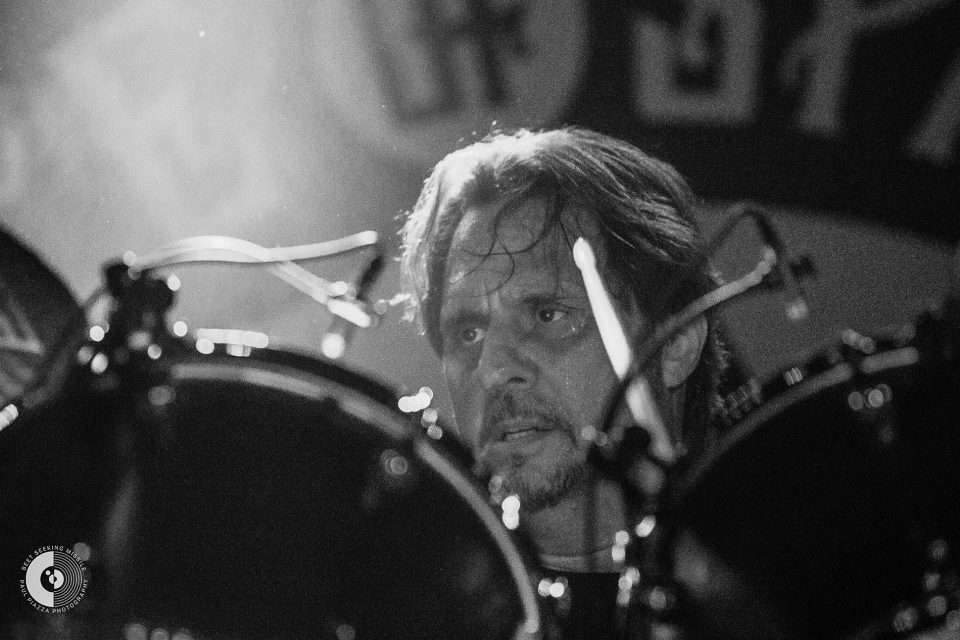 Patton, who turns 50 next year, may have mellowed a little bit with time. Having recently recovered from a skateboarding mishap while on this tour, the vocalist was in fine form, singing aggressively and careening athletically around the stage for much of the night. At times, he almost seemed polite, even thanking the crowd for their support on multiple occasions.

But let’s not kid ourselves, it was still Patton. At one point, he tossed the mic into the crowd and waited to see what would happen. One person went on an indecipherable rant, another muttered some slanderous words to the singer. People wrestled over the mic. Patton stood there looking at these folks like a disappointed parent, shaking his head after he had given the crowd enough rope to hang themselves. When he finally got the mic back he shook his head and said, “Fuckin’ Sacramento.”

As for the show itself, it’s important to note that Dead Cross have recorded just one album and it clocks in at 25 minutes. Therefore, since they were the headliner, their set had needed some extra beef. The band provided this as they took on “Bela Lugosi’s Dead” by Bauhaus midway through the set and “Nazi Punks Fuck Off” by the Dead Kennedys near the end.

Much of the band’s material was propelled by the powerful double-kick of Lombardo, the legendary Slayer drummer, who at 52 seems to be very much in his prime. On Dead Cross cuts like “Idiopathic” and “The Future Has Been Cancelled,” he was bombastic, precise and brilliant. Bandmates Pearson and Crain were solid players who kept up a frenetic pace during the entire set. 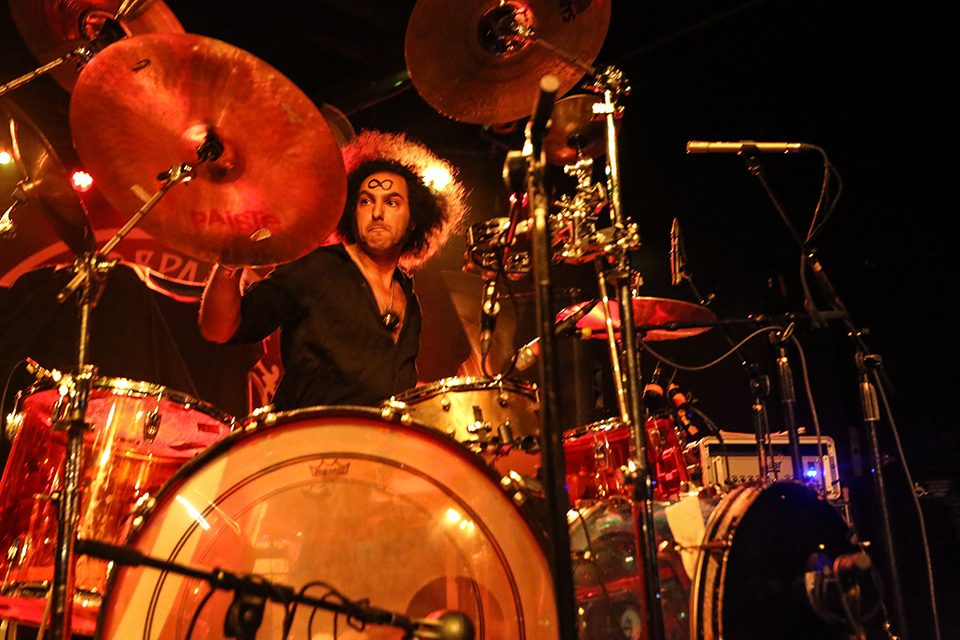 The openers on this night were Secret Chiefs 3. There were many in the crowd who had never seen this band and most of them came away greatly impressed. Led by Trey Spruance, who formerly played with Patton in Mr. Bungle, the five-piece band displayed a master class of musical chops. They dabble in many styles and have a sound that reflects interests in traditional Persian, Arab and Indian music that is blended with surf rock, death metal and film music.

A few of the things that wowed the crowd about Secret Chiefs 3 on this night were their dramatic and abrupt tempo shifts, stunning musicianship and the fact that they appeared so nonchalant about doing the whole thing while donning monk’s robes. There is a mystery about this band, however, that runs far deeper than the monk hoods though. According to their own press, they “continue to operate in blissful ignorance of current musical fashions, remaining only enchanted by what can be unlocked in modern mediums by applying a specific recipe of pre-modern, almost ancient processes to them.” 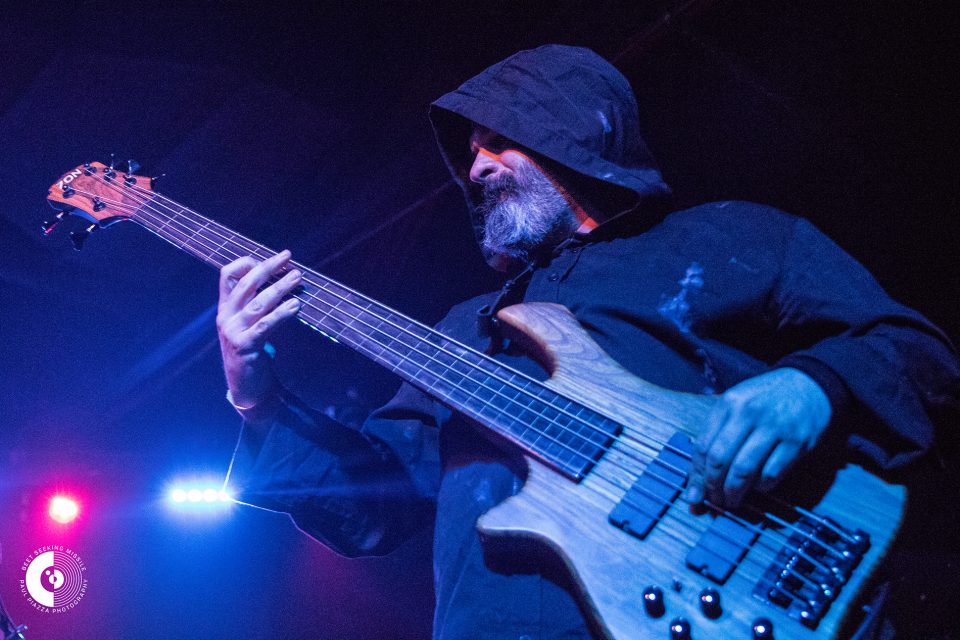 So it seemed appropriate that at the end of the night, after Dead Cross had finished the Dead Kennedys cover during their encore, that Patton began throat chanting as he kneeled on the floor while Lombardo provided the bass kick intro to Slayer’s “Reign in Blood.” The band momentarily launched into the beginning of that song, then made an abrupt and brief segue into the chorus of Faith No More’s “Epic,” and were done playing for the night. Then as Cuban soukous music blasted through the speakers, Lombardo came out from behind his kit and did the samba with Patton momentarily before dancing across the stage with a huge smile on his face. The only reaction they got from the crowd at the end of this great night was one of pure love and appreciation. 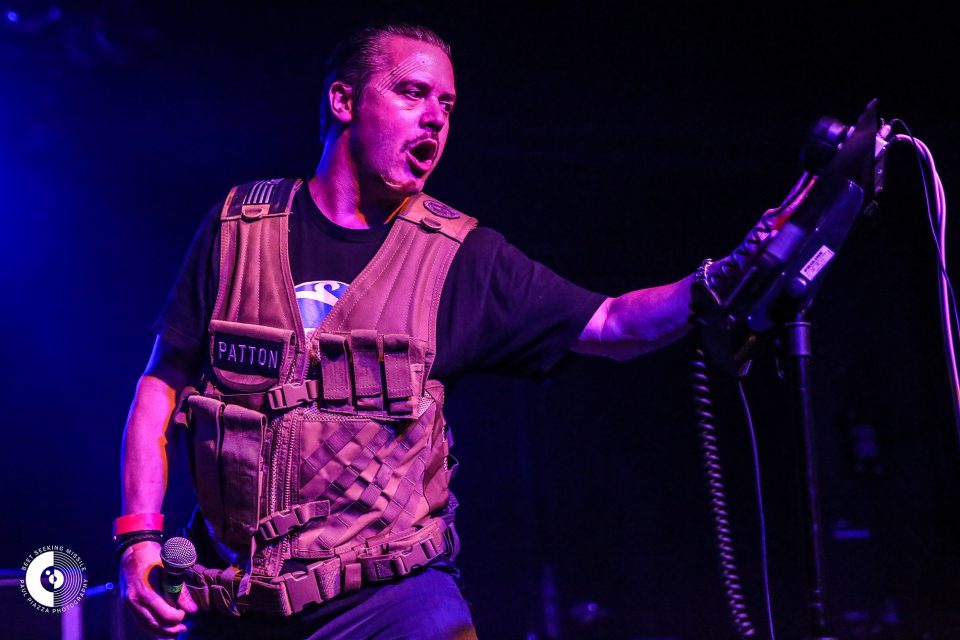