DEATH GRIPS TO TOUR WITH NINE INCH NAILS AND SOUNDGARDEN 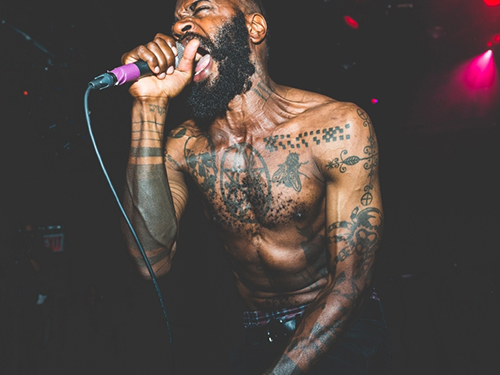 In what might be the weirdest tour of the summer, Sacramento’s rap/punk group Death Grips will be opening for Nine Inch Nails and Soundgarden. NIN frontman Trent Reznor has been outspoken in the past about his dislike of Soundgarden’s Chris Cornell, so the two musical powerhouses combining to co-headline a tour together is a bit of a surprise. Not only that, can you even imagine the looks on the faces of typical old-school Soundgarden fans as Death Grips takes to the stage with their ferocious, in-your-face, this-sounds-like-the-end-of-the-world type shit? It’s going to be hilarious. Someone should film their reactions and make a funny montage video for the Interwebz! Anyways, in typical Death Grips fashion, the tour does not come to Sacramento (I know it’s not their fault the tour doesn’t come here, but I’m going to blame them anyway since they haven’t played a show in Sacramento since 2011, and I’m still bitter about them flaking on Sacramento Electronic Music Festival in 2012!). Instead, you’ll have to make the trek to Shoreline Amphitheatre in Mountain View, Calif., on Sunday, Aug. 24, 2014. By the time you read this, tickets will be available. For more on Death Grips, visit Thirdworlds.net