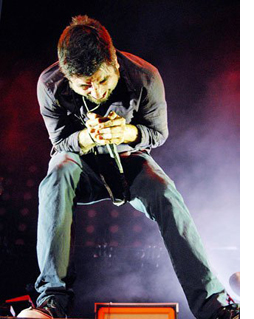 By the time you read this, hometown heroes Deftones will be working on their seventh full-length studio album, a follow up to 2010’s Diamond Eyes. While on tour with his new band Crosses, frontman Chino Moreno recently told Chilean website http://latercera.com/ in an interview that Deftones had finished writing and pre-production on the new record and that they would enter the studio in early July. Something must have gotten lost in translation, though, because not long after Moreno cleared things up by telling Argentinian radio station Vorterix Rock 103.1 that the band will “start recording next week” and that a new album will come out “October, maybe September.” Nick Raskulinecz, who worked on Diamond Eyes, has been confirmed to produce the new album. About the record, Moreno told http://latercera.com/, “I know everybody says this, but I believe this is the best record we’ve made. I’m very enthusiastic, because it sounds futuristic in comparison to our last one, so it feels like a step forward. The songs are very different from each other, not heavier or slower, but more dynamic, going toward several directions; it’s heavy, but beautiful.” Keep an eye out at http://www.deftones.com/ for updates.