Who’s the Illest? • Del the Funky Homosapien Keeps a Level Head in the Face of the Madness Around Him 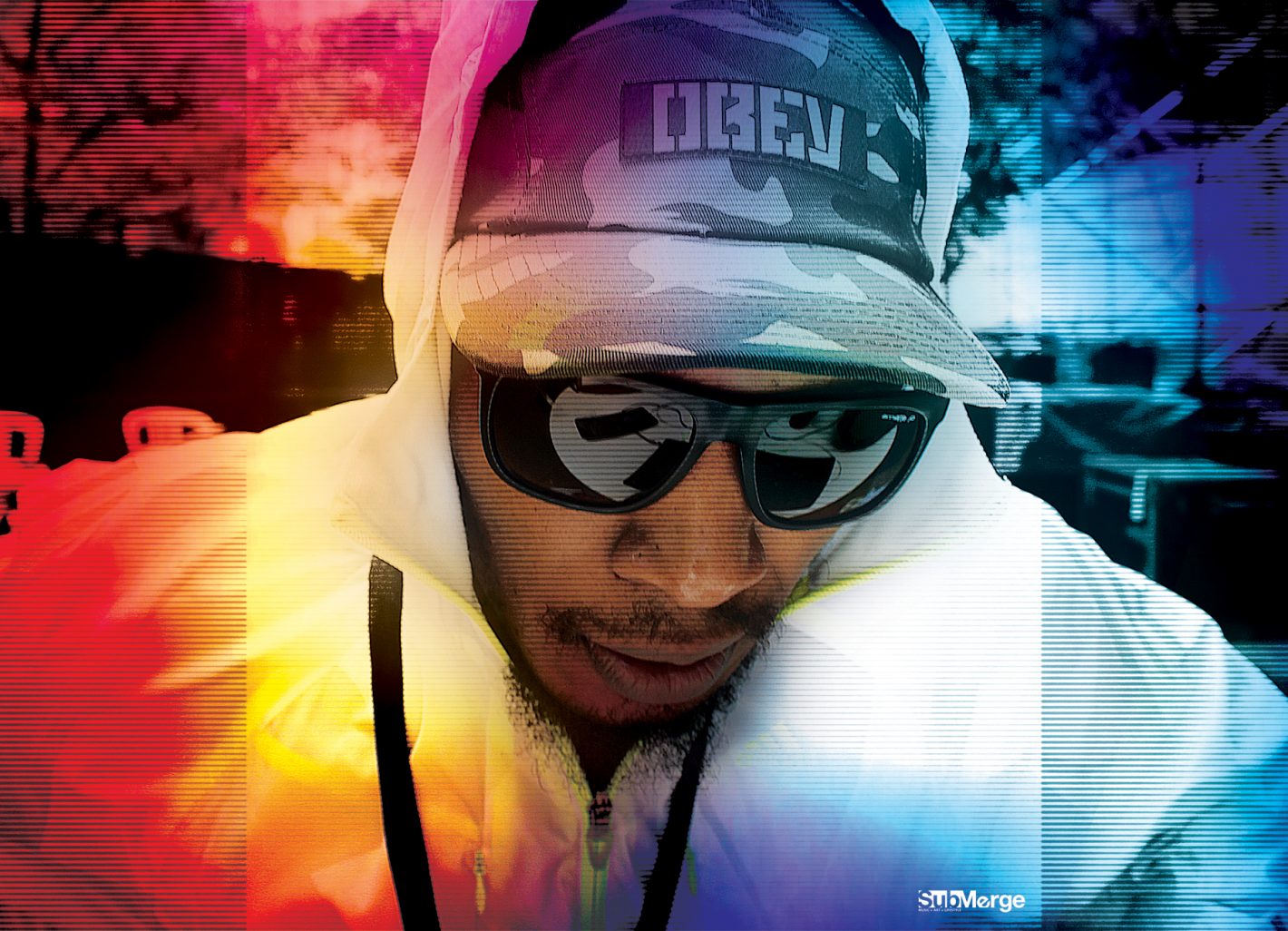 The ‘90s is considered the golden age of hip-hop. A Tribe Called Quest, Wu-Tang Clan, N.W.A., Tupac Shakur and The Notorious B.I.G. easily come to mind. The raw truth, political content, clever rhymes and seemingly countless notable figures have molded the style’s existence into the unique limitless genre it is today. One of those responsible is Oakland’s very own, Del the Funky Homosapien.

California’s role during the golden age is most notable for the rise of gangsta rap. Del was among those, however, involved with alternative types of reality. His rhymes consistently mark a distinct abstract sense of thought. He is known for his eclecticism and awareness of the past, present, and more dominantly, the future.

I was introduced to Del the Funky Homosapien’s sound through Gorillaz’s pivotal 2001 single “Clint Eastwood.” The track off their self-titled debut album shot them to stardom not only through the song’s melancholic tinges; the lyrics rapped throughout the tune by Del specifically kept audiences hooked. His verses make the song.

Though many give praise to Gorillaz and their own elaborate brilliance on the single, as a child I was frustrated and more concerned with understanding why the funky ghost from the video wasn’t rapping on all the other songs on the album.

Obviously, as I grew older I learned he wasn’t a ghost but an undeniable hip-hop legend. He’s had impressive albums like 1991’s, I Wish my Brother George Was Here (co-produced by cousin Ice Cube) and 2000’s Both Sides of the Brain. Plus he’s largely responsible for founding underground supergroup Hieroglyphics.

I got the chance to talk to Del the Funky Homosapien about what he’s been up to, his creativity and process, the Japanese language and his thoughts on today’s music before he headlines Concerts in the Park on June 9, 2017. 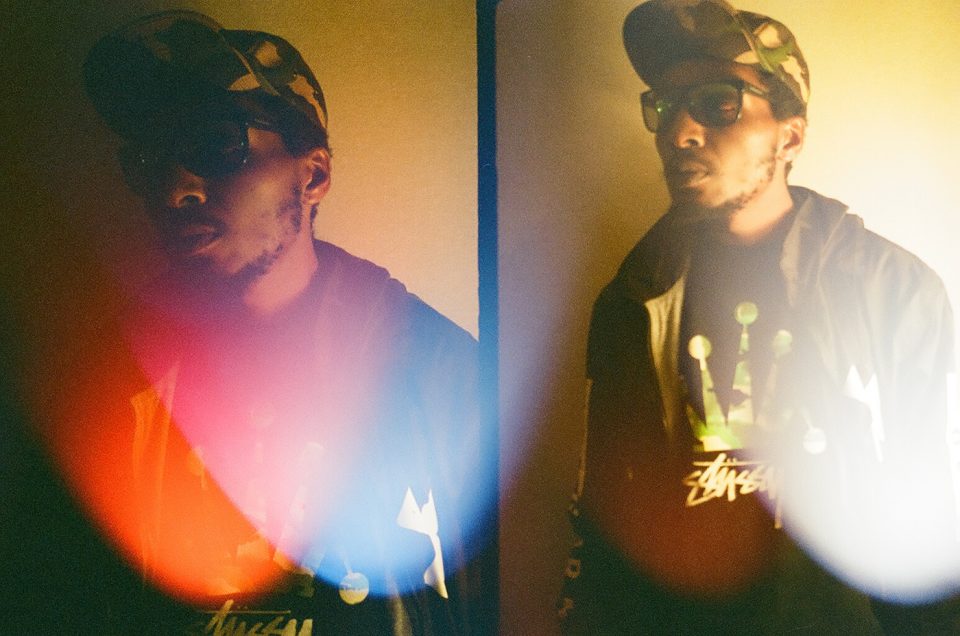 Your last release Iller than Most was put out in 2014 and in interviews circulating the internet you tease talks of new material. Can you tell me a little about that?
Basically I’m trying to update hip-hop sound. You know, I like the aesthetic from the ‘90s—the golden age, whatever you want to call it. I like the idea, the process. I think it needs to be updated. Other than battle rap, it’s [sound is] missing. I mean I’m not going to say it’s missing, because I’m not aware of everything that’s on the planet Earth. I don’t wanna offend nobody by saying, there is no hip-hop in existence unless I perceive it. But for me, as an artist and as a fan, what I want to listen to is not readily available.

What goes into making a Del the Funky Homosapien project? Where do you usually start?
It depends on what type of project it is. Something like Deltron takes several years to make. If it were up to me, it’d be pretty basic. I’m trying to keep my music more rhythmic than anything else. I don’t want it too melodic. Like my idea of music is more from an African, afro-centric perspective, based more on rhythm like funk or hip-hop too, centered-around beats.

You’ve worked with MF Doom, Wu-Tang Clan, Zack De La Rocha—the impressive list goes on. Do you have any new collabs in the works?
I just did a project with Amp Live. He’s a producer for Zion I.

When’s that going to come out?
I don’t know … It’s finished now. So we’re just trying to figure out what we’re gonna do with it. We think it’s good enough to be sold. But the industry is kind of dominated by, you know, a few conglomerates.

On “Stay on your Toes” (2000) and “Immediate Rap Hits” (2014), you not only talk about the lack of originality in popular hip-hop, but you also cover greed and the dangers of giving up one’s creative integrity for mainstream success. How have you stayed so centered and grounded throughout your career?
I guess it’s just my personality. There are certain things I’ll do and there are certain things I’m not gonna do. I’m not gonna do things that are not within my belief system or my integrity. No matter what it is.

Regarding new artists, who’s standing up with originality these days?
A lot of cats in New York are very creative. L.A., too. Daylyt. Disaster is extremely creative. This cat named Steams. I’ll just keep it simple. URL [Ultimate Rap League] and We Go Hard on the East Coast primarily are what I’m into. King of the Dot, Black Ice Cartel I’m into, too. So these are like [battle rap] leagues. So anybody on those leagues, you’ll be safe with probably.

In the battle rap scene, anyway.
Yeah, in the battle rap scene. But I feel if they made records they’d probably make bomb records too. But I think that’s part of what’s missing in the music now. And I feel like that’s a big reason why people stopped listening to it [hip-hop] because the lyrics started going from being fun and clever to, “I’m threatening you,” or, “I got more money from you. Now I’m richer than you.”

Do you go to anyone first about creative projects? Or do you just get an idea, stick to it, and then pursue it right away?
Sometimes I talk to people about it, but I’m pretty much by myself most of the time. I mean I just contemplate things. I’m trying to figure out solutions to questions or problems I might have either musically or lyrically. Right now I’m studying humor. Wordplay is about half of what humor is. That’s why I’m into it. Just to get my lyrics more clever, to surprise you, keep you entertained or keep you locked in with what I’m saying. Like Richard Pryor was a childhood hero of mine. But I never thought I could be involved with it all because I had a misconception about it.

In an interview, you mentioned studying the Japanese language in college. I hear the influences of the culture in your music. Have you spoken any Japanese lately?
Not very much. I studied for like three years but obviously if you don’t use the language, you’re not gonna be able to speak it. So I don’t know a lot of it. I know how it works, but if I picked it back up and practiced it, I’d know how to speak it, ‘cause I know the syntax. I would need more than a refresher. You know I’d need the whole set of vocabulary. It’s basically a lifelong thing you don’t just learn in a few days.

When I listen to your music, specifically Deltron 3030, I hear the future. It reminds me of the dystopian settings in classic novels like George Orwell’s 1984 and Ray Bradbury’s Fahrenheit 451. Do you have a favorite dystopian novel? And if so, have they played a role in your music?
I’ve read a few. Definitely 1984 is one of my favorite books. That was a big influence on just how I look at things. Another that comes to mind is One Who Flew Over the Cuckoo’s Nest. Not the book, but the movie. Jack Nicholson is in it. So that’s when I started being a fan of him, kind of really. His acting was just really good in that movie. But just what it was about was like mental institutions and how they keep dogging people.

Can you tell me about how you, Dan the Automator and Kid Koala came up with the stories for Deltron 3030?
Well, I pretty much came up with the stories, they sort of filled some parts in but like really me and a friend of mine was chatting, I guess on AIM back then, and came up with the need of it. Then in about two hours we had the core of what I wanted the Deltron record to be. This is the second one. The first wasn’t really about nothing. It was basically just me battle rapping. Everything was just in futuristic terms with futuristic imagery and language and all that.

Do you think there will be a third one?
There could be. Dan [the Automator] got the music all ready. I just have to be interested in writing it. But honestly it takes so much, and honestly, I don’t get that much out of it. I don’t feel like putting the amount of work in it, compared to what I should be getting back to.

Another level of it is like, “Why make a third one?” If it was me as a fan, after the second one, if I’d seen a third one, I probably wouldn’t buy it. Like I wish they would make another game other than Mario Bros. But they’ll probably never do it. They’ll just sit on that little nugget they got forever and just leach and blood suck it out dry

How do you maintain sanity in this chaotic world?
Man, it takes a lot. I’ll tell you that. From dealing with crazy people that come in and out of my life, I’m pretty relaxed for the most part. I don’t consider myself crazy, but it takes work to not lose your mind. I just try to keep focused on what I’m trying to do. I skate a lot, too. I’d say skating is something that helps me definitely settle my mind.

See Del the Funky Homosapien live for FREE at Concerts in the Park at Cesar Chavez Plaza, downtown Sacramento, on June 9, 2017. Also performing will be Soosh*e, The People’s Revolution and DJ Epik. For more info, go to Godowntownsac.com. Check out Del’s latest album Iller than Most via the Bandcamp player below.