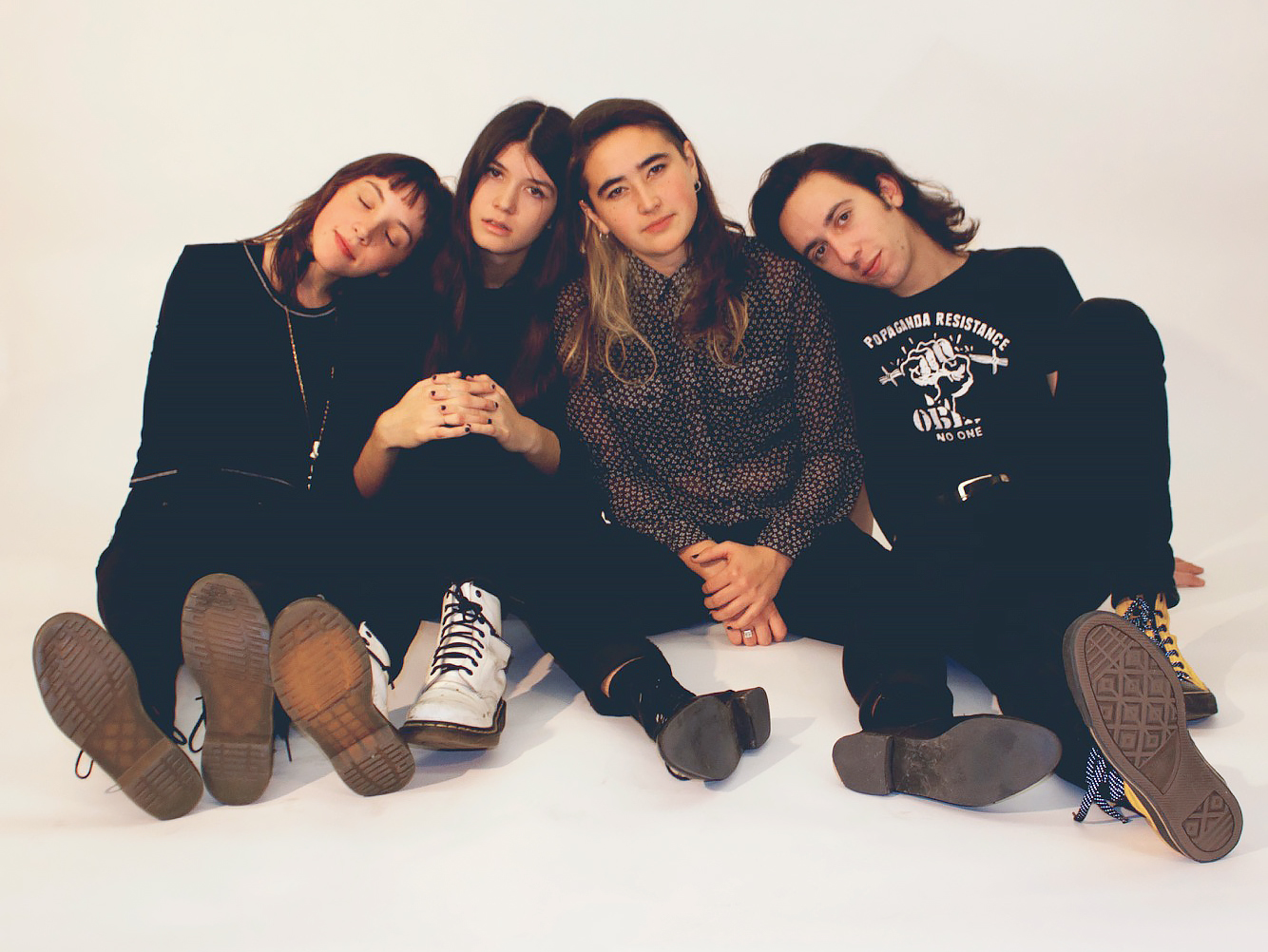 Vi Mayugba is admittedly a little distracted as we engage in conversation about her band, Destroy Boys, in advance of their impending Feb. 23 performance at Holy Diver.

“Sorry, I’m at my guitar shop job, so I’m kind of distracted, in case my answers sound a little far out,” she warns.

It’s a segue unknowingly gifted by Mayugba to help shape a narrative about the evolution of her band, one of the Sacramento area’s more popular punk crews, who in May 2018 moved to Oakland for higher education and to take part in the same storied East Bay punk community that birthed Operation Ivy, Green Day and Samiam, amongst many other less well-known bands.

The fact that Mayugba has the opportunity to be distracted at her day job with band business on the phone is telling of the focus with which she approaches Destroy Boys, the project she founded with bandmate Alexia Roditis in 2015.

“I’m a little bit of a workaholic,” admits Mayugba. “I love leaving work and then coming home to do Destroy Boys stuff, so it’s pretty easy for me to divvy it up.”

Since the band’s departure to the East Bay, they’ve finally solidified a permanent lineup, recruiting bassist Falyn Walsh and drummer Narsai Malik to the core, and have peppered in lots of live shows across the West Coast, as well as a U.S. tour in support of The Regrettes just before the Fall 2018 release of their sophomore record, Make Room, via Uncool Records.

Make Room is a blitzkrieg of an album, positing a bold exposition of angry punk rock from four kids who’ve just recently graduated high school, and whose first record—Sorry, Mom—was recorded when they were just 16. The album, says Mayugba, is a study in growth beyond the halls of high school to the decidedly more daunting wiles of an adulthood that they may have thought meant an escape from the doldrums of public education, but instead proved to be every bit as lame.

“We’re in our first year of college,” explains Mayugba. “We got thrown into adulthood a little bit—this is really hard. That’s our whole deal with [Make Room] is taking our youthful struggles and then adding, like, a horrible sprinkle of adulthood into it.”

Mayugba and Roditis write with a humorous sneer on Make Room, a trait that Mayugba relishes, but one that she and the rest of the band are cognizant of within their songwriting oeuvre. Unabashedly adolescent, the album earmarks touchstones of growing up and hating the whole goddamn shitty world.

“We kind of look at our own situations with so much disdain that we might as well make jokes out of it,” says Mayugba. “I think that something we try to incorporate a lot is exaggeration of our situations. ‘American River’ is basically about not wanting to wake up for school; that’s all it’s about. Then we take it and we make this very intense storyline, add a lot of weird metaphors and paint a lot of pictures, and I think that’s what makes an interesting song. We can all relate to that. We all know what it feels like to get up in your 10th grade year and be like, ‘fuck this.’”

The production upgrade from the lo-fi blast of Sorry, Mom is evident immediately on Make Room, thanks to the engineering prowess of Martin Cook (Death Cab for Cutie, Muse), as well as in the crisp performances by Enzo and Chris Malaspina, who recorded bass and drums, respectively, on the record. Bolstered by the sonic headroom, Mayugba and Roditis’ songs were given more robust foundations upon which to navigate their noisy whims.

The album meanders through a time capsule of American ‘90s punk rock, beginning with the bona fide slacker-punk single “American River.” The immediate, blunt force of the opening track’s seething humor is followed up by the scathing “Methatonin,” a buzzsaw punk classic in the vein of Another Music in a Different Kitchen-era Buzzcocks or pre-Nevermind Nirvana, with raucous rhythmic propulsion ratcheting up the intensity. The band’s well-schooled studies usher in the vaguely No Doubt-ish “Vixen,” where Roditis’ sultry vocals are given a chance to croon a bit, even when the song gallops in a four-four onslaught. Tracks as textured as the plaintive, decidedly non-aggro “Piedmont” introduce still more layers, where candid missives on social isolation are put under the microscope. Other tunes pay seeming tribute to skate-punk and hardcore (“B.F.F.,” “Duck Eat Duck World”), but the band’s anthology of angst never seems contrived. Instead, their songs come across as honest memorandums from some pissed-off kids—millennial mantras for a new breed of punks.

“We just played Reno, and this kid came up to us and was like, ‘That was my first concert ever, and I can’t believe how good you guys were!’ And I’m like, ‘That is literally the best thing I’ve ever heard.’ How lucky are we to be able to be someone’s first concert? It was amazing.”

With the new year comes even more opportunities for Destroy Boys, including their first ever overseas performances. The band will support Oakland’s SWMRS for five dates on the U.K. leg of their upcoming spring tour.

“We are fucking over the moon about it!” reports Mayugba. “It’s our first time ever across the pond. I’ve never even been to Europe, so it’s gonna be pretty cool.”

The band’s also working on new material for an eventual follow-up to Make Room, though in keeping with the band’s affinity for artistic and conceptual growth, that task is incubating at its own pace, a nod to the more laborious approach the band took on Make Room coming off of the more spontaneously conceived Sorry, Mom.

“It’s a more drawn-out process than one of us writing a whole song, and then saying, ‘Play four-four drums to this,’” explains Mayugba. “Which we did on our first album [laughs].

“We’ve only been a band for a little over three years, so we’re not the most experienced musicians, but I think that we really pushed ourselves with [Make Room], and we continue to,” she continues. “We wrote our first new song since the release of Make Room, and it took us literally a month. We finally played it all the way through together as a band, I recorded it on a voice memo, and you can hear us all cheering when we finally played it all the way out. It’s super satisfying and it feels really good to create something that you’re really proud of.”

With new adventures comes new fodder for songs, new perspectives and new aural terrain for any band. For Destroy Boys, time is on their side, even if their next record takes a little longer to write than they’re used to.

“The next record, I don’t know what it’s gonna be about yet,” says Mayugba. “We’re all working a lot, so maybe our next record is gonna be like, ‘We all hate our jobs.’”

Catch the triumphant return of Destroy Boys at Holy Diver (1517 21st St.) Saturday, Feb. 23, 2019! Opening the show is Madd (from Chico) and queer-punk duo Slutzville (from Grass Valley). Tickets are $10 in advance, $12 day of show for all ages, and the show starts at 7 p.m. For more info, visit Holydiversac.com.