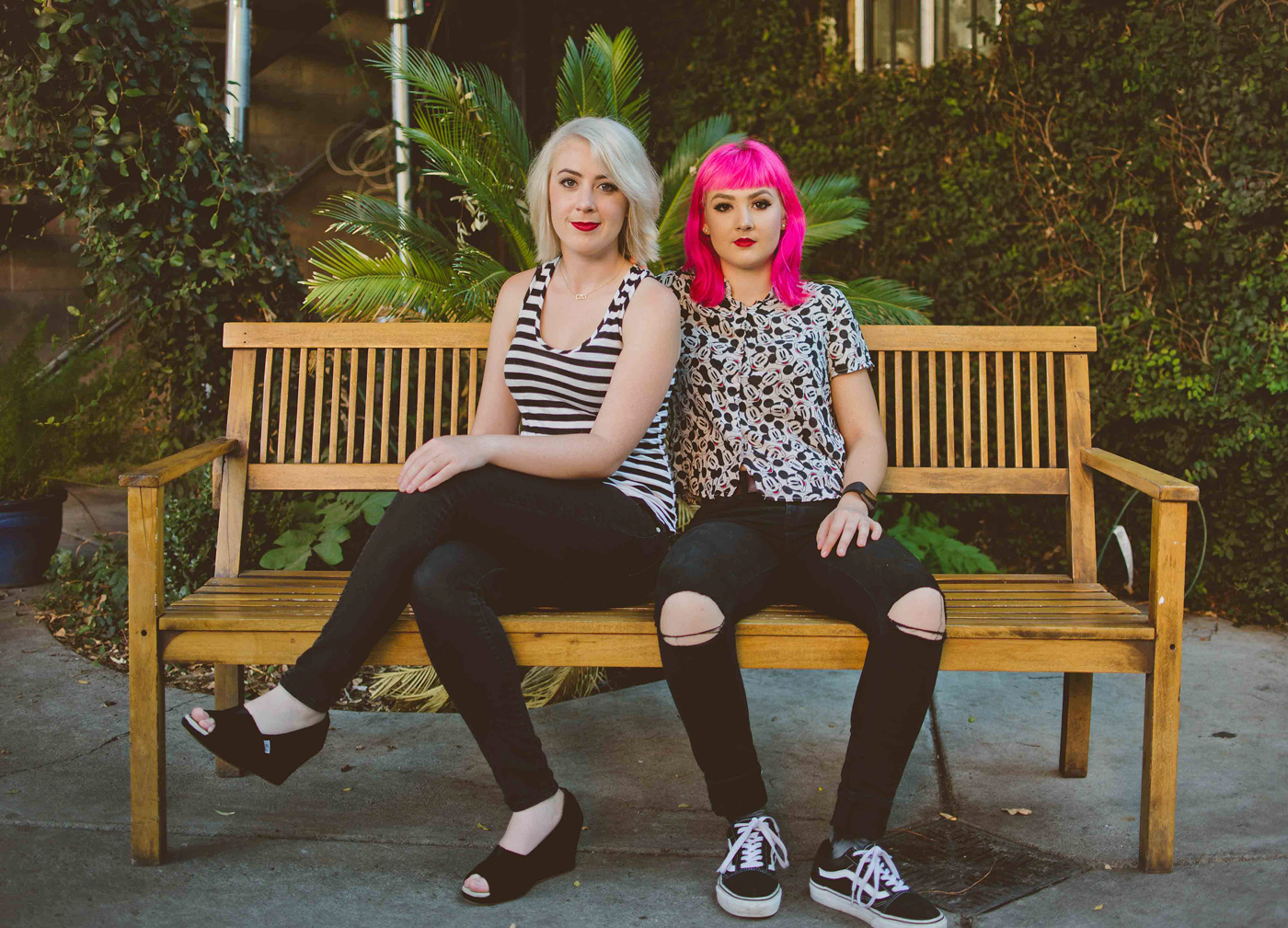 With both members still being under the age of 21, Sacramento-based punk-rock sister duo Dog Party sure has a lot of major accomplishments checked off the ol’ bucket list. They have toured all across the United States and Europe, released albums on such notable labels as Asian Man Records and Burger Records, they’re even on freaking Netflix for crying out loud (in Punk’s Dead: SLC Punk 2), and now this latest huge announcement: Dog Party will be touring with East Bay punk legends Green Day! That’s right, the multi-Grammy winning band that’s sold more than 75 million albums worldwide is touring in support of their new album Revolution Radio, due out Oct. 7, 2016 and they’re taking a Sacramento band out for a portion of the tour! How rad is that? The run of 10 shows that Dog Party will open hits smaller clubs in cities like Boston, St. Louis, Chicago, Detroit, Washington D.C. and others, with the closest to home being Berkeley on Thursday, Oct. 20. “Lucy and I are both super stoked about this amazing opportunity,” guitarist/co-vocalist Gwendolyn Giles recently told Submerge.

“I was dying to see the American Idiot tour, I think I was in fifth grade, but my parents didn’t let me go,” she remembers, ironically pointing out that, “Just a few weeks ago I was actually thinking about how I’d probably never get to see them play.”

Most if not all of the shows Dog Party is on pretty much sold out instantly, which is really no surprise, seeing as how Green Day could easily fill arenas in all of those markets, and in fact, after their stint here in the States, they’re heading to Europe to do just that: play arenas. “Green Day is such a great band and it is so cool watching the progression throughout all of their records,” drummer/co-vocalist Lucy chimed in. “It’s just going to be so wild to be touring with them.” You might not be able to snag tickets to their Berkeley show with Green Day, but you can see Dog Party before that in Oakland at the Metro on Saturday, Oct. 8 playing with Danger, SWMRS, The Garden and others. No Sacramento dates booked as of now, but keep an eye out at Dogpartylive.tumblr.com or Facebook.com/dogpartylive for updates to their tour schedule. Congrats girls, keep kicking ass and making us hometown fans proud.