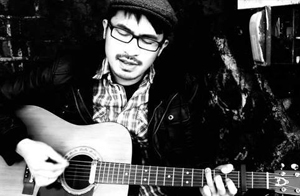 Any Radiohead fans out there? If so, would you like to see, hear and experience a bunch of Radiohead classics in a live environment without having to pay, like, $87 for a ticket and without having to drive to the Bay Area and back? You’re in luck! A huge group of some of Sacramento’s most talented musicians are bringing you the second ever Radiohead Tribute Show at Marilyn’s on K on Friday, May 30, 2014. Hosted by local boy on the rise James Cavern (who also headlines Concerts in the Park earlier that same night), this show will feature a special performance from local ambient rockers Life In 24 Frames and an exciting set featuring names such as Lindsey Pavao, Autumn Sky, Eddie Pig Underwood, as well as members of local bands Saint Solitaire, Odamé Sucks, Cold Eskimo, Joseph in the Well and more! The Facebook event page says “From the rabid guitar play of ‘Electioneering,’ hypnotic sounds of ‘All I Need,’ to the haunting sounds of ‘Exit Music’ we will cover an array of Radiohead favorites!” This show gets underway at 9:30 p.m. and is just $5, but as the official CIP afterparty, if you’ve got your wristband on, it’s free.99! To learn more about the event’s host, hit up Facebook.com/JamesCavernMusic