Don’t miss your chance to see The Golden Ghosts 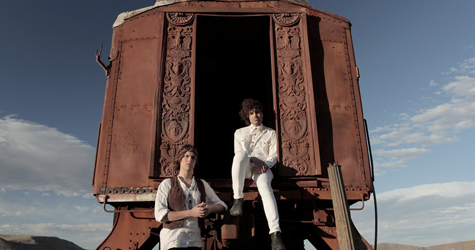 The Golden Ghosts are a buzzing new Los Angeles-based duo consisting of Riley Bray on guitar and vocals and Justin Goings, who has strong Sacramento music scene ties having played in bands like Mister Metaphor and Jeepster. Their music is groovy and really quite infectious; and with them touring through the area soon you’ll have quite a few chances to check them out live. On April 25 they’re playing at Luigi’s Fungarden, April 26 they’ll be in Nevada City at CafÃ© Mekka, April 27 they are at Luke’s Lounge in Dixon and on April 28 they will be at Plainfield Station in Woodland. Also, you can catch them on May 20 alongside Agent Ribbons and Roman Funerals at Cesar Chavez Park in downtown Sacramento as part of the annual Friday Night Concerts in the Park series.
-J. Carabba