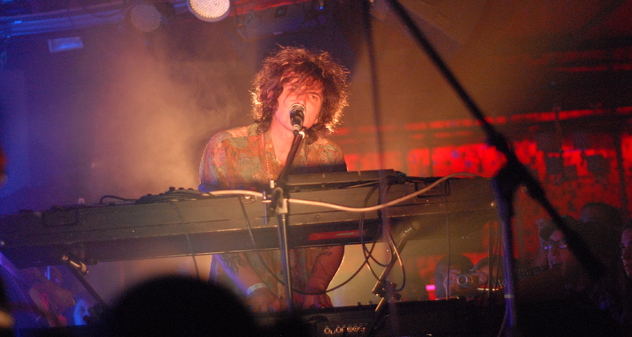 Recently turned on to Youth Lagoon, I’ve since been pairing their two albums, The Year of Hibernation and Wondrous Bughouse, with my daily morning coffee intake. Their dreamlike, underwater qualities make for an easy transition from half asleep to wide awake.

The brainchild of frontman Trevor Powers, Youth Lagoon hails from Boise, Idaho, and is signed to Fat Possum Records. Trevor describes his songwriting process as a mechanism to sort his thoughts and transfer his fears, and his music is accordingly not dissimilar to a roller coaster ride. Naturally, I was excited to hear about their appearance in Sacramento, booked by Abstract Entertainment, at Harlow’s.

Early into the first set, it was apparent that Youth Lagoon would be enjoying a decent turnout from Sacramento fans—the nightclub was already teeming with hipsters confusingly donning flannel shirts in spite of the warm summer night.

My mother always warned that if I couldn’t say something nice, then stay mum. So I’ll say little about the first act of the show, Roxanne from the Sandwitches. Her off-key soprano narrative atop her acoustic guitar made me feel uncomfortable, like an accidental voyeur peeping a broken-hearted amateur’s cathartic practice session.

After an inordinate amount of time following her exit, a quartet of scraggly musicians in tight jeans emerged nonchalantly from the green room and took the stage. This San Francisco-based, newly formed alliance called TIARAS was promoted as being partly comprised of ex-Ganglians and Fine Steps members. Three electric guitarists, a bassist and their menagerie of pedals created a beautiful, psychedelic soundscape, but TIARAS had an upbeat, danceable quality thanks to the drummer and cadence of the vocalist. The lead singer, Kyle Hoover, who resembled a hungry lion, brushed his long, side-swept blond hair out of his face, requested more reverb on his vocals and cuddled his guitar throughout their well-received set. 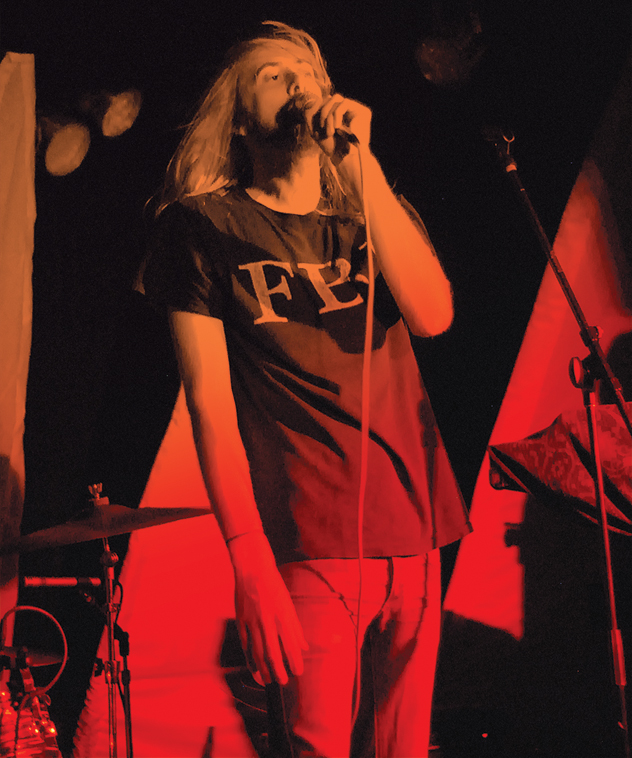 Then came the moment the now completely full house had been awaiting: Youth Lagoon assumed the position within an arc of giant canvas jaws lit up by a rainbow of colors, while exhalations of pink smoke seeped from between
the teeth.

Trevor Powers manned two stacked keyboards, adjacent to which was a tiny organ synthesizer. His touring band was made up of a guitarist, bassist and drummer, too, which sometimes rescinded into the background quietly to let the keys speak alone, to let Trevor sing softly.

Characterized as neo-psychedelia, Americana, indie rock and dream pop, Youth Lagoon’s genre-bending music dynamically transitions many times mid-song from calliope, to hymnal, to spacey, to driving, to noise—to pretty much anywhere on the spectrum of sound—seamlessly, skillfully and strategically, taking the listener on a journey through internal and external galaxies. Trevor beat his fists against his keyboards while playing restless arpeggios, and his band lifted the feet of the audience off the floor with climbing crescendos that culminated in eerie, cosmic plateaus. Then after carrying us across a starry expanse, Youth Lagoon cast us down cliffs, and we plummeted gladly in dramatic dirges before being hypnotically lifted up again.

Just as someone who’d nearly succumbed to submergence, Youth Lagoon left me feeling like I’d sunken into a deep, murky pool, struggled, panicked, gasped for breath—then, mercifully, a cloak of peace draped my consciousness and plunged me into a lucid euphoria. The bony fingers of death wrapped tighter and tighter around my throat until I was about to surrender…then let me go. It feels good to drown, and even better to live to tell about it.