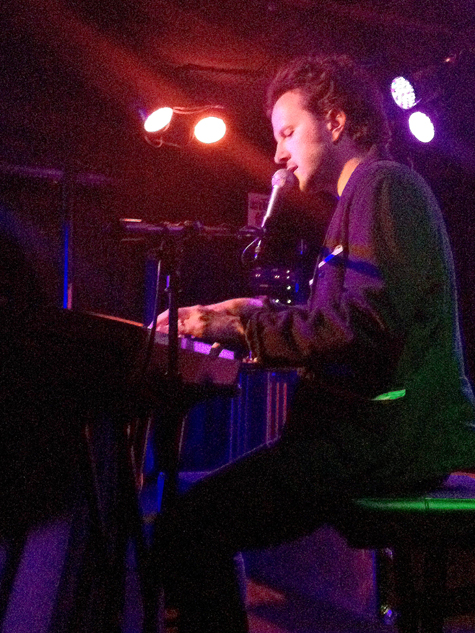 For roughly 15 years, Mason Jennings has been creating a palatable brand of folk pop that has gained him the adoration of fans and critics alike. Jennings possesses the keen ability to put you in his shoes with lyrical stories that could apply to any American’s life.

About 20 minutes after the billed show time, the quickly increasing crowd loudly socialized in small groups close to the stage. It was assumed at this point an opener would soon be coming on stage, but instead Jennings emerged from behind a curtain and grabbed his acoustic guitar and harmonica. He finished tuning his guitar and looked up at the eager crowd stating, “Good Evening. Thanks for coming.”

Touring in support of his new album Minnesota, Jennings pleased the crowd by playing an eclectic mix of tunes from nearly all of his 10 albums. He opened with “Crown,” a classic fan favorite from 2004’s Use Your Voice, which tells a story of the pain and confusion sometimes caused by romantic relationships. He followed with the upbeat “Living in the Moment,” which expresses post-relationship matters with close friends. Jennings cited his travels in Northern California as being inspiration for songs like “Darkness Between the Fireflies.” He also mentioned his roots, having grown up in Honolulu, Hawaii, which may have contributed to his laid-back approach that can be perceived as pure and effortless.

Jennings has always possessed a savvy ability to write catchy, folk-y pop tunes with personal lyrics that come directly from the heart. And whereas dime-a-dozen folk/pop artists emerge too frequently lacking authenticity, Jennings continues to stick to his guns of pure songwriting, but has upped his game expressing he has been spending more time playing the piano, learning how to read music, and practicing Bach songs. Jennings’ music provided sentimental feelings with nearly every song performed, fitting for the final days of summer.