Eyes on the Prize, Quinn Hedges 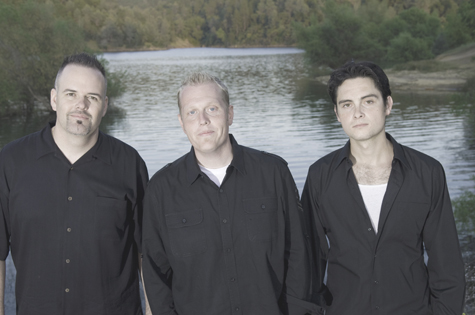 An infamous problem among artists–musicians specifically–is a lack of motivation. Sure, they love to play, but that’s the just tip of the iceberg when it comes to the workload of a musician, and not many are willing to put in the effort. There’s show-booking, recording, media management and of course, practicing. That’s what makes ambitious artists like Quinn Hedges so celebrated. Not only is Hedges a hard-worker, he’s well mannered. During Submerge’s interview with the singer/songwriter, he was attentive and focused, modest about his music and generous with his pleases and thank yous. He seems generally grounded about being a musician–another rarity. Maybe that’s because music was always something that’s been second nature for him.

Hedges grew up in a musical environment and picked up the guitar by the time he was 15. After his father was relocated by Hewlett-Packard to the West Coast, Hedges left his home in Delaware and settled into Northern California. Shortly after, Hedges went to Sonoma State for a degree in Music. During his time in the Music Department he learned the basis for his work ethic. Hedges reflected on the head of the jazz department saying that if someone wants something bad enough, they’ll get it.

“To hear someone like that, so overly critical, say something like that, it kind of stuck in my brain,” Hedges said.

Clearly that advice was taken to heart, because Hedges has been persistently working on music since. After graduation, he began slowly working his way into the Sacramento music scene, starting with small acoustic shows at wineries throughout the area. Finding a steady community through these shows proved to be a bit of a challenge.

“It was a struggle trying to find a place that would regularly hire you,” Hedges said. “I’ve paid my dues in the last seven or eight years, and I’m seeing the pay-off now where places are booking me as a regular.”

While it’s been a bit difficult, Hedges’ hard work over the last several years has finally begun to show. He has worked his mailing list up to nearly 1,000 people and has started to be really embraced by his community of listeners. His consistent effort has also helped him to develop strong relationships with venues throughout the Sacramento area. He now regularly plays happy hours and night time residencies at well-known establishments such as The Torch Club, Pizza Rock, Hyatt Regency and Davis’ Bistro 33.

“It’s cool because if someone catches me playing at The Torch Club, they’ll come back to The Torch Club,” Hedges said. “I’m starting to see more familiar faces at those venues where they saw me first.”

From these types of interactions and regular performances, Hedges has started to build a solid fan base, which helps him to feel like his persistence has been worthwhile.

“Although it’s been a lot of hard work, it’s starting to pay off with the following,” Hedges said.

The group plays officially under the name The Quinn Hedges Band, and over the last three years the trio has taken Hedges’ sound and accessorized it, going from more acoustic skeletons to full-bodied bluesy rock songs. Bassist Aguirre provides a strong underbelly while drummer Yessen keeps a steady pulse that tends to brighten the mood of the songs. Playing solo can tend to be more limited in terms of sound experimentation, but having that group support has given Hedges a chance to try out new ideas and sometimes play a more aggressive style.

“Playing with a band allows me to let loose on the electric,” Hedges said.

The result is their upcoming release, Step Outside. While Hedges is still the solo songwriter, the album is a group effort and marks Hedges’ first full-band release. The individual tracks are versatile, going from more jam-based energetic numbers like “Crazy” to scaled-down, nearly ballad-esque tunes like the title track. The trio’s rootsy feel provides a solid base for Hedges breathy, easy listening vocals, similar in sound to other smooth vocalists like John Mayer. The band manages to mix a sensual intimate feel (thanks in large part to Hedges’ voice) while keeping things fun and lively with mid-song jam sessions. Those interludes also show that this is a tight-functioning band working as one unit, which Hedges hopes comes across to listeners.

“It’s been a long time coming for the band, it shows that these aren’t just a bunch of songs thrown together,” Hedges said. “It also shows a maturity in my songwriting from my previous album.”

Hedges has been releasing material since 2006. This newest album (his third release) gives fans a chance to see Hedges step away from his softer, solo-based style and play more rock-based crowd pleasers. Maybe even a little more cheery.

“My last album was solo acoustic. It was fairly dark, but this has some more upbeat stuff,” Hedges said.

Lyrically, the album follows suit with Hedges’ previous work and focuses on his own experiences, varying from individual relationships to larger universal curiosity.

“There are a couple songs just reflecting on life, there are definitely a bunch of songs about women,” Hedges said. “I kind of tend to write from a personal standpoint.”

His vulnerability is highlighted on songs like “Feel This Way,” which reflects Hedges’ personal questions, complemented by bluesy instrumentation with a strong interludes of electric licks and splashes of cymbals that help the song maintain an intimate feel.

The album is not only aided by the help of a band, but family as well. Hedges’ father, Bernie Hedges (who plays in Sacramento-based The Blues Hounds) plays pedal steel on the title track. Hedges’ sister Hilary Hedges (who plays in the cover band, The Hits) also added to the record, along with drummer Yessen’s father, John W. Yessen.

After the release party on Aug. 15, 2012 at Harlow’s, Hedges plans to continue playing consistently around Northern California, keeping up with his current residencies and focusing on getting the album to a wider audience. Hedges even has additional material that could lead to “possibly another album on the horizon,” Hedges said.

“Just pushing as hard as I can,” Hedges said.

Quinn Hedges is true to his word with shows lined up in various venues around the Sacramento area throughout August and beyond. His CD release show, however, should not be missed. You can catch Hedges and his band at Harlow’s on Aug. 15, 2012. Go to http://harlows.com/ for more info. Davis music lovers can also see him on Aug. 17, 2012 as part of his residency at Bistro 33. He’ll be back in Sacramento at Torch Club on Aug. 21, 2012.