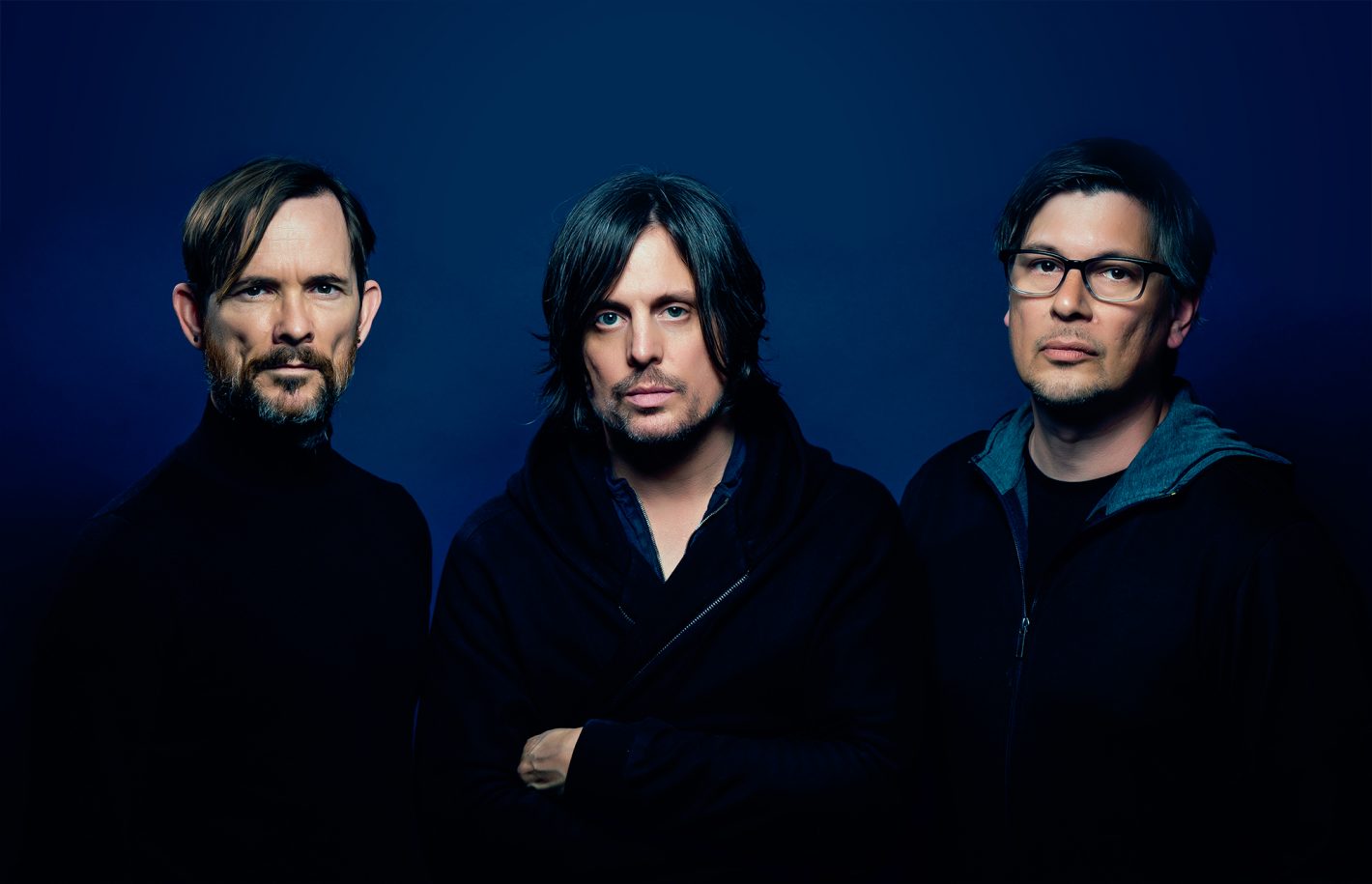 From being considered ahead of their time, to finding the right time, Failure (Ken Andrews, guitars/vocals, Greg Edwards, guitars/vocals and Kellii Scott, drums) is currently meandering America, introducing new fans to their enduring sound of loudly layered, thick, technical rock.

Thanks to streaming outlets and word of mouth, Failure is more popular than ever. I caught up with Greg Edwards, whose vocals were in mid-tour form. Edwards opened up about his views on modern technology, how his writing process has evolved and the newfound popularity of his band.

“There’re young people at our shows now,” said Edwards. “I think a lot of them are turned on to us by their parents.”

But while parents were sharing Failure with their children, the band was not only on an extended hiatus, they weren’t talking.

“There had been probably five years where Ken and I just didn’t talk at all, because it ended pretty abruptly,” said Edwards. “Things were not good with us personally at that point. Things were not good with me, personally … my health … the way I was living. I wasn’t really someone who could be communicated with in any kind of rational way. So, the band just ended. And five years later, after we had both done other things and I had done Autolux, we got together.”

It was only after becoming a parent himself, and through a series of hangouts, that a Failure reunion become possible.

“We both had kids right around the same time, so we started hanging out socially on playdates,” said Edwards. “It was kind of always more and more, every time we hung out. It just felt like more and more molecules in the air causing pressure for the subject of Failure to be brought up.”

Were you hoping for a reunion?
I was just enjoying reconnecting with an old friend in this totally different context. I really wasn’t thinking about that. I’m pretty happy with Autolux. That was my world, musically. I never really considered Failure getting back together. In fact, the idea of a band getting back together after that many years just kind of seems a little lame to me. What are you going to do? Regain some former, half-assed past glory? What’s the point and how good could it possibly be? That would be my attitude toward us if I wasn’t in the band.

But you are in the band, so what should people expect?
The last thing I wanted to do was put out anything that was mediocre or trying to recapture something we had done on Fantastic Planet. If we were going to do this, we had to push forward. If you look at Comfort to Magnified to Fantastic Planet, each of those records are very different; each one has its own identity. Really, we just had to continue with that. We’re not completely abandoning everything about the sonic palette of Failure; that’s always there, but we’re always pushing and exploring.

You mention pushing and exploring. How has your writing style evolved since the band was together last?
One thing for sure is I think I’ve gotten better as a songwriter. I’m more capable in terms of getting at what I’m trying to. Moving one part to the next melodically and harmonically just comes easier to me, and I’m able to access the kinds of moods that I want. Like, if I know I want a song to feel like this, going from the verse to the chorus, I don’t have to experiment so much. I know how to get into the ballpark quicker. So, it’s a lot faster.

In terms of Ken, he is a professional mixer and producer. That’s what he does when he’s not working on Failure stuff. So, that’s a huge benefit to the band because when we’re working on all of the creative stuff, and the writing process, that’s all done under the infrastructure of his studio and he’s very organized. Therefore, any idea can go from the raw music form to the finished product in a fairly fast amount of time. We don’t need to give it to someone else, or go back and forth with someone else. From knowing each other for so many years, the communication is really quick. The trust is there, too.

Have you noticed a difference in writing lyrics?
Lyrics are always tough. It always seems in the abstract you can have anything to talk about. How do you start talking about anything poetically or lyrically? It’s a strange thing. But, somehow, every time Failure has made a record, there’s always something going on both personally and on a larger scale that just drives the whole process.

How did your last album, In the Future Your Body Will Be the Furthest Thing from Your Mind, come about? It was originally released as four separate EPs, right?
The title of the record came first. I’ve had that title for a while. In fact, it was up on our dry erase board when we were working on “The Heart is a Monster” as a possible title or song title. I like to have a dry erase board up on the wall and just write whatever—word, titles, possible song titles, whatever. That was one of the things that was up there that we considered, but, you know, it’s too long isn’t it [laughs]? Anyway, Kellii remembered that title and said, “Why don’t we do something like that and break it up.” I started thinking about how we could break it up into EPs and how it would work perfectly.

So once you had the title you had a theme?
That was halfway through the first four songs, but from that point on I looked to the title, which was a very ambiguous phrase that popped into my head. I looked to that title to give me some sort of direction and meaning. It seemed to really resonate with the things that I think about a lot and that are going on in the world right now. I guess one of those things is technology, and the screens that we all carry around with us like portals into the seemingly limitless potential of information and history and analysis, and mindless ridiculousness. It seems to be the new way of connecting with each other. A new way of being intimate with each other, but I just don’t know if any of that is possible through a phone.

I do agree that phone addiction is a problem.
As a metaphor, I can look at the whole smartphone/internet epidemic as some sort of alien virus that infiltrated the planet and is basically taking away our souls and our ability to have any agency ourselves. That’s science fiction, but it doesn’t seem that far away. It seems like a pretty good metaphor for what actually is kind of happening.

Was the intent to keep the newest album separate or combine the EPs into a cohesive album?
Now I view them as a whole body of songs. And, in fact, releasing them like that—months in between each writing session—allowed me to absorb what each group of songs was and meant and think about what else we wanted to do sonically, emotionally and lyrically. So in a way it’s possible that it even made a more cohesive group of songs or a group of songs that are more complementary to each other in some form. But I definitely prefer to listen to it as a whole group of songs.

Do you see this as a short reunion or do you look at Failure as a long-term project?
I just want to keep making music and keep writing songs, because I truly believe that I’m just getting better at it. I’m doing what I wanted to do when I was in my early twenties. I’m actually doing that thing now, so now I have other goals with what I want to do. But, in terms of Failure, my feeling is that we work so well together, and the last two records we put out after the long hiatus have been really, pretty satisfying and successful, artistically. I think they are albums that will last, and I don’t know why we wouldn’t keep doing that.

Failure will play live at Ace of Spades (1417 R St., Sacramento) on Monday, April 22, 2019. Swervedriver will also perform. Doors open at 6:30 p.m. Tickets are $25 in advance and can be purchased through Aceofspadessac.com.