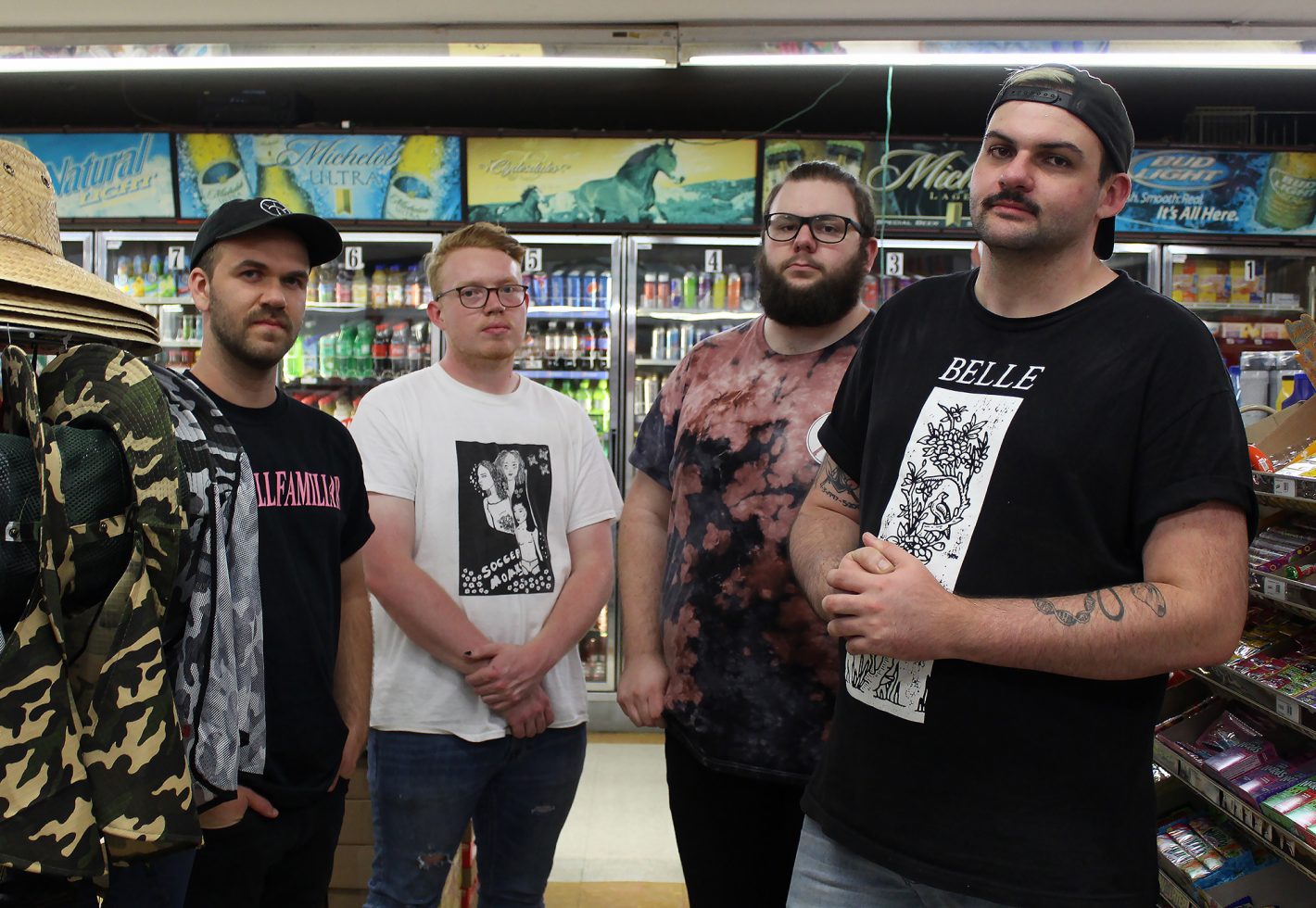 The first track on Fake It’s new EP, The Family Name, starts out with something you wouldn’t expect: a somber, sobering piano instrumental. It’s a reflective, moody piece you’d expect to hear on someone’s “rainy day sounds” playlist on Spotify, not coming from a group of 20-somethings making “guitar-based rock music.” It is, however, something that Sacramento emo-punks Fake It has been working toward. What started out as a solo project from lead singer Christian Burnett is now a group effort that is consistently expanding.

“I wouldn’t say [these new songs are] more complex,” said Burnett. “If anything, these songs are simpler than the old stuff. The goal this time around was to make sure everything felt natural and musical.”

The EP, which is out on Aug. 2, is a concept piece about an unnamed family struggling with religious intolerance and a loss of individuality. It’s described as “a dramatic story that discusses the hardships of addiction, sexual dysphoria and abuse inflicted by [the family’s] father figure.”

Some of this is pulled from Burnett’s personal experience with religion. He wasn’t raised in a religious household, but began attending church when he was in middle school after spending so much time with his childhood best friend’s Christian family. Then, in 2016, he realized that organized religion and Christianity did not align with his personal beliefs.

“While I felt like the community nurtured me, many of its core principles never quite aligned with my own,” said Burnett. “The core principle of sin and what was considered sin went against how I feel.”

Burnett specifically mentions Christianity’s condemnation of the queer community. As he says, “That’s some bullshit.”

It was around this same time that he began Fake It. The music was 100 percent his own at the time, and he felt it was an outlet for his feelings and frustrations.

Since then, he’s added some band members and has made the project his main focus. Steven Salem plays bass for the band, Jack Wittich has taken up guitar, and both Tuan Purser and Zach Detamore play drums. Purser usually plays for the band on their local shows since Detamore lives in Los Angeles, so Detamore goes out on the band’s tours.

The band has done much more than add members though; They released their debut EP Gray Matters in 2017, have gone out on numerous tours and have signed with Texas-based DIY record label Sunday Drive Records. Sacramento-based grunge outfit Anxious Arms is also signed to the same label and shares some members with Fake It.

When Burnett sat down to write The Family Name, he ended up re-visiting the reasons why he started writing music as Fake It in the first place. He went back to his days being a part of a religion that didn’t agree with his own morality and came to a realization.

“The farther I distanced myself from religion and the church, the more I saw how its principles had affected my own life and perception of reality,” said Burnett. “[I realized] how many biases I have to be very conscious of in my day-to-day life and relationships. It’s pretty much what led me to wanting to write a record like this.”

Then there are songs on the EP like the first single, “With Great Conviction.” It’s not so much lived experience and contemplation that hangs over this song, but protest.

The song tells the story of one of the children of the unnamed family. Said child grows up with their family’s conservative values, specifically their love of guns and gun culture. The constant exposure to guns, religion and the notion of rejecting emotions in favor of masculinity eventually culminates in a school shooting that leaves one student dead.

Covering heavy topics and injecting personal beliefs into music is nothing new for Fake It. The band’s first EP was laden with religious imagery, political frustration and emotional outbursts. These songs are more than just songs for Burnett and crew. They make sure it’s apparent.

“These songs have a different level of engagement and intensity live,” explained Burnett. “If you like the album, you’ve got to come out and see the songs live.”

Seeing these new songs live will be a different experience than previous Fake It affairs. According to Burnett, not much has changed musically, but the songs tend to get weird sonically. That’s thanks to the band expanding their horizons on this record. There’s new instrumentation they haven’t tried out before, and their first foray into using multiple vocalists and more of a focus on creating a mood that fits the story they set out to tell.

Since bringing in the band members, Burnett has let a lot go in terms of control of songwriting, but the lyrics will always be his own. His English degree from Sacramento State almost inherently means that he is well-read and has an above average handle of verse. The numerous poetry classes Burnett took while obtaining his degree helped him grow as a lyricist. He says that many of the principles he was taught went on to influence him in his personal work.

Just like any band, Fake It uses their experiences and knowledge to create their music. It’s their own morality that directs these songs into the subject matter that is most important to them.

Burnett and the rest of the band reject what was once a comfort on The Family Name. The new EP is like a mission statement for the members of the band as people. They’ve decided that no amount of perceived safety is worth shunning entire communities for, just for being themselves. Instead, these five musicians believe in acceptance and open-mindedness; something they hope eventually becomes common sense.

Fake It released its new EP, The Family Man, on Aug. 8, 2019. To keep up with upcoming shows check out Facebook.com/FakeItCA.