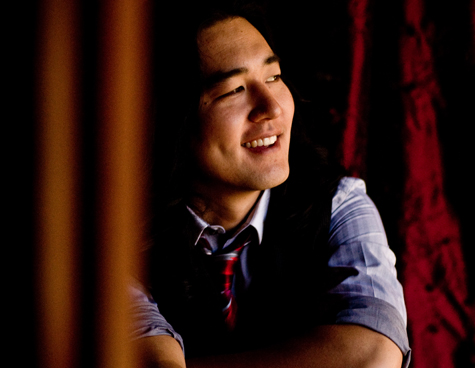 With the disbanding of Cuesta Drive last year, lead guitarist and vocalist Dane Drewis refused to go quietly into obscurity. Drewis’ work ethic speaks for itself as he’s already completed his solo record, Rock & Soul, and scheduled a release party April 30, 2010 at Harlow’s. The album may bear his name, but it’s largely a product of a strong family bond woven by generations of musicians.

Drewis’ familial and discovered influences seep into his style on Rock & Soul, be it a nod to jazz-rock or the heavy riffs of Led Zeppelin. His path to a solo career is not as inevitable as one might assume, but then again some people are fated to rock by stronger forces than blood relation. Although a fondness for DMX might not be apparent in Drewis’ sound, take a few minutes to ask him, and he’ll probably find the connection.

Honestly, the connection is there. While discussing the minor details of composing the drums on the record, Drewis said he listened to a lot of modern music, including sampling drum sounds from N.E.R.D. and The Neptunes. “We definitely studied modern production, even if they were not our style, to listen to the tones they were getting on guitars and drums,” he said. “The music itself still has the classic rock, bluesy, funk and soul edge to it.” He even listened to Lenny Kravitz, admitting he was not a fan of the musician, but an admirer of his production value. “We listened just to understand that if we could put my playing with that tone it would be awesome,” he said. “No one will ever know. It still sounds like our jazzy jam band sound.”

Let’s talk about your family’s involvement in the production of the album.
I guess I’ll start from the beginning. My parents were jazz musicians. They played in cover bands throughout ’70s and ’80s. That’s what they did full time, until they had their second kid, my sister Deena, then they had to get real jobs.

Both my sisters are very musically inclined. I tapped them on the shoulder for the album to come out and sing. Actually, my whole family came out to sing in the studio for the song “Friday Night,” which is the single we’re pushing. We did group vocals and individual vocals. My little sister Janel and I have written a couple songs and Deena is a really good writer. She works for a publishing company called Flatmancrooked. So she’ll shoot me lyrics all the time. We’ve done a couple gigs together, just fooling around. We definitely rehearse at home, but we’ve never got a full, official band going. But, it’s always been a possibility in the back of my mind.
Ã‚Â
Since you’ve got your family involved in the recording, do you think you’ll invite them on stage to sing with you at your release show or one of your local gigs?
Well, my little sister is opening for me at Harlow’s for my record release party. She’s 18 and she has no idea how good she is. I always joke that someday I’ll be opening for her. My dad plays bass for me now. But, we’ve talked about doing a couple songs together live. At the Cuesta Drive CD release show two years ago I had both my sisters and my mom come sing backup on a couple songs, but it was so loud. They’re not used to loud rock stuff. They had a hard time hearing themselves through the monitors.

Definitely a possibility. It would be really great to capture on video since we’re filming the whole show. I’ll leave it undecided to surprise people if we do it.
Ã‚Â
How has music being the family business strengthened the bond between your parents and your siblings?
It’s come to fruition more so lately than it has in the past. All through high school I was anti-jazz and rock ‘n’ roll. I was into hip-hop. My parents couldn’t stand it. I didn’t touch a guitar until I was 19. I got one in college.

My parents own a restaurant, Strings Pizzeria on Bradshaw, so we’re all working there, but music is our outlet. It’s a way to relax, let loose and de-stress. It’s the number one activity we all participate in, besides working at the restaurant. We do an open mic [at Strings] every Tuesday. When Janel is home, she comes and sings. My dad and I are always there, so it’s our new thing we do.
Ã‚Â
So it was never a family tradition to sit and have a drum circle after dinner?
No. When I moved home from college about four years ago, it changed. We’d be sitting around and after a couple glasses of wine that’s when it would start happening. My parents’ friends would make us play or something.
Ã‚Â
One of the write-ups on you said that because you were raised in a musical family it was inevitable that you’d be a musician. That notion struck me as strange, and I wanted to know if it felt that way.
It is kind of strange. It was a huge compliment, but so much of it is behind the scenes grinding and self-promotion that takes a strong personal drive. A lot of my friends are incredible musicians and I look up to them, but they don’t have the motivation beyond singing a couple songs around a campfire.
Ã‚Â
With the idea of inevitability toward music in mind, did you have a rebellious stretch where you didn’t want to go into the family business? Maybe during your hip-hop days?
I did. My parents joke that all Asian kids play piano, and my parents made me play when I was a kid. I played for two years, and I was pretty good. The day they said I didn’t have to take lessons anymore, I was 14 and I stopped that day.

I couldn’t stand all the stuff they listened to when I was growing up; all the Motown, lots of bossa nova and Latin jazz. I heard it millions of times, but went out of my way to block it out of my mind. Now that I’m older it’s coming back in waves I would never have imagined. They never really pushed it on me. When I asked for a guitar for Christmas, while I was in college, it took them both by surprise.

I heard Led Zeppelin for the first time when I was a senior in high school. That’s how into hip-hop I was. I used to be able to go through whole DMX and Tupac albums word for word. In hindsight, I listen to those records now and there’s a lot of musical stuff going on there. It was my way of rebelling, but it led me here. Couldn’t have been that bad.
Ã‚Â
Since your dad is a seasoned musician, has he given you any tips for the road of touring?
He tricked out my van, gave me his amps and some of his guitars. My mom is worried because he’s going out on the road with me.
Ã‚Â
She knows what the road is like, too.
She’s having a heart attack. She knows how much we drink and smoke. She’s like, “Keep an eye on your dad.” But, I’m thinking, “Keep an eye on my dad? He’s supposed to keep an eye on me.”
Ã‚Â
What’s the status of Cuesta Drive?
I think we’ll do a couple of reunion shows here and there. Thank God we’re still on great terms. It got to a state of the union last year about this time. We sat down in the back of Sweetwater and had a huge talk. We’d just finished that music video for “Rollin’.” We’d been a band for five or six years and we discussed what it exactly it was we were doing. I was pushing for buying a van, getting on the road, quitting your day jobs, be prepared. Originally that was the plan, but you know how guys are, they don’t talk about their feelings and shit.

We’re all gung ho as far as playing music, but our bass player Timmy got into grad school in Idaho on a long shot. We just kind of went our separate ways. I can always see us getting back together to play and jam, but right now I’m trying to make this my career. I have the drummer from Cuesta Drive still; he plays with me live. Timmy is coming home in May and is already talking about doing a couple shows. Why wouldn’t we? I’m sure we’ll always do a couple reunion shows—kind of like The Police [laughs], but on a small scale. 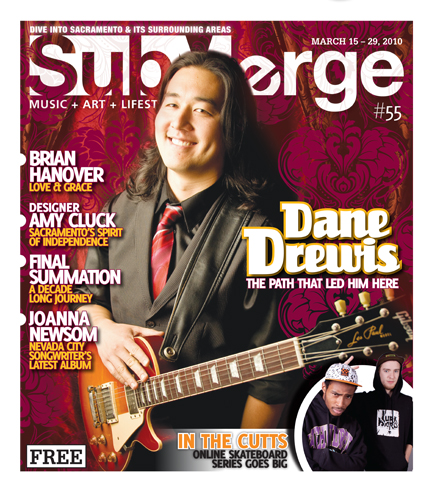 Dane Drewis will celebrate the release of Rock & Soul at Harlow’s April 30, 2010.