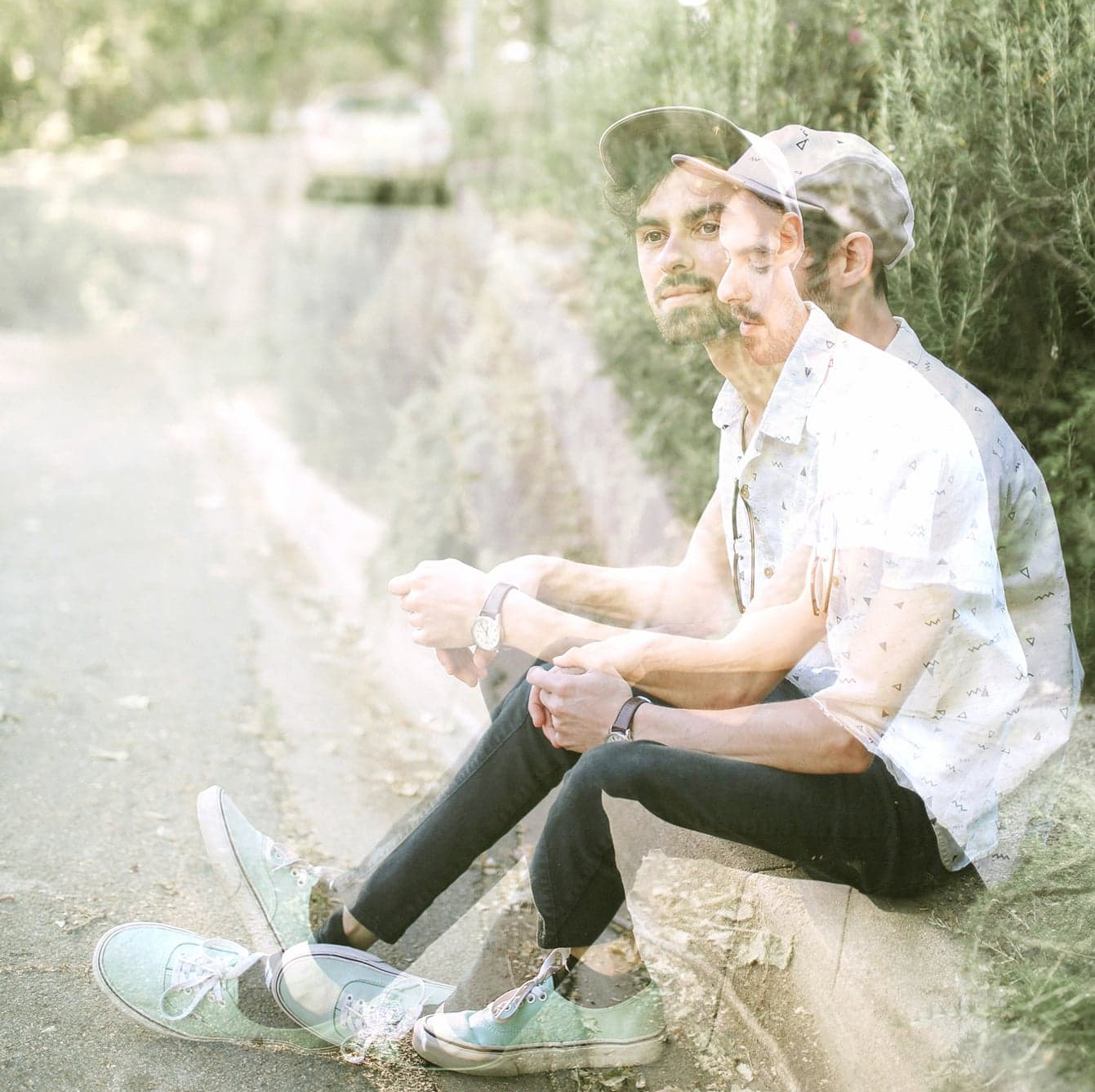 Get you a man who can do both. A man who can do shimmering, danceable synth-pop and tender indie rock. Oh, and he can pick out stylish shoes for you, too. Get you a Fashionista Boyfriend.

Casey Groat’s bedroom pop project got its new name from a shopping trip with a girlfriend where they both discovered Groat’s discerning eye for clothing choices.

“I was out with my girlfriend, and we were picking out shoes,” Groat says. “And I was like, ‘Not those shoes, the other shoes.’” She called him her Fashionista Boyfriend.

Groat thought the name was much catchier than the one under which he formerly published music: Gaiaxis.

“This name was too complicated to learn and I was getting tired of trying to spell it out to people,” he says with a laugh.

Groat, slight and soft-spoken, is the one-man driving force behind Fashionista Boyfriend. In May of this year, he released his newest album, Last Night. Like his previous releases, the music was written and recorded entirely on his own. That’s him playing synths, guitars, drums and singing on each of the eleven tracks that make up the LP.

Previously a folk singer-songwriter, Groat says he was inspired to branch out into new genres after browsing the internet and discovering artists who were able to create interesting sounds all on their own, like Toro y Moi and Washed Out.

Fashionista Boyfriend makes music that feels mellow, yet dance-ready at the same time. Acoustic drum kits mingle with guitars that sound like they’ve been distressed through an old record, and synths that can move from bright to bouncy in the same song. His singer-songwriter background shines through in his personal lyrics, and it’s possible to detect notes of indie acts like From Indian Lakes and The Postal Service in his whispering vocals and emotive tones.

There are also some non-traditional sounds sprinkled throughout. The moody “Luxury” opens with the all-too-familiar hum of a vibrating cell phone, whose tone neatly transitions into a musical element that repeats throughout the song. That automatic response you have at the top of the song to reach for your own phone plays right into lyrics about technology addiction.

Some sounds were transformed more completely. Groat says the drum pattern that kicks off “Home Run” came from idly clicking his pen while at work. He transposed the sound for an actual drum kit on the recording, but feel free to click along with your own pen while listening at home.

Because he works on his music himself, in his own home studio, Groat has all the time in the world to work on his songs and make sure they fit together cohesively into an album. Some of the material on Last Night is two years in the making, and he has been glad to see it received well by his fans.

“People tend to really like it. It’s been nothing but positive feedback,” he says. “It’s good seeing an album released that I’ve held in the vault for a couple of years.”

Fashionista Boyfriend is a Casey Groat solo project in the studio, but when performing live, it’s a full band experience. Bringing the lush compositions to life on stage are Austin Mooney on drums, James Murphy on bass and Miles Taylor on saxophone.

Though he’s been playing with the band for a few years, Groat says his writing process hasn’t changed because of it.

“The band hasn’t influenced the music too much, because I feel like when you have a live sound it’s nice to have a dynamic between the production and the live stage setting,” he says.

Listeners who see Fashionista Boyfriend live will hear versions of the songs that differ from the original recordings. Most notable is the introduction of the saxophone, which doesn’t really appear on the recordings.

Groat says that the live performance is an important aspect of the band. They often project their own visuals—usually abstract pastels and moving images—to create a complete aesthetic experience. Groat says they are also working on compiling different setlists for different moods.

The mix of pulsing dancebeats and dreamy vocals makes for a sound that fits many occasions. It’s just as easy to relax and vibe out to Fashionista Boyfriend as it is to get on your feet and move around. The project has already found a home among public radio listeners thanks to an in-studio appearance at local NPR affiliate Cap Radio, and now they are poised to win over another unexpected market: art museum visitors.

Audio Muse is a concert series that invites local musicians to perform at the Crocker Art Museum. Instead of bringing their own visuals, on Oct. 17 Fashionista Boyfriend will have the backdrop of works from Judith Lowry, Irving Norman and others on display in the Crocker galleries.

“We wanted to create an intimate experience that brings the art together with the music, and I think that Fashionista Boyfriend’s style is very conducive to that feeling,” says Breannah Gammon, an art educator at Crocker Art Museum. “I had seen Fashionista Boyfriend perform for a fundraiser at HackerLab, and the music had this deliciously dreamy, nostalgic vibe. So, I knew Casey would be a good fit for Audio Muse.”

Crocker selected its lineup for Audio Muse through a public poll that the museum posted online. Fans wrote in Fashionista Boyfriend as a nomination, and then thanks to the spread on social media, Groat became one of the artists to win the poll.

“When we got the voting results back, we heard Sacramento loud and clear: ‘Have these guys perform!’” says Gammon.

“I’m pretty glad. It makes me feel good,” Groat says of his fan’s support in getting his band this unique opportunity.

After the Audio Muse performance, Groat has his eyes set on more opportunities for Fashionista Boyfriend. They will be playing a Halloween show at house venue Secret Compound later this month, and Groat says he would like to plan a West Coast tour, and one day get the opportunity to work with a record label.

With a supportive fan base and an exciting sound, anything seems possible.

See Fashionista Boyfriend live at Audio Muse at the Crocker Art Museum (216 O St., Sacramento) on Thursday, Oct. 17, 2019, at 6 p.m. Also performing will be Kandia and Madk@p. This event is free for Crocker members and for non-members the show is included with your museum admission fee ($12 for adults, $8 for college students and seniors). Go to Crockerart.org for more info.