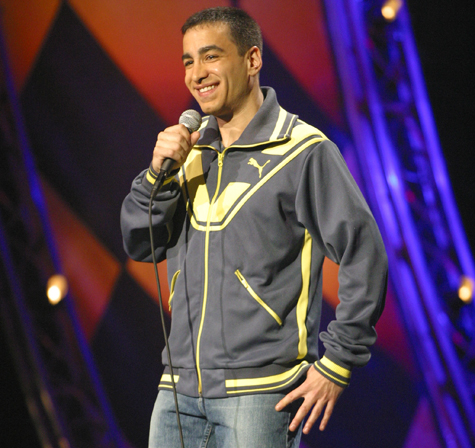 What makes for a better Wednesday night than watching a short, awkward little pervy dude telling jokes about boobs and hairy va-jay-jays with booze in hand? Sure, you could do that at any bar, with any run-of-the-mill funny friends, but seeing Mitch Fatel standing in front of a painting of the Capitol at the Punchline Comedy Club was priceless—even though it cost me 15 bucks.

Scarfing down E-Bar food preceded our arrival at the comedy club in the Howe about Arden shopping center. I can’t say that it was the perfect mood-setter for the expected hilarity that ensued, but somebody in the group must have. Regardless of the vittles, we (myself, my sister and her boo) were ready for the perv-itude provided by somewhat seasoned television comedian Mitch Fatel.

Mr. Mitch was voted number six in the 2008 Comedy Central Stand Up Showdown. He’s performed on the Late Show with David Letterman, the Late Night with Conan O’Brian, performed on and done correspondence for the Tonight Show with Jay Leno (super funny NFL interviews) and was featured on his own Comedy Central Presents segment in 2007. He’s been on The Howard Stern Show and featured in articles in Playboy and The Onion. Plus, Fatel has released two comedy albums, Miniskirts and Muffins and Super Retardo that reached its peak as the sixth top selling (currently at 75, but was released in 2005) comedy album on iTunes.

While Fatel came onstage, I wondered if he’d stick to his same ol’ shtick and do the same jokes from his Comedy Central Presents show that I’d seen so many times on YouTube. Sure, enough he did. But, there was a lot of other material that was fresh. It was obvious that this comedian’s act was a really good one that had been practiced and perfected. Although he told some old jokes, his timing was really good, he never broke awkward character and he improvised well.

Fatel held the intimate audience with tales of his intimate audacities too explicit to repeat here (YouTube it, I’m telling you it’s worth it) for about an hour and a half. He was so funny, I was only partially bothered by the two drink minimum.

After the show, Mitch Fatel stuck around to meet the crowd and sign CDs. I got to meet him and nabbed a picture with him. That night was definitely the highlight of the week.