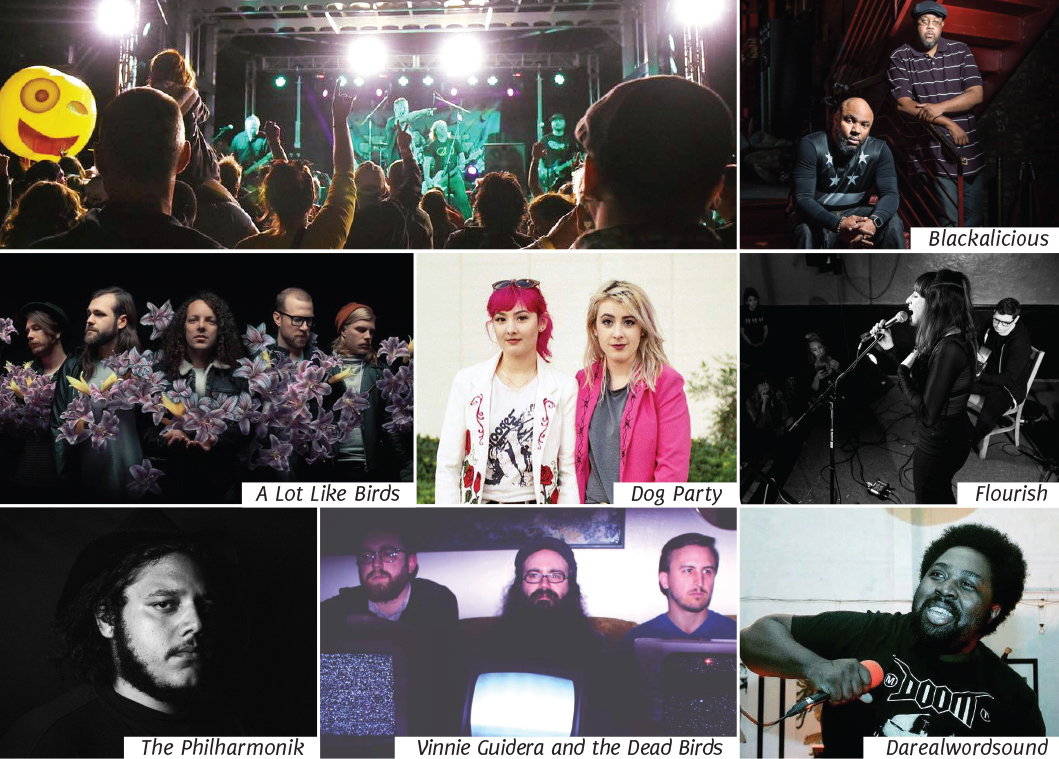 After combing through more than 800 artist submissions, Danielle Vincent—founder and producer of Sacramento’s mostly-local grassroots music and arts event, First Festival—has somehow narrowed things down and has the final lineup all set. And while the festival’s impressive headliners had previously been announced (more on them below), the rest of the equally great lineup has been under wraps, until now.

The fourth annual festival will go down May 5–6, 2018 at a new location: North Natomas’ Tanzanite Park (2220 Tanzanite Ave., Sacramento).

The six top-billed headliners, announced last month, include some of the Sacramento region’s most notorious and successful artists with a national presence: hip-hop duo Blackalicious, post-hardcore outfit A Lot Like Birds, beatboxer/singer/pianist Butterscotch, pop-punk duo Dog Party, singer-songwriter Jonah Matranga and experimental-pop artist So Much Light.

And now, here is your highly anticipated exclusive first look at the rest of the music lineup, which includes everything from rock, to indie, punk, hip-hop, singer-songwriter, electronic and more. First Festival 2018 will include performances by Cities You Wish You Were From, Rossy, The Philharmonik, The Nickel Slots, PRVLGS, Pyrite Sidewalk, Madi Sipes and the Painted Blue, Riotmaker, Elijah Jaron, Lama Neon, Shotgun Sawyer, Race to the Bottom, Vinnie Guidera and the Dead Birds, Sunmonks, Ghost Color, Flight Mongoose, The Moans, L.Rucus, Christine Tence, NYTVZN, Glass Tung, Mondo Deco, Eugene Ugly, Jesus and the Dinosaurs, PointDexter, Flourish, Skylis, The Stummies, According to Bazooka, Adam Jacobs Band, Worthy Goat, Jako, Heat of Damage, The Hey-Nows!, The Brangs, Adrian Bellue, Darealwordsound and NB!OKS!.

“This year’s festival is really exciting because our headliner lineup really reflects our growth over the past few years,” Vincent tells Submerge. “We also received over 800 music submissions this year, making it the most competitive year by far for the supporting lineup. We have plans for some bigger stages and some really cool interactive elements, including art and tons of photo opportunities throughout the festival grounds.”

One of the new festival experiences will be an area dubbed The Circus, which will include stand-up comedy and burlesque performances, as well as live music.

“It’s exciting to be able to create an environment where we can provide a stage for performing artists who aren’t comedians or musicians,” Vincent explains. “It really lets us reflect the dynamic art scene in Sacramento.”

Of the festival’s new location, Vincent says that they have “finally found our home in North Natomas where we plan to stay for years to come,” and that, “the layout and placement of the park lends itself to a great festival environment where we have plenty of room to grow and experiment.”

In addition to all of the live entertainment, there will also be tons of vendors selling their goods, plenty of food and drink options, including non-alcoholic options in the “Coffee Corner,” and much more.

Visit Firstfestsac.com for more information and to purchase tickets in advance, which are currently only $18 per day or $28 for a weekend pass.