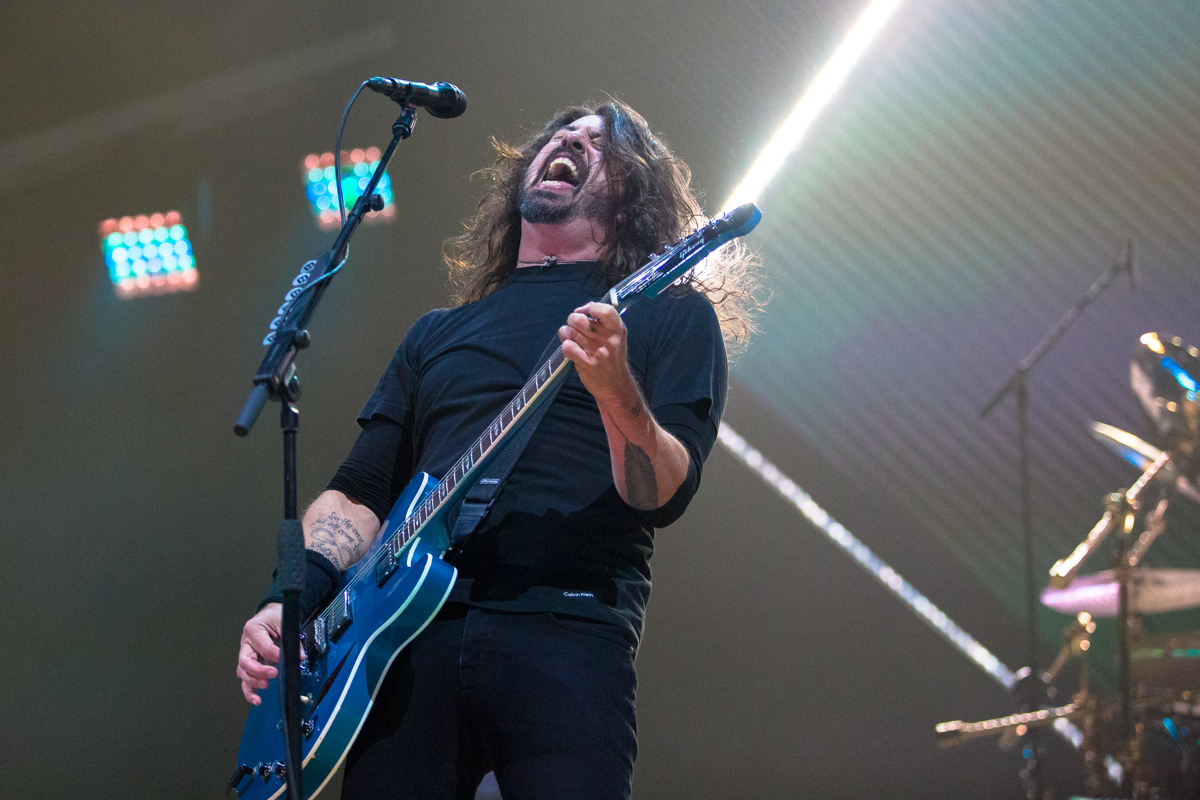 All photos by Paul Piazza

It would be an understatement to say that the Foo Fighters’ recent show at Golden 1 Center was one of the best yet at the venue. Rather than bring in a plethora of special effects like many of the recent acts who have played in the arena, the Foo Fighters came to downtown Sacramento and kicked ass the old fashioned way, with a fairly stripped-down stage and a high-octane three-hour set filled with great rock ‘n’ roll songs that had the enthusiastic audience raging merrily along.

Frontman Dave Grohl remains one of the best at what he does, but the Foo imprint has gone beyond the live aspect. Grohl and his comrades have been an influential force on music in film as well. He directed the amazing documentary Sound City and the HBO mini-series Sonic Highways, which both gave historical and educational context to American music on a broad scale. The Foos even played “Everlong” as the farewell song on David Letterman’s final episode of The Late Show in 2015. 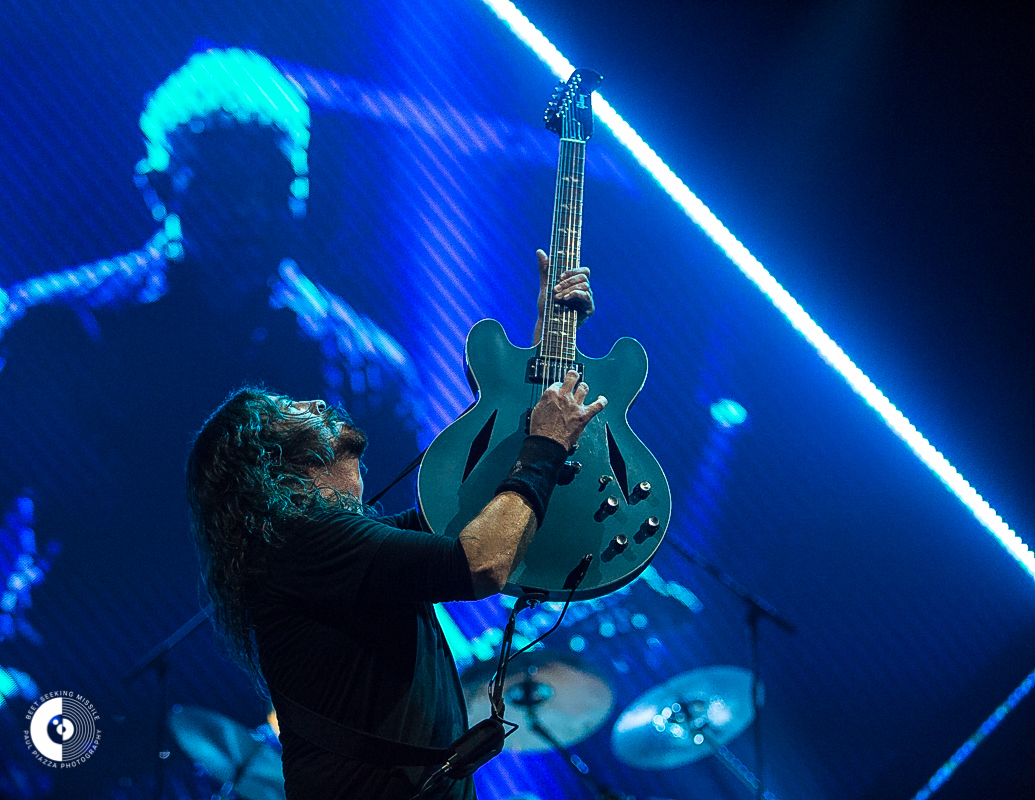 Dave Grohl of The Foo Fighters

And if that all wasn’t enough, the band were recently featured on a PBS special where they played the ancient Acropolis in Athens, Greece. That is covering a lot of territory.

All of these opportunities might be attributed to the fact that the band discovered early on how to strike a songwriting balance between heavy and accessible and then take those songs to the masses with an energy that seems to have expanded with time.

Grohl, who turns 49 next month, intuitively understands how to tap into the collective Id of an audience with nonstop rock energy, engaging humorous banter and a true love for music. Onstage, his vitality is matched by that of drummer Taylor Hawkins, who is also an accomplished singer, pianist and guitarist. The pair seemed locked into each other for much of the night. When the band left the stage for Hawkins’ big drum solo on an elevated kit, Grohl stayed on the side of the stage and sat on amp case and watched. 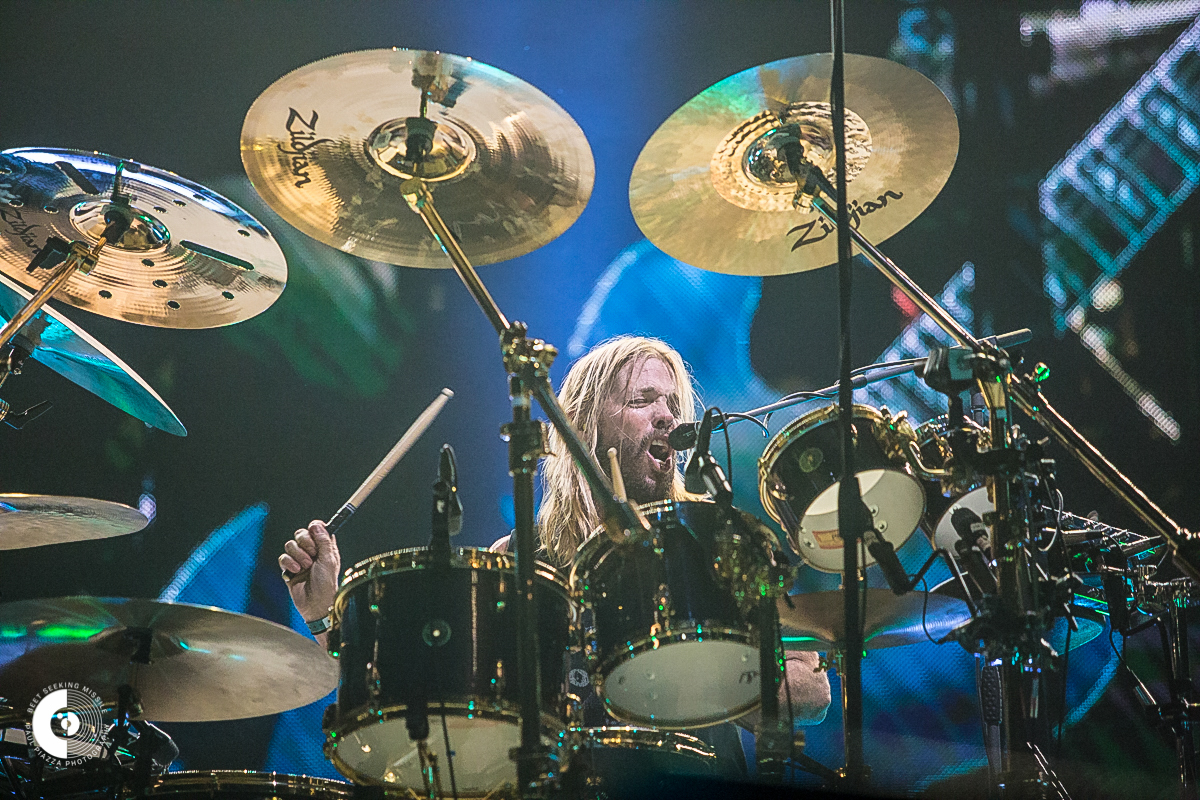 Taylor Hawkins of The Foo Fighters

Later in the set, Grohl took over the drums as the band played Queen’s “Under Pressure” with Hawkins playing the part of David Bowie and Luke Spiller of The Struts, who opened the show, singing the Freddy Mercury part. It was pretty damn epic and illustrated a big part of what makes this band tick. They don’t take music lightly and they share that openly. They are fans themselves and when they play a cover, you are going to get the best possible version. They continued this later with excellent covers of Tom Petty’s “Breakdown” and AC/DC’s “Let There Be Rock.” 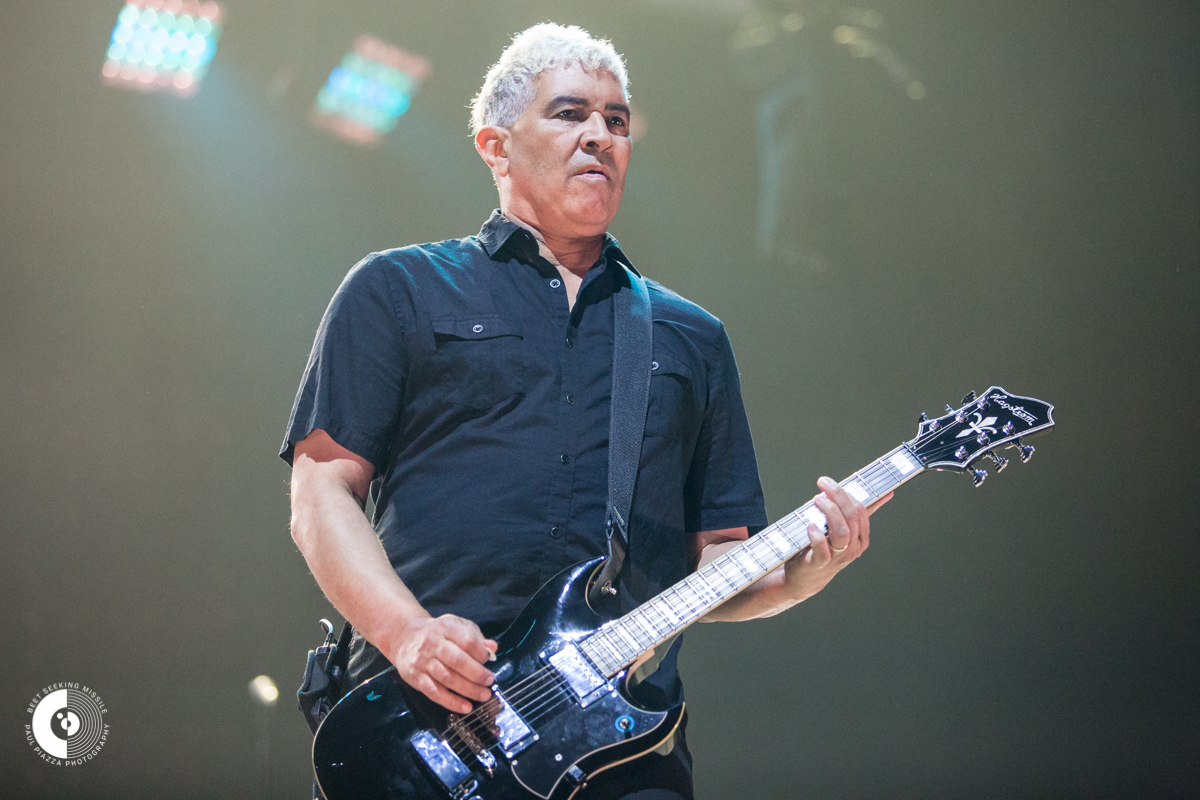 Pat Smear of The Foo Fighters

The Struts opened the show and seemed to fit the bill perfectly on this night. The band, from Derby, Derbyshire, England play a brand of retro rock that hearkens back to the sounds of vintage Aerosmith and the Rolling Stones. Vocalist Spiller has the kind of rubbery facial expressions that warrant the sound, and also adorns himself in shimmering outfits that fit the bill. He is a true showman, with shifty moves galore. Guitarist Adam Slack is a bluesy shredder and the rhythm section of bassist Jed Elliot and drummer Gethin Davies are rock solid. Their set went over very well with the Golden 1 crowd who were eager for rock ‘n’ roll. 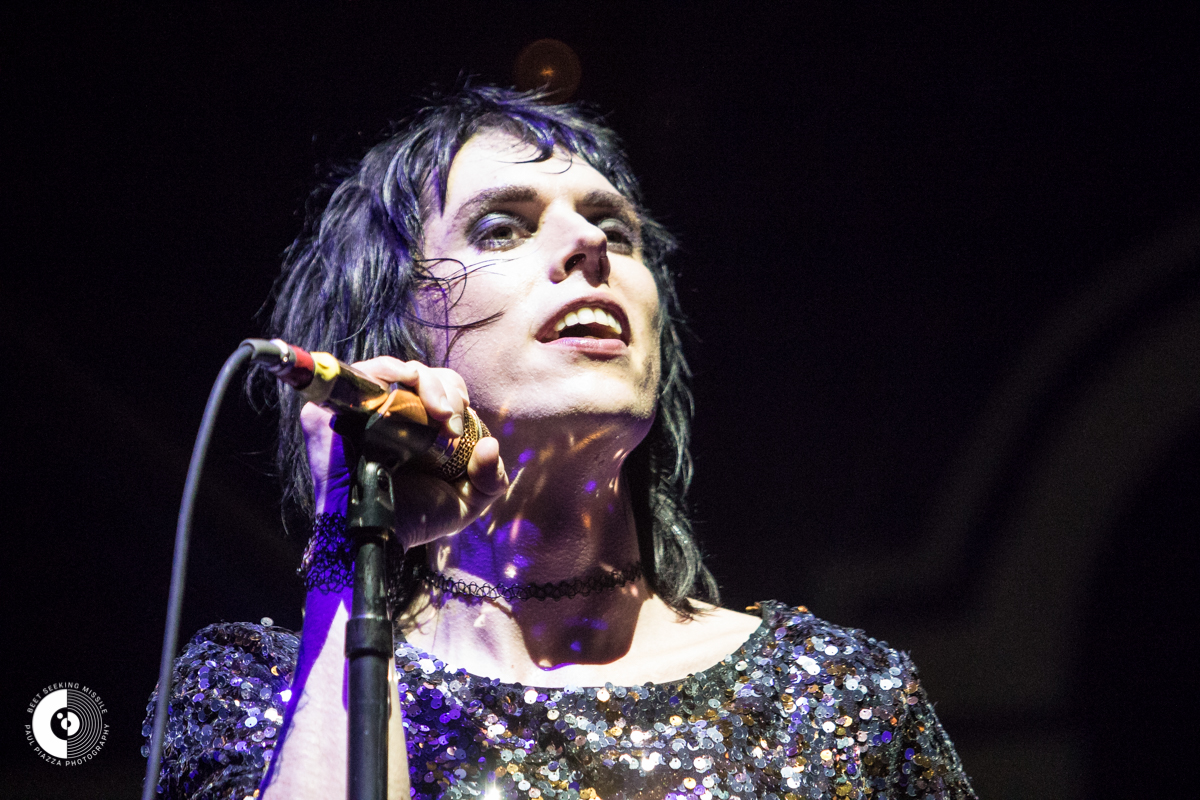 Luke Spiller of The Struts

And honestly, that’s what it boiled down to on this night. In an era of performance with highly scripted choreography, sampled sounds and even hologram performers it’s getting harder and harder for fans to get a chance to see a band who simply step up and rock out in the big venues. Foo Fighters were up to that task and so much more. They remain one of the very few big acts who are keeping alive the tradition of putting on a true rock ‘n’ roll show.