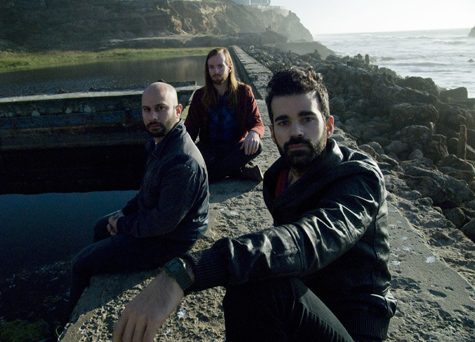 After taking a jog around Golden Gate Park in San Francisco, Mike Deni spotted something on the sidewalk that caught his eye. It was a unique looking synthesizer that was “basically a child’s toy” that sat in the middle of the sidewalk with no owner in sight. Most city folks would see this sidewalk instrument as a piece of trash; but after running by it, Deni performed a double take.

Hailing originally from the suburbs and fresh resident of San Francisco, he wasn’t sure if sidewalk items meant they were up for grabs.

“In the suburbs when you put something on the street, it’s still yours. You don’t put things on the street and then they are gone in seconds even if they are junk, like in the city. And that was a new concept to me,” Deni said with a big laugh over the phone. “So I grabbed it and still ran after I picked it up because I wasn’t sure. I didn’t know if I was stealing or helping trash collection.”

After becoming more accustomed to city living, he realized that he wasn’t stealing but might have done the synthesizer a favor by giving it a new home. He later wrote numerous songs on the sidewalk synth and is now the vocalist and guitarist for the indie-pop/rock band named Geographer. After living in San Francisco for a while, he met his two current band mates through a mutual friend (cellist Nathan Blaz and drummer Brian Ostreicher) to form what SPIN magazine calls, “One of the undiscovered bands you need to hear now.” Their most recent album, Myth, released in February 2012, contains 10 tracks that will make you lose yourself in the combination of Deni’s melodic vocals, drum hits from Ostreicher and the beautiful sounds of the cello from Blaz.

“We really like to make chains of sounds so that you can’t really latch on to any one sound and say, ‘Oh that’s the guitar, that’s the synthesizer,” Deni said. “You don’t know what’s even making the sound [and] then you are just listening to music. So I think you can get a little more lost in it.”

The trio has watched its success grow by touring nationally with hit bands Stars, Ladytron, Miniature Tigers and has also performed at Treasure Island Music Festival, Noise Pop and SxSW. SubMerge caught up with the Deni, while he was back in his home town of San Francisco to talk about his local music scene, the band’s most recent album Myth and the rush of music festivals. 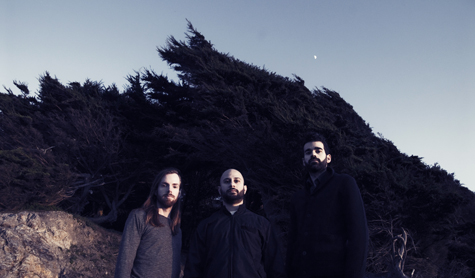 What was it like starting off as an unknown band in San Francisco? Was there a lot of support at first or was it tough to get into the music scene?
It was pretty hard, actually. I’m not really good at selling myself. I really don’t like that at all. I would get nervous just to write an email to a booker. What you really got to do is you have to go to Pop Scene and talk to Aaron Axelsen at the DJ booth and [say], “Here’s my CD!” And I just cannot do that. It could be really discouraging, because you put out so much energy and then there were certain times where we would realize that we were spending twice as much time trying to promote ourselves and trying to get people to hear about our music than we were actually making music; that’s really frustrating. Sometimes you are lucky and people just latch on to you but it wasn’t like that with us, we really had to just keep trucking and try to find time to write music and try to convince people to get behind our music. There were some times that were really discouraging and I was like, “Why isn’t there any big band out there in San Francisco willing to help us out?” But eventually all of that stuff just happened, and we just had to be patient… And I feel like it really fell into place in really wonderful ways. The people who ended up helping us and getting behind us, they were real and true about it. But it was tough there for a little while.

But you guys are doing very well now. You played SxSW, Noise Pop and the Treasure Island Music Festival. How were playing those festivals?
Treasure Island was one of the greatest weekends of our lives. We’ve never been treated like that as artists. We had this heated tent, all of this food we could eat and awesome bands surrounding us. When we were playing, it was just so beautiful out and you could see San Francisco. I think that was the most people we’ve ever played to at that point. We played first for the festival, and we were thinking, “Shit, there are going to be 100 people tops,” but there were tons of people, and it was amazing. We just felt like we really had achieved something and that we had really been working hard for.

SxSW this year was pretty grueling, actually. It’s a lot of lifting, very little sleep and it’s just so frantic. Every show was jam-packed with people–and that’s awesome for the show–but mostly what you have to do at SxSW is move your gear around. But when you are on stage, it’s the best, because those crowds are amped. They waited in line around the block to see you, and the place is just packed and super sweaty. But then as soon as the show is over you have to work like a maniac to tear your stuff down and move it five blocks down the road and do it all again.

I didn’t see a single show and that’s honestly my favorite part about SxSW. The first year we went we barely played any shows, but we saw tons and tons of music. It was so inspiring. I came back and wrote my ass off because I was so inspired by it.

Do you have any rituals before you go on stage? Is there something you always have to do or carry with you?
When I’m on tour, I always hide in the van for 15 minutes before we go on stage, because there is really no alone time. When we are on bigger tours we get our own green room, so a lot of the times you have to share it with three other bands. I usually go into the van, drink a little tea and have a vocal warm up that I do. I just think about why I’m there and the purpose of all this driving around, lifting things and lack of sleep. It’s all for this moment that’s right about to come up. I get myself into a place where I forget about everything except the show I’m about to play.

How does your newest album Myth differ from your previous album Animal Shapes?
With Animal Shapes, we were really thinking about shows when we were writing and finishing the songs. Like “Original Sin,” we could picture the audience reaction to every moment of the song, and it was really important for us to create a big energy with that album. We’ve been starting to play a lot of shows, and we’ve seen what worked at shows. And I think we wanted to make songs that would put a lot of excitement out of the crowd. With Myth, we really concentrated on the recorded product. We didn’t think that much about how the shows would go, we thought more about how we wanted the songs to sound. That was the first album that had a real concentrated name that ran through all of the songs. So it’s a more complete idea as an album.

Geographer will play Old Ironsides in Sacramento on May 12, 2012. This show will be the Lipstick 12th anniversary party. For more info, go to http://www.theoldironsides.com/.