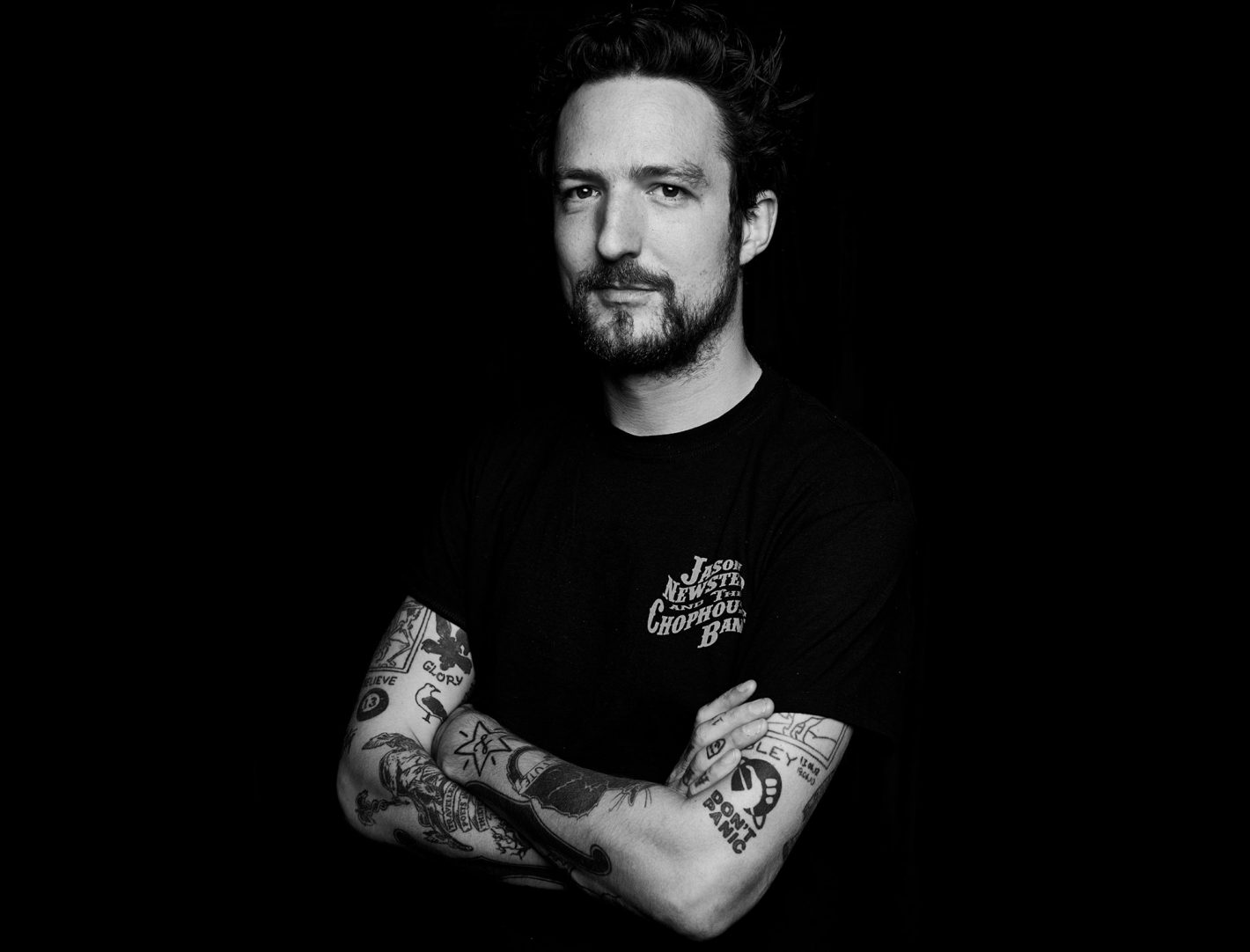 Frank Turner has written a book, launched a podcast and released two full-length albums in the last two years. His 2018 record, Be More Kind, was his first foray into the murky waters of politics after several albums spent looking inward, and this summer he released No Man’s Land—an album dedicated to telling “the fascinating stories of 13 women whose incredible lives have all too often been overlooked.”

Turner’s career is a fascinating one. His fanbase is jam-packed with absolute die-hards, many of whom have his lyrics tattooed into their skin. Conversely, the man also has his detractors, and they can be quite the vocal bunch. Over the years, he has run into criticism around the evolution of his style, his political leanings and, most recently, over whether it’s right for a man to make an album that’s explicitly about women.

Turner’s star rose with the small-but-powerful wave of folk-punk led in part by Against Me! in the early 2000s—although he was spun from his own scene across the pond in England, playing early shows in a pub that would also nurture Marcus Mumford of Mumford and Sons.

In his 2018 book, Try This at Home, Turner thoughtfully dissects a collection of songs across his discography, starting with the simple acoustic music he wrote as a deliberate reaction to the dissolution of his post-hardcore band, Million Dead. By his second full-length, he was clearly demonstrating a desire to do more than just strum and holler. Later albums are amalgamations of distinct concepts and sonic experimentation, from traditional folk to electronic music—each album a standalone project.

That brings us to No Man’s Land, the most explicit of concepts thus far and also the most stripped back since the early albums. It’s a record built on the stories of women, produced by a woman and played with an accompanying band of all women … but written and performed by a British man named Frank.

Understandably, that might raise some eyebrows. Turner acknowledges as much in the press release for the No Man’s Land Tour, and in a blog post he wrote after the first wave of backlash.

When you get beyond the noise surrounding it, No Man’s Land is a pretty traditional folk album full of songs about interesting women whose stories are worth knowing. And to that end, it is a positive contribution to the world.

That it is contributed to the world by Frank Turner can feel disorienting, especially if you consider that it was released within months of something like the recent Highwomen record—a Brandi Carlile-led supergroup that also explores the female experience. That album feels entirely appropriate from the moment the needle hits the groove.

No Man’s Land requires a leap into something less sturdy, and as Turner says in our interview below, it’s not one he insists everyone should make. But if you make it, there are quality songs and stories awaiting you.

This tour features No Man’s Land songs played solo, followed by a set featuring your band, the Sleeping Souls, that will span your discography. What does a “full-band unplugged” Frank Turner set sound like?
The music I make hovers somewhere between folk and punk, or so they tell me, and in recent years we’ve leaned on the punk end of that equation for the live show. This time we’re leaning the other way. It’s a storytelling, intimate show, songs we haven’t played in a while, new takes on old songs. The rehearsals went really well and I think it’ll be an exciting and surprising set for everyone.

Your tour press release acknowledges that you anticipated a “variety of different reactions,” including some who might feel it’s not your place to tell these stories. How did it feel when that bore itself out in some of the reviews and critical response?
I have to be sure to make some crucial distinctions in thinking about all this. I welcome intelligent debate on the subjects raised, and Lord knows I won’t have thought of every angle. Some of the discussions have been super interesting and educational for me—there was an online chat between a bunch of historians and archivists that was really eye-opening, for example.

On the other hand, there’s the predictable hate backlash that accompanies a lot of what I, and pretty much anyone, choose to do [with] any move that moves beyond safe confines. Put a simpler way, I’m not sure how much attention I need to pay to people reviewing the record who quite obviously haven’t listened to it. For reasons that escape me, there are some people who have an issue with me as an individual. Not much I can do about that, other than attempt to ensure my own bona fides as an artist to myself as I proceed.

What has the fan response been like?
There’s been a lot of really lovely commentary from fans and so on, people appreciating my efforts. It’s not for everyone, sure, but I remain fiercely proud of the album as a piece of art.

Do you see yourself incorporating No Man’s Land songs into live sets for years, or does it feel like a specific project that lives in its own space?
I don’t have an issue with either option, really; whatever works. I’m kind of a populist with my setlist choices, so if in the longer run there’s material from No Man’s Land that people want to hear in the regular set, we’ll put it in.

You are a podcaster now. How’d you like that experience, and do you see yourself doing it again?
I’ve been on the receiving end of many a podcast in my time, but to be in the driving seat is another thing entirely. It was really fulfilling, learning new things about the people I’d written about, meeting new and knowledgeable people. I want to keep my hand in that game in some way, not entirely sure what that will look like precisely just now, but yeah, I enjoyed the experience.

You’ve described your approach to politics as one that seeks unity, compromise and nuance. In a “world that’s decided to lose its mind,” to quote one of your songs, how are you feeling about the effectiveness of an approach that depends on getting the best out of people? And how are those feelings commingling with music and songwriting for you these days?
I think you need to make a distinction here between the public and the private, the collective and the individual. When it came to making a public statement on the state of our discourse—the record Be More Kind—I spent a lot of time thinking about not only what I think, but what I could say that would be meaningful in the context of my art, of a 45-minute rock ‘n’ roll record. I think encouraging people to examine the way they interact with their opponents is an appropriate ambition for music. Beyond that, I obviously have opinions about the issues of the day—Democratic primaries or economics or whatever—but they don’t feel like they belong in my songs as such.

Put another way, the area of life over which I exercise any influence is my audience, particularly in the room at my shows. If I can use the platform I have in life to encourage mutual consideration, respect and so on, that seems like a useful thing to do with my time.

Bruce Springsteen and The E Street Band made Born to Run, Darkness on the Edge of Town and The River before hunkering down and making Nebraska—a scaled-back, folky album with a very specific lyrical conceit. Ahem, you might know where I’m going with this. Next on his discography came a juggernaut: Born in the USA. What will Frank Turner’s Born in the USA look like and when will it come out?
[Laughs] Well, Nebraska was certainly a record I was thinking about with No Man’s Land. I am thinking about making a loud, raucous punk record next. It’s been a while since I swam in those waters. But we will see. I’m not in any special hurry for my next thing. One of the pleasant surprises of being eight albums in is that I can basically move at my own pace.