What happens when you cross a classically trained French horn player with a dude who knows how to drop mad hot beats? Band geeks gone wild, of course!

The self-proclaimed “geeks,” brothers Robert and David Perlick-Molinari, founded French Horn Rebellion in 2007. The duo was inspired to explore their musical yearnings with a brand of plucky, ’80s-inspired electro-pop after producing MGMT’s “Time to Pretend.” Yes, that MGMT hit that reached No. 3 on Rolling Stone’s Best Songs of 2008.

And while FHR is a Brooklyn-based outfit by way of Milwaukee, Wisconsin, they’ve spent plenty of time in Sacramento: last December they rocked the house at LowBrau, they recently wrapped up a collaboration with the Sacramento Ballet and current indie-rock darlings HAERTS for the video “Swing Into It” and in July they’ll make an appearance at THIS, the MARRS Building corridor’s Second Saturday street party. Suffice to say, FHR’s got nothing but love for Sacramento.

“Well, I think it’s just the scene that’s going on in Sacramento, and from what I’ve noticed around the country, it really just takes a couple people to bring people together,” Robert, the younger Perlick-Molinari brother, explained to Submerge in a recent phone interview. “There’s a trend across the United States, which I’ve noticed, that a lot of towns are going local, getting local food, local restaurants, not chains—chains aren’t valued as much as they used to be, and places like LowBrau are kind of like the trend of the future, so to speak.”

Robert received an early education in music at the age of seven when his older brother TJ, now a lawyer for the family custom beer tap business in Wisconsin, thrust the French horn upon him, which he embraced feverishly. By the time he was in college he was a full-on musical impresario. But it was when he spent the summer interning at his brother David’s music studio in New York that he realized he wanted to rebel against the notion that classical musicians were bound to the orchestra pit.

“Rebellion is to say, that hey, French horn players around the world, you don’t have to sit in an orchestra, in the horn section and play music that’s on the page in front of you,” Robert explains. “We can do anything—we have way more power than we think. [So, I thought] yeah, I don’t really want to play Mahler anymore. I don’t want to listen to a conductor. I’m just gonna go make dance beats with my friends, and that’s French Horn Rebellion.”

A mix of driving, electronic beats and a hefty serving of camp and wry humor, FHR’s music isn’t your garden variety dance music. The brothers have dubbed their evolving sound as Next Jack Swing—funky with a classical music twist. Because when you’ve played the French horn since you were 7 years old, ascended the ranks in the pit to first chair French horn player as a sophomore in the Northwestern University Symphony Orchestra and have had the honor of fisting your horn (yes, a common term for achieving certain notes by inserting your fist into the bottom of the horn’s shaft) next to some of the best in the Civic Orchestra of Chicago, it’s not something that is easily forsaken for pop-music notoriety.

“I still play in some community groups, for sure, to feed the urge,” Robert explains. “But, at least playing at a high level, I guess I do miss that—that was pretty amazing, like playing with the Chicago Civic Orchestra was a real experience. But what you trade off for that is, [for instance], I was deejaying in Washington, D.C. and I’m playing my French horn and like 300 people are losing their minds on dance music; dancing and having fun. I think that’s so much more visceral and more fun than classical music, which is usually older people in a quiet room watching some guys in a tuxedo.”

Robert is getting used to this gig—spinning records to a heaving crowd of dance freaks, busting out his French horn periodically to ignite the crowd into a music-induced frenzy. But these days it’s largely a one-Perlick-Molinari operation.

“We don’t actually go on tour together anymore,” Robert explains of his brother’s absence from the live shows. “He’s a full-on studio man now. So, he…makes the beats with me, but he doesn’t actually participate in the live shows anymore.”

In between running a studio and a record label, managing the band business, preparing for a 26-date tour of North America and recording a new single with Spencer Ludwig, the trumpet player in the group Capital Cities who also frequently plays alongside DJs, the brothers Perlick-Molinari are gearing up to record a compilation album while hashing out all of those details around a musical war room table involving the brothers and a new management company.

“We’re in a little bit of a strategic war zone, of how we’re going to release this music at this point,” Robert explains sheepishly. “I can’t give any specific dates, but we will have dates soon.” 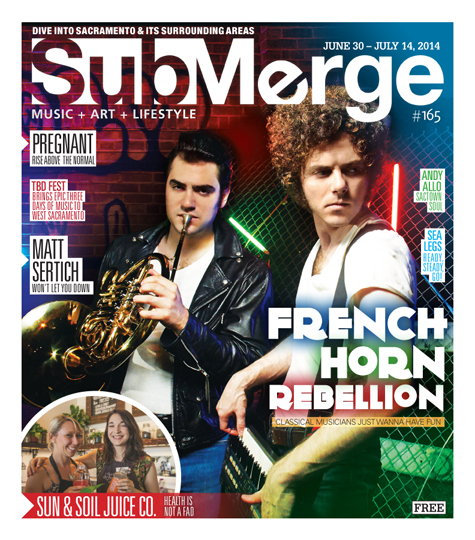