GET DOWN TO THE CHAMPION SOUND MOVES TO MIDTOWN BARFLY 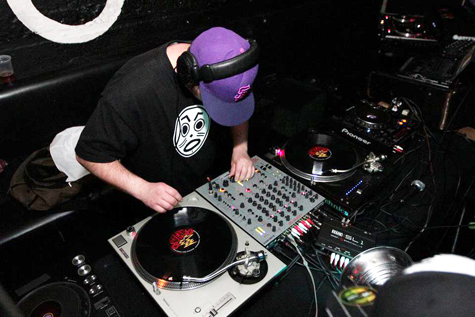 Sacramento’s longest running reggae night, Get Down to the Champion Sound, has officially moved venues! After a healthy eight-year run on Friday nights at Capitol Garage, DJ ESEF and crew are moving their party to Midtown BarFly, located at 1119 21st Street (where Club 21 used to be), Sacramento.

ESEF said they simply outgrew their old venue and in order to keep booking national and international talent and keep ticket prices low, they needed a bigger room.

“The option to move Champion Sound to BarFly came up, and we jumped on it because they really are the best venue for us at this point in our reggae careers,” said ESEF. “It’s a super dope venue. It is large enough to be comfortable, but not gigantic, and definitely offers superb prices on their drinks and brews. They just had a brand new sound system installed, and the location is super easy to get to from any downtown area or suburb. Very Central.”

ESEF also said the venue has professional lighting and video DJing capabilities that they did not have before. Friday, Dec. 14, 2012 was the first night of Champion Sound at Midtown BarFly, and the crew will take Dec. 21, 2012 off due to a previously booked event. But starting on Dec. 28, 2012 and continuing every Friday night after that, you can expect ESEF and his crew–which includes Juan Love (aka skate legend John Cardiel), Selector KDK (Kevin Kinnard), Ras Matthew (Matt Pailes), Kris Ward (of Squarefield Massive) as well as others–to drop nothing but the dopest reggae sounds.

“I’m most looking forward in this new era of Champion Sound to having a bigger venue with better sound and the ability to continue to bring some of the world’s greatest reggae DJs, selectors, bands and singers to our beautiful city of Sacramento,” said ESEF. Get Down to the Champion Sound is free before 10 p.m. and $5 after.