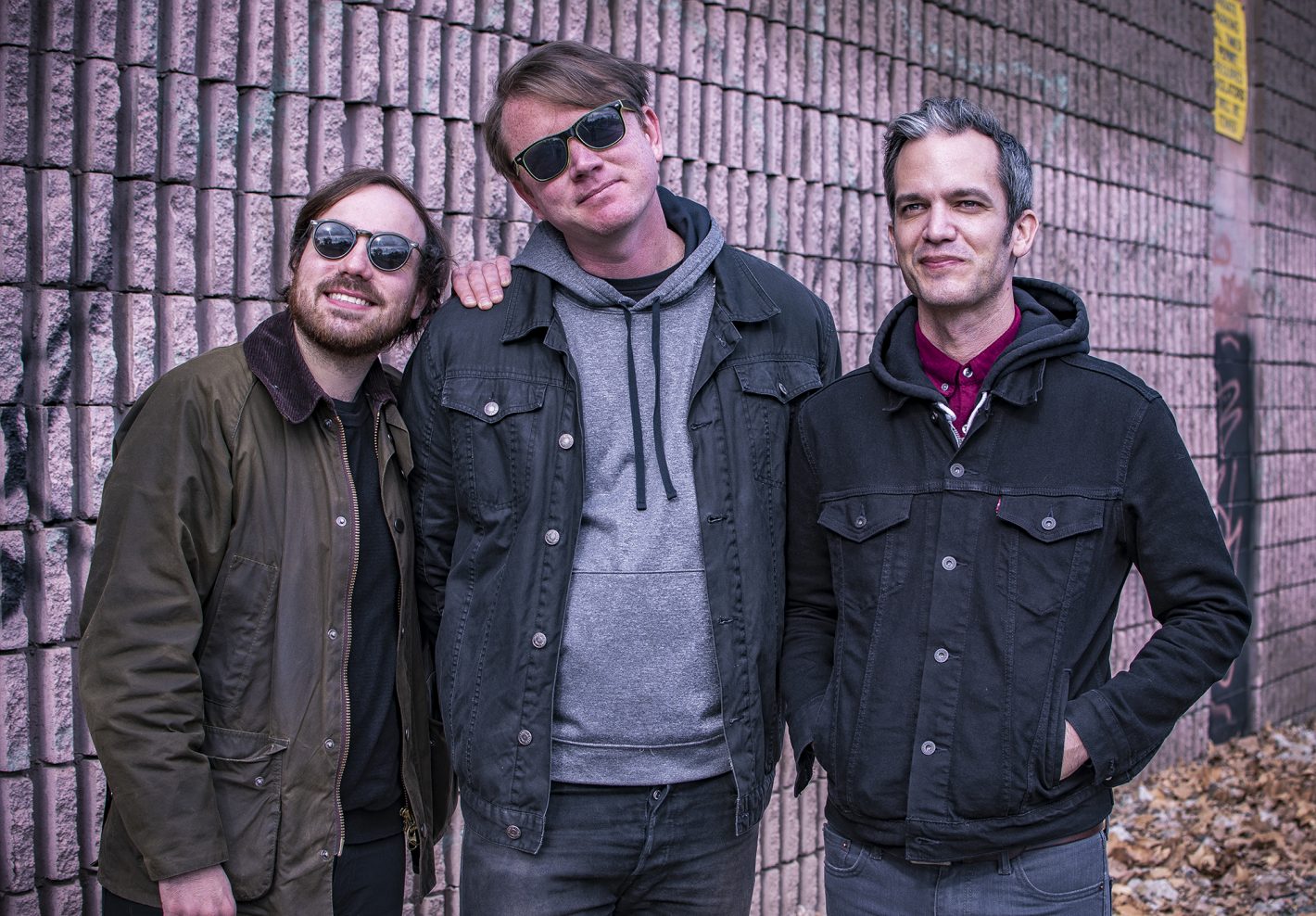 In 2015, the band Darlingchemicalia came to an end, as a few members were leaving the group. Not wanting the band to be finished, the remaining members of the band forged on as a band of brothers to form Grave Lake.

When Grave Lake did indeed emerge from the albeit flameless end of their former incarnation, they decided to change their approach: Frontman Ian Bone switched to bass guitar, and he removed himself from principle songwriting responsibilities, encouraging the band to begin writing as a team.

“In Darling, Ian was writing the songs at home, for the most part, and we then arranged them together,” said guitarist Andrew Henderson during a recent interview with Submerge. “But this band has been … no one is necessarily bringing a completed song idea to the table or anything. It’s really a straight collaboration, which is really something we were all interested in trying to do. Which has been pretty easy since we have been playing together for so long.”

Bone didn’t really mind the switch to bass, either, as it was a more natural position for him, having filled that role before in the popular Sacramento band Red Host.

In addition to the aforementioned changes, the band also took the opportunity to move on from their established moniker, something that had been a bit of a struggle with fans.

“We had kind of tossed around the idea of changing the band name even toward the end of [Darlingchemicalia], because it was a rather difficult one for people to say,” said Bone.

Bone isn’t the only member of the group to hold veteran status in the Sacramento music scene. Henderson also boasts years with the now defunct project G. Green, while drummer Justin Gonzales played with the band ESS. At various points in the past, each of the members have juggled membership in multiple groups simultaneously.

“Back then it was easier to juggle all those shows playing in other bands just because my energy level was … I was younger, you know? That was easier,” said Gonzales. “But now, I definitely value just focusing on making music with these two guys. The comfort level is most important to me at this stage in making music.”

“I think back then it wasn’t necessarily a difficult thing to do because that was my whole life was playing music as much as possible,” added Henderson. “Juggling G. Green and Darlingchemicalia, I think at certain points in time I was in even three or four bands. That was ideal for me because I didn’t really care about doing anything else. Whereas now, I do have a solo project that I have been slowly working on for the last four years since G. Green ended, and that’s taking forever, but, yeah … we’ve gotten older, and we have different priorities. I went back to school, Justin has a real job and Ian’s got his kids. It isn’t 100 percent easier to do this than it was doing that, it’s just a different era, I think. We grew up a little bit.”

With a bit more maturity and all three members devoted to the project at hand, Grave Lake has completed their full length debut, after a couple of EP releases (practically titled EP and EP II). The new record, Pure Fear, dropped Sep. 20, and features nine tracks of guitar-laden, hypnotic garage rock, which was recorded at Earth Tone Studios with the popular Patrick Hills, with whom the band enjoyed the recording experience. 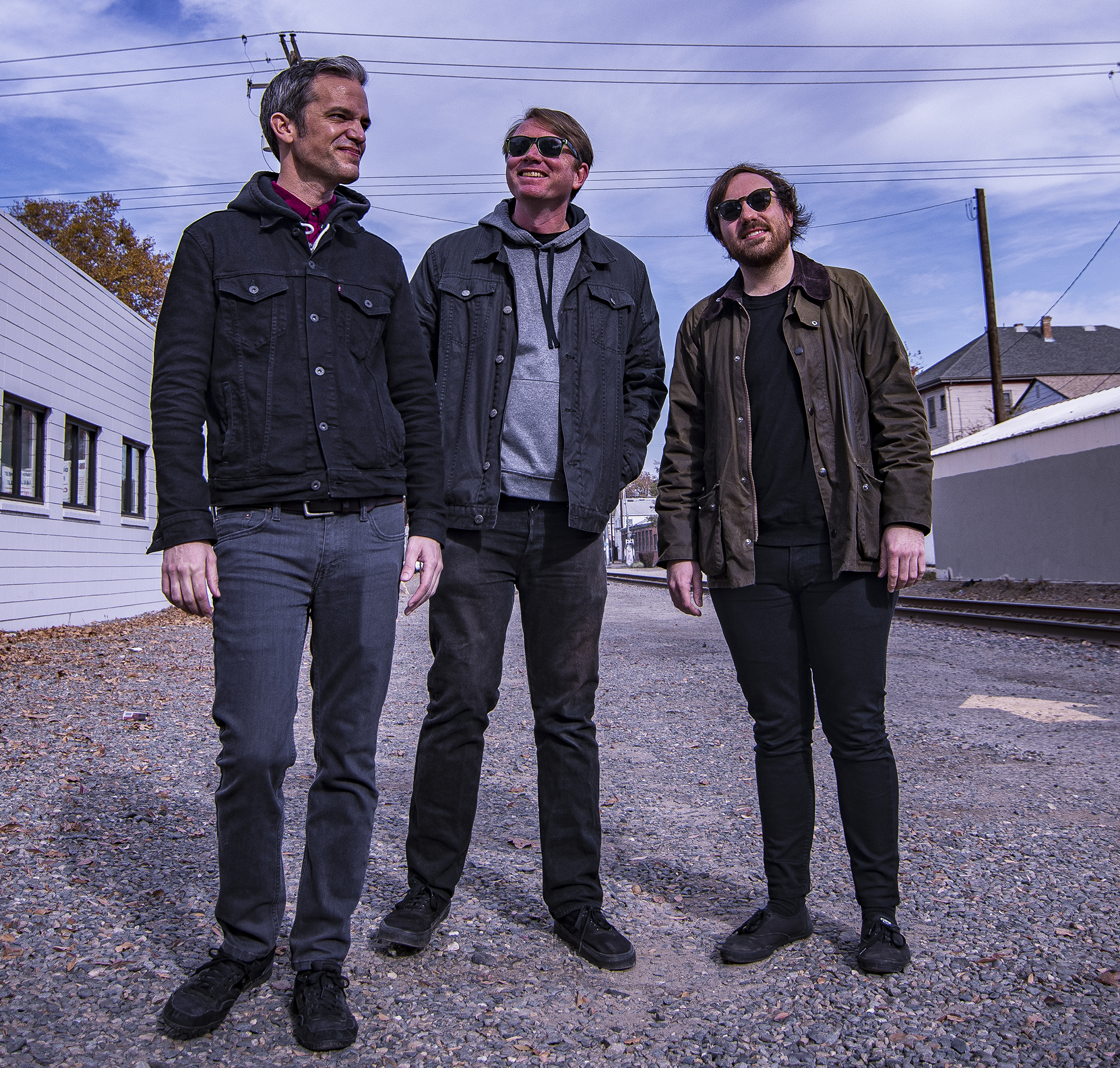 “He was great,” said Bone of Hills. “He did the second EP for us too, and that was our first experience working with him. We had such a good experience that we just kept carrying on and did this new thing over a number of sessions with him. I think his overall demeanor and just being down to do what we want to do works for us. We definitely wanted to record the basic tracks live in the studio, and there are certain people that tend to think that is a bad idea, but he was just like, ‘alright, let’s setup.’”

“That’s the funny thing about this album is that it took a year and a half to get the amount of songs together that we wanted to record, and the actual act of recording was in two different sessions, but each session took no more than an accumulated 10 hours or something,” added Henderson. “We were always prepared to knock out really quick, and I think Pat enjoys that; that we are there to seriously work and get it over with. He’s great and I think his sense of humor works with us pretty well, so we get along with him pretty good.”

A particularly interesting track, “Depths,” had some familiarity to the song. Behind the keyboards is none other than former Darlingchemicalia member Stephine Bone (also married to Ian). The appearance is the first time the four of them have played together since the final Darlingchemicalia show, and probably the closest anyone is going to get to a DC reunion, according to the band.

However, for those out there who are chomping at the bit to see things as they once were, there is good news: Stephine will be joining the band on stage once again at the next show, which is a sort-of record release for Pure Fear. Not only will she perform “Depths,” but she’ll also be filling in for any keyboard-related appearances required during the course of the show. The boys seemed excited at the opportunity to share the stage once again with their former bandmate.

“I’m excited to hear [our songs] that way,” said Bone.

In addition to the album being released online, as well as at the show, the band is also getting an LP pressed, something the band is eager to pass along to fans, as well as to have for themselves.

“I do really like the streaming thing, like the convenience of having that,” said Bone. “Especially for a band like us. You don’t have an excuse. You can pull it up on your phone, Apple Music, Spotify…whatever, it’s there. But I think the idea of doing an LP for it is thrilling to me to see it, to have it, the artwork …”

“It’s a little bit more for us,” added Henderson. “I mean it’s great to have merch to sell, but it’s also a token of achievement for ourselves. I’ll be able to pull that out in 30 years and be like, ‘Oh yeah, it’s still in the shrink wrap.’”

Over the years, the three members of Grave Lake have been through a lot together, and while they don’t feel the lyrical content of their work has necessarily matured with age, they do feel like they have homed in on their craft.

“I would say now more than ever, I’ve never spent so long writing a song as we do with this band. We put them together, we take them apart then put them back together. There’s definitely much more thought put into it now.”

Get out to Blue Lamp (1400 Alhambra Blvd.) Friday, Dec. 13, 2019, for the album release show for Grave Lake’s LP Pure Fear! Also performing are Sacramento shredders Ghostplay, and Atlanta-based Sub Pop Records artists, Omni. Show starts at 8 p.m. and is 21 and over. For ticket info, visit Bluelampsacramento.com