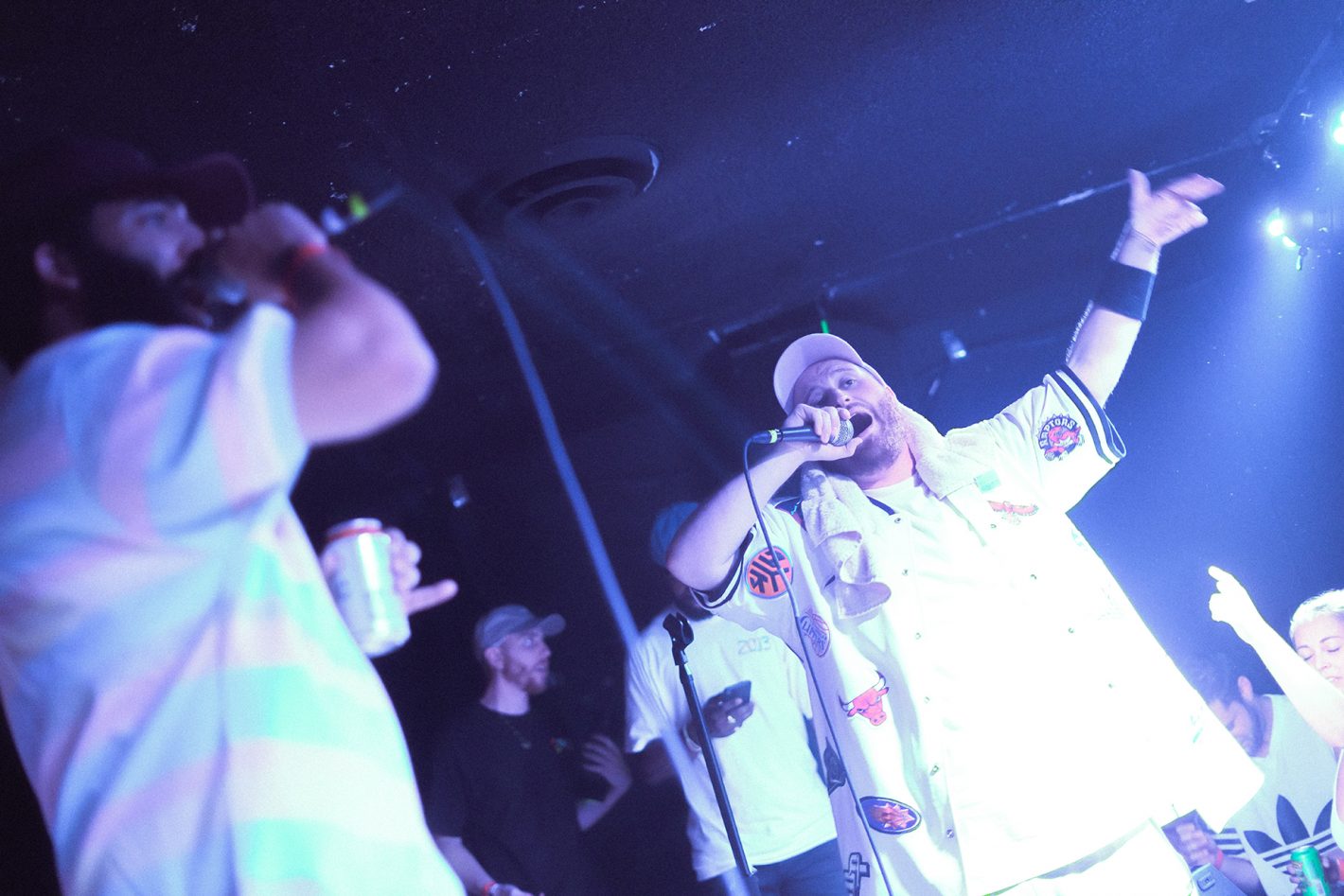 Unbeknownst to me at the time, I would be attending a 2013 Sacramento homecoming—the prerequisites: a love for Willie’s Burgers, weed, Jameson, sour gummies and Nintendo 64.

Sacramento-based rapper Harris Rudman—who released his latest album 2013 in May—performed at Holy Diver alongside friends and fellow artists in an energetic yet easy-going environment. The backdrop: a gray couch, retro gaming console and a rocket ship piñata.

Rudman was the night’s host, accompanied by Zero Luck and Stretch from the Bay Area, Davis-born Nate Curry and Sacramento artists Madmanleek, Joey Casanova and producer Brian Lentz. The vibe was casual; each artist hung out on stage, occasionally joining Rudman to perform. 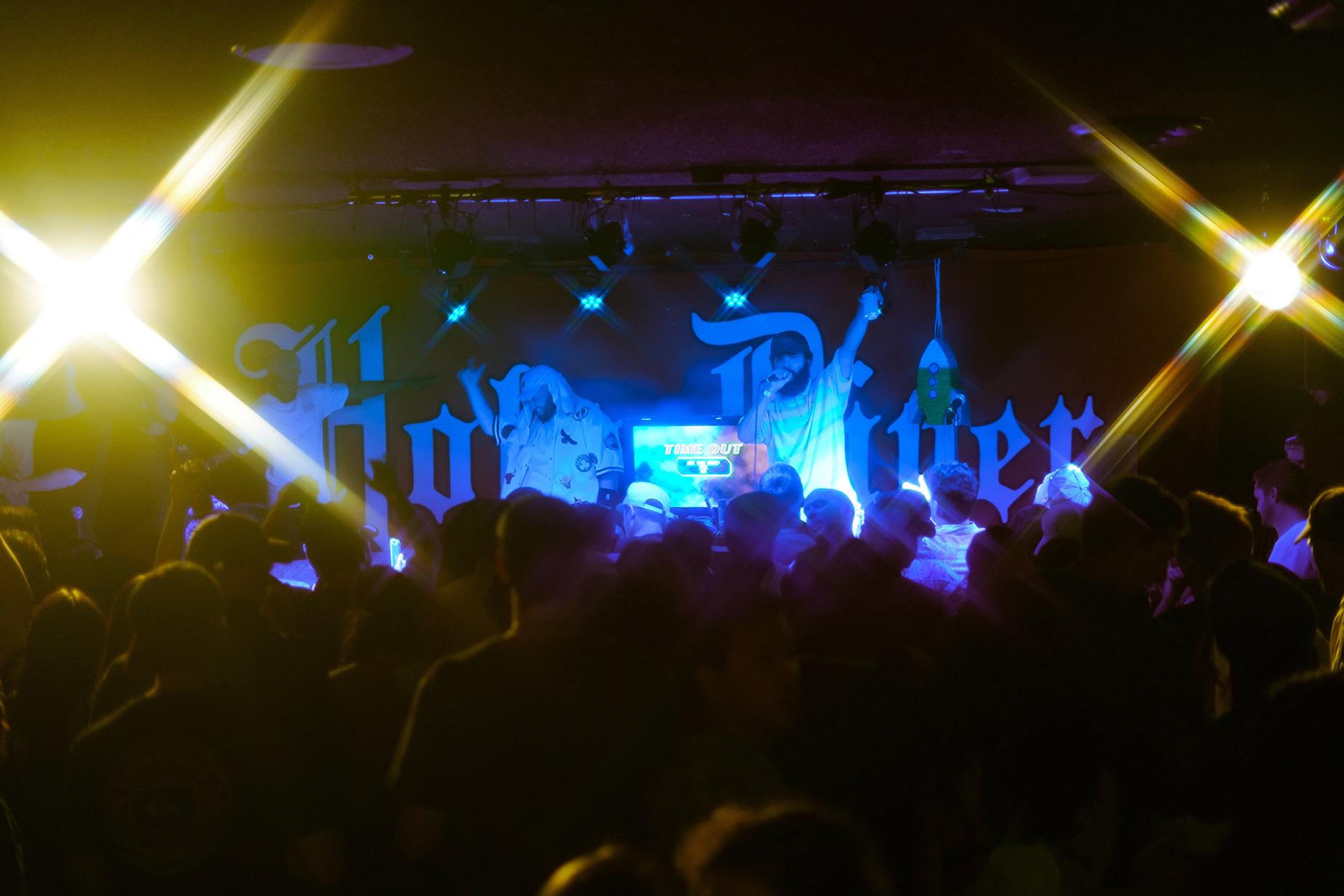 The show began with “Bond’s Eye,” and the sample-driven song was a fitting start, as Rudman’s steady flow captivated the audience. Rudman unleashed a primal scream following the track, informing the crowd this would be a party, not a recital. 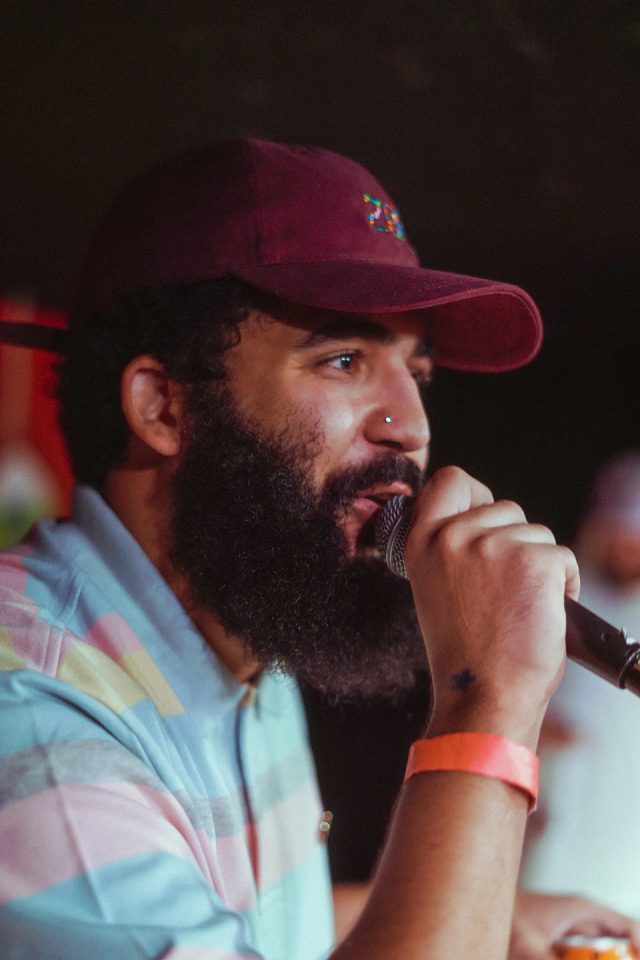 Zero Luck was next. His first song was about being a homebody. Madmanleek and Joey Casanova chilled on the couch, passed a bottle of Jameson, played Super Smash Bros and sung along with Zero Luck.

The focus went back to Rudman, as he handed out sour gummies to the crowd resembling a mobster dispersing Thanksgiving Day turkeys. Zero Luck ended his set saying, “This is probably the last time you’ll see me.” Self-deprecating humor was a common theme.

Rudman’s track “White Lighter” was next in the queue. Red lights glowed from above, and the mood mellowed with the highs of the audience. The lights dimmed halfway through the song as Rudman held up a white lighter. The tempo increased during the second verse and the crowd’s energy rose in unison.

One of the few serious moments was quickly overshadowed by Jamaican horns interrupting Rudman’s post-song speech. “You’re not supposed to do this when we’re talking … We’re like a married couple,” Rudman said, looking at Lentz. Rudman jumped into the crowd and fans quickly rushed to the front, positioning to get a video of the star performer.

Rudman hopped back on stage and signaled Stretch to his side, the “Wario to his Waluigi.” Stretch countered by saying, “This isn’t choreographed at all,” and the two performed several songs, dancing and vibing throughout. 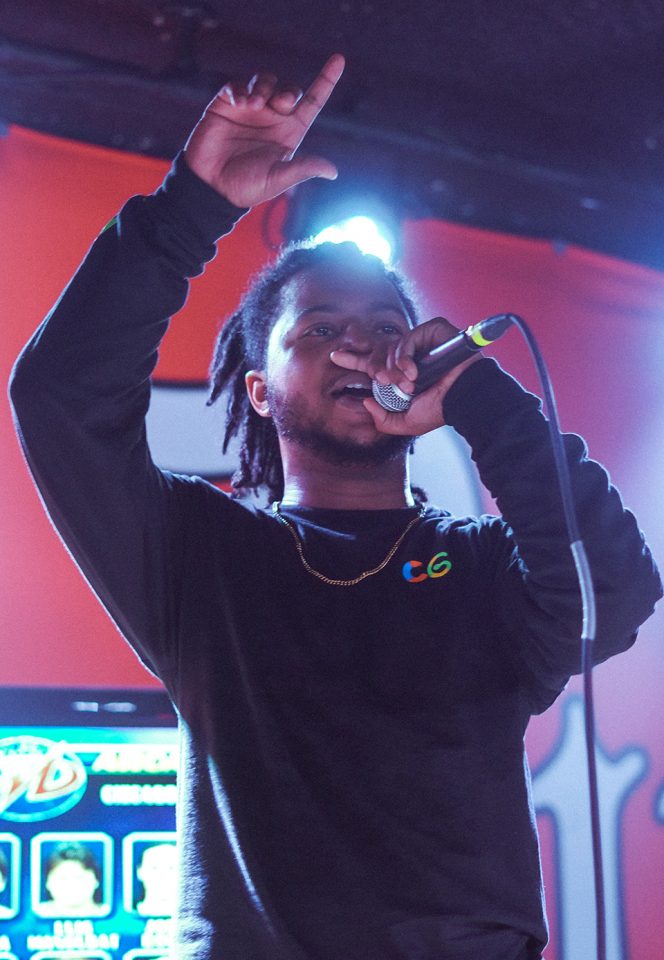 Madmanleek assumed control, and Rudman sat down on the couch to play a game of Super Mario Tennis with Curry. The smell of marijuana spread throughout the venue as Madmanleek performed his last song with Casanova. In case you were keeping score, Rudman beat Curry, two sets to none.

The increase in smoking matched the flow, as Casanova took over with his smooth, R&B-focused tracks. Then time came for Rudman to show his range, saying, “You guys have heard me talk, rap … You’ve seen me sweat. Now it’s time to hear me sing.” Feedback from the mic echoed through the speakers, but it didn’t distract the fans from Rudman and Casanova’s blissful track, “Mitosis.”

“I don’t even wanna rap, I just wanna hear Joey sing,” Rudman told the crowd. Casanova’s serenading vocals were a pleasant addition to the night. The show continued with several tracks between Casanova and Rudman before Curry joined in.

Curry was a rejuvenating presence. He started off his set with a song about him being compared to Drake. Curry is less, “Drake” type musically and more of the “Tyler, The Creator, Odd Future” vibe.

Local IPA from Track 7 in hand, Curry introduced a song that he made with Rudman “two weeks ago.” The song was fun, and it ended with them two-stepping in cadence on stage. The self-deprecation continued—Curry joked, “That was my worst song.” 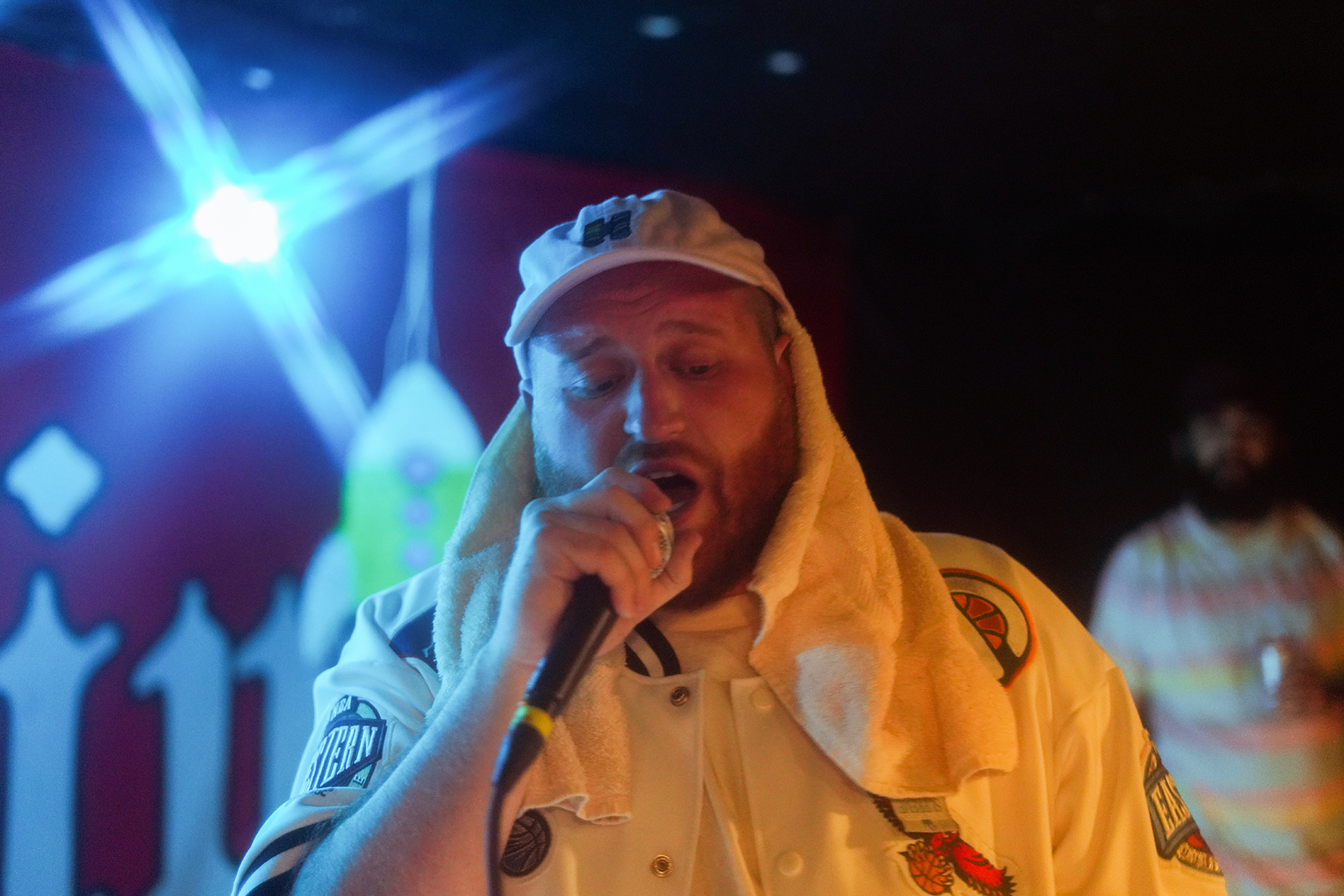 The night concluded with Rudman’s most popular song, “Memories.” A “boom-bap” throwback, ‘90s style beat; the new anthem for Sacramento’s underground rap scene. Following the encore, Rudman’s crew took the stage for a bow like one at a Broadway play. But that wasn’t a proper ending, and a chant of “Gang … Gang … Gang” emerged as Rudman finished the night off with a freestyle.

I caught up with Rudman after the show. He explained to me the inspiration for the album and stage setting, “We just wanted to recreate the year 2013, when we all began writing and producing music.”

The night was a fitting representation of Sacramento: unique styles of artistry, authentic friendships, carefree lyrics and dancing. I look forward to attending the five-year reunion.