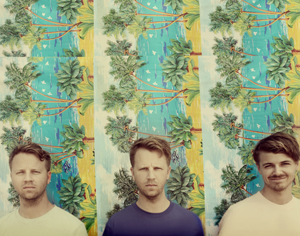 Grab a couple of beach vibes, sharp Vampire Weekend influences, and the sounds of Beach House’s chilled-out persona, and you’re halfway to understanding the coolness of Cayucas. Forming in Santa Monica in mid-2012, Cayucas embodies what would ideally be played at a really awesome summer BBQ featuring amazing ribs and excellent margaritas. Though it isn’t quite summer (hell, it isn’t even spring), California’s weather is giving us some serious early-June impressions, so why not make the best of the situation? Let’s kick off an early summer with Cayucas at Harlows on March 14. Tickets are $12 in advance ($14 at the door) and can be found at Harlows.com, so throw on your best beach outfit and get ready for Summer 2014!