Katy Perry on Why Kitsch Is Her Middle Name 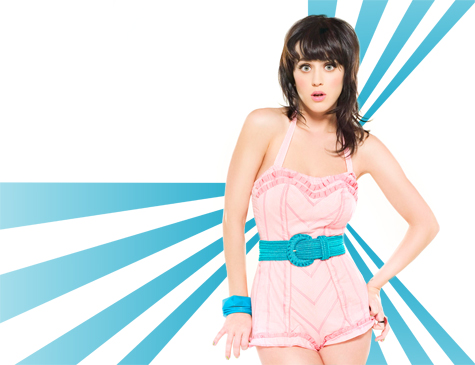 Love her or hate her, Katy Perry dominated the pop music scene in 2008. First gaining Internet notoriety with “Ur So Gay,” the 23-year-old pastor’s daughter was quickly catapulted into ubiquity on the strength of her unnervingly catchy and coyly sinful hit single “I Kissed a Girl.”

Though she seemed to emerge miraculously out of the Internet ether, Perry’s road to pop stardom began in her teens. At age 17, she entered under the tutelage of Glen Ballard, the producer of Alanis Morissette’s star-making album, Jagged Little Pill. Armed with a bold voice, and the right people around her, Perry’s own platinum success appeared inevitable.

But no one rises through the ranks of pop culture it-dom without pissing off a few people along the way–intentionally or otherwise. Parents were outraged by Perry’s ringing endorsement of girl-on-girl experimentation; meanwhile, some homosexual rights groups frowned upon the perceived use of “gay” as an insult. Perry also ruffled the feathers of her peers: When she jokingly referred to herself as a skinnier version of Lily Allen, the easily roused British pop star (and Perry’s Capitol Records label mate) fired back in the press and threatened to publish Perry’s cell phone number on the Web. Most recently, Perry’s ex-boyfriend, Gym Class Heroes’ Travis McCoy, published scathing lyrics on his blog (not his own lyrics, mind you) in response to their breakup. This may sound like high school-level drama at best, but let’s face it: Controversy moves units, as does sex appeal, and Perry has plenty of both at her disposal.

A new year poses new challenges for the burgeoning superstar. Perry opens 2009 by embarking on the Hello Katy tour–her first headlining world tour–that will bring the young singer/songwriter to large clubs and small venues such as Sacramento’s own Empire on Thursday, Jan. 29. For the many sold-out dates lined up before her, Perry promises “plenty of eye candy” for ticket holders. In the following interview, she discusses with Submerge her upcoming tour, debunks some common misconceptions and explains why a virtual duet with Tay Zonday at the Grammys could be on the horizon.

I heard you caught the flu.
Yeah, I have the flu, and I’m taking all kinds of vitamins and everything and trying to get miraculously better by the hour.

I never get sick. I’m so surprised, but I think a lot of my band members were sick over the past week, and I’ve been in rehearsals and stuff. You know, no pain no gain.

I guess that’s what happens when you get cooped up with a bunch of musicians. I hear they contract disease a lot.
Yes. We keep the bus at a frigid temperature, because, you know, if it’s too warm, it spreads. So the bus is always super cold. And we do it all for you! We tour in pain for you.

You were pretty busy in 2008. Are you concerned about how you’re going to follow that up this year?
I really don’t know how it all happened… I mean, I worked really hard, and I’d hoped the fruits of my labor would show up one day…and they did. But, I don’t know. If everyone knew the secret, then I think they would all be using it right now. I’m just putting one foot in front of the other and doing the best job that I can. I’m always in competition with myself to be better than the last day, and to give people the unexpected, so that people don’t figure me out. So they have to wonder, “What’s she going to do next?”

With this tour, especially, I think a lot of people were expecting me to do huge venues, but I was like, no. I may have had a couple of songs, but I’m still doing 1,500 to 2,000 seaters, so if you’re standing in the front row, and I reach my hand out, you’re likely to pull me in with you. I just think that’s really important. That’s why I exist–I don’t really call my fans, “My fans.” They’re more like my friends. I know that sounds cheesy, but I feel really close with them. They’re all really smart, and they’re all creative in their own ways as well.

I’ve followed your blog for a while on Tumblr. It seems like the Internet has been very good to you, in general. I’m not sure if you use it better than some of your contemporaries, but you definitely have a connection to it. What are your thoughts on using the Internet and how that’s helped you get to where you are right now?
The Internet is a fast-moving train that’s heading to a great place, and if you’re not on it, you’re going to be left in the old place–the boring place. It’s vitally important. It’s the big gap between ages. Someone who doesn’t use it, or doesn’t know how to use it, needs to learn, because it’s going to be part of our future. It is a part of our future now. There’s no barrier between me and someone in London, or Tokyo. There used to be such a big barrier. You couldn’t really connect with anybody, and now you can… I have a really great forum of kid–it’s Katyperryforum.com–and they’re just so cool. I log in and leave posts and stuff like that, and my blog is really important to me. I think it shows a little bit more of my personality. I used to run my Myspace every day until it really got to an intense point. But my blog is my go-to for posting all kinds of things. I post funny shit that I see, sometimes I post responses to things. Sometimes I post subliminal responses to things [laughs] and you only get it if you really know–if you’re really following. I’m a fan of blogs, and a lot of my friends were doing it, and I thought I should figure out some HTML shit too.

Reading it, it doesn’t seem to fall into the category of promotional tool.
No, everything for me is really organic. A lot of people sometimes think, “She’s manufactured and she’s got 12 guys in suits pulling her strings.” I think over time they start to realize what they first thought I was is not where I’m at. I see in blogs and places like that, where people will write, “I didn’t know about her. I wanted to hate her at first, but I couldn’t.” Everybody wants to cast judgment really quick. I understand that. There have been a lot of lame pop girls who have let us all down. So it’s a good feeling for me when people change their minds.

When I was telling people that I would be interviewing you, they would either say, “I love her,” or, “I can’t stand her.” There didn’t seem to be much in between.
Some people don’t understand that I’m in on my own joke. If kitsch could be my middle name, I’d have it there. I realize I’m a love it or hate it situation, but at least they’re feeling something.

You’re a part of a contest in conjunction with the Grammys, “My First Grammy Moment.” I was hoping you’d like to talk about that.
It’s going to be awesome. The Grammy performance is going to be out of this world. When I pitched them the idea, I thought for sure they would say, “Oh, we can’t even fathom that,” or “That’s too MTV Awards,” you know what I’m saying? But they embraced it. I thought up this idea for a year, and I wanted to do it at some point, and I can’t believe the Grammys are going to let me do it. Also, [during the Grammy performance], the best videos picked that are going to be shown on these huge TV screens… It’s kind of like they’re parodies, but they’re going to actually be singing it. I’m telling everybody to put costumes in it, put some choreography in it, make it fun and colorful, because that will definitely win. I would do it [enter the contest] if I wasn’t performing [laughs].

You performed at the YouTube Live event. Are there any YouTubers that you follow that you hope submit a video?
Oh yeah, like, Fred and Tay Zonday [of “Chocolate Rain” fame]. I would die if Tay Zonday sang “I Kissed a Girl” in his voice. 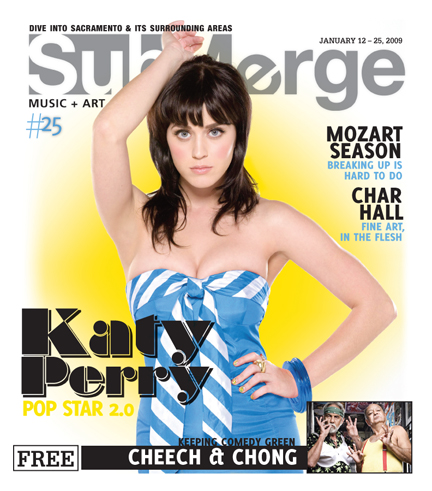