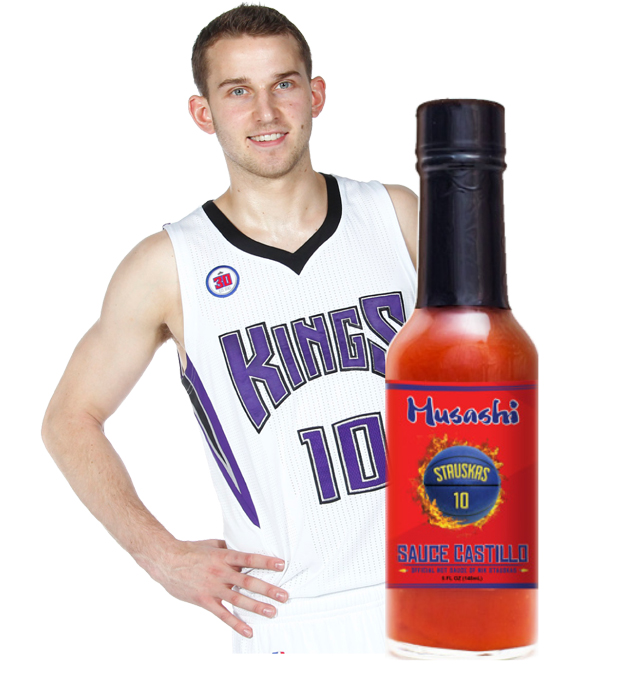 After a closed-captioning TV error hilariously dubbed Sacramento Kings rookie Nik Stauskas as “Sauce Castillo” during a home game against the Philadelphia 76ers back in March, the nickname naturally stuck. “After the game I go on Twitter and everyone was like, ‘Good game Sauce!’” Stauskas told the hosts of ESPN’s SportsNation back in April. “I just kind of embraced it because everyone was loving it.” The nickname took off. Within 48 hours the Kings had custom Sauce Castillo jerseys, they even held a Sauce Castillo Night. Now not only does Stauskas have the spiciest nickname in the NBA (“It’s got a little ring to it,” he said in the interview), he also has a new hot sauce out in collaboration with Musashi Foods called, you guessed it, Sauce Castillo! “It’s actually pretty good, you’ve got to try it. It’s got a little smoky flavor to it,” he said on the show. You can order yours today for just $4.99 at Musashifoods.com/castillo. See you next season, Sauce! We know you’ll bring the heat both on and off the court.