How Weird Is Too Weird? 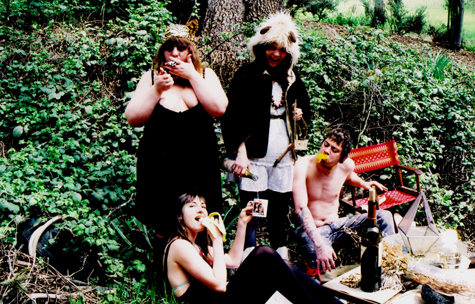 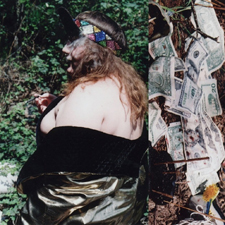 KDVS Recordings broke into the modern cassette fetish in May with ALAK’s GRÃ˜UPS and while, I feel regrettably late to the campfire, the album’s August digital release will hopefully breathe new life into another fine installment in the local cult of weirdo-folk music.

From Davis to Midtown, stretching on up to Placerville and Nevada City, the greater region is rife with weirdness. Folk, the genre armed with acoustic guitars and banjos, is treated quite differently in our region. Bands like Ellie Fortune, Sea of Bees, (formerly) Chelsea Wolfe and Dead Western are connoisseurs in crafting folk oddities. Is it the legalized marijuana? Is it an unseen Owsley figure with an endless supply of blotter acid? Are the surrounding woods filled with mystical spirits and owls, like in David Lynch’s Twin Peaks? Or is it the Sunday farmer’s market? I could not tell you. It is only known that the weirdo folk genre is as organic to Sacramento as the pungent smell of garlic is to Gilroy.

Place ALAK in the weirdo folk community’s highest regards. GRÃ˜UPS asks, “Are you weird enough, man?” for a two-song duration of ambient fuggery, freak-out jazz skronking and crystalline tape machinations, before settling in with a folk track fed through dub selector systems called “My Love Is the Best.” The intro to GRÃ˜UPS is deliberate in establishing a weird front. As a digital release the challenge is a non-issue, since skipping is as easy as a pushed button away or the stroke of a delete key; but in the tape format, ALAK is risking its heartstrings in the name of experimentation. With the futzing mess out of its system, ALAK harnesses its chi for an enlightening stretch of acoustic haunts (“White Stones”), instrumental transmissions to the Third Kind (“Doc’s New Super Leo”) and off-kilter sambas (“Pull Old Saint Long Chaine”).

All great albums must come to satisfying conclusions, and GRÃ˜UPS rallies for a final shot at greatness with “Child Heart” and a cover of Robert Wyatt’s “Alliance” (I excluded the field recording “Wiiind,” simply because it’s just a slapping barn door and the whistle of Mother Nature). “Child Heart” dodges the folk label entirely, by operating in the tropes of pulsating indie-rock and synth-pop flourishes. As songstress Jocelyn Noir lingers on the lyrics, “Just get it out,” the blossoming synths billow faster for a dramatic crescendo that delicately releases its grip on us, so we’re not too wound up for “Alliance.”

I would much like to hear the GRÃ˜UPS cassette, but I am grateful my introduction was the digital release. Hearing “Alliance,” a Wyatt cover that claims “Chomsky got it right,” sung in Noir’s chilling whispered croon is best enjoyed through a pair of expensive headphones. In the comfort of a headphone womb, ALAK’s version of “Alliance” is a lush swan song, willing to let the lyrics be the challenge issued, rather than a test of one’s taste for experimentation.

ALAK’s GRÃ˜UPS requires patience, beyond determining your threshold for clatter, but grit through the odder moments and it’s a record with the capacity to nurture. Possibly GRÃ˜UPS is your gateway into the weird scene without undergoing altered states? Don’t worry, it’s only folk music with an unorthodox slant.

You can stream ALAK’s GRÃ˜UPS at Alak.bandcamp.com, where you can also find links to download the songs and purchase a copy of the cassette.