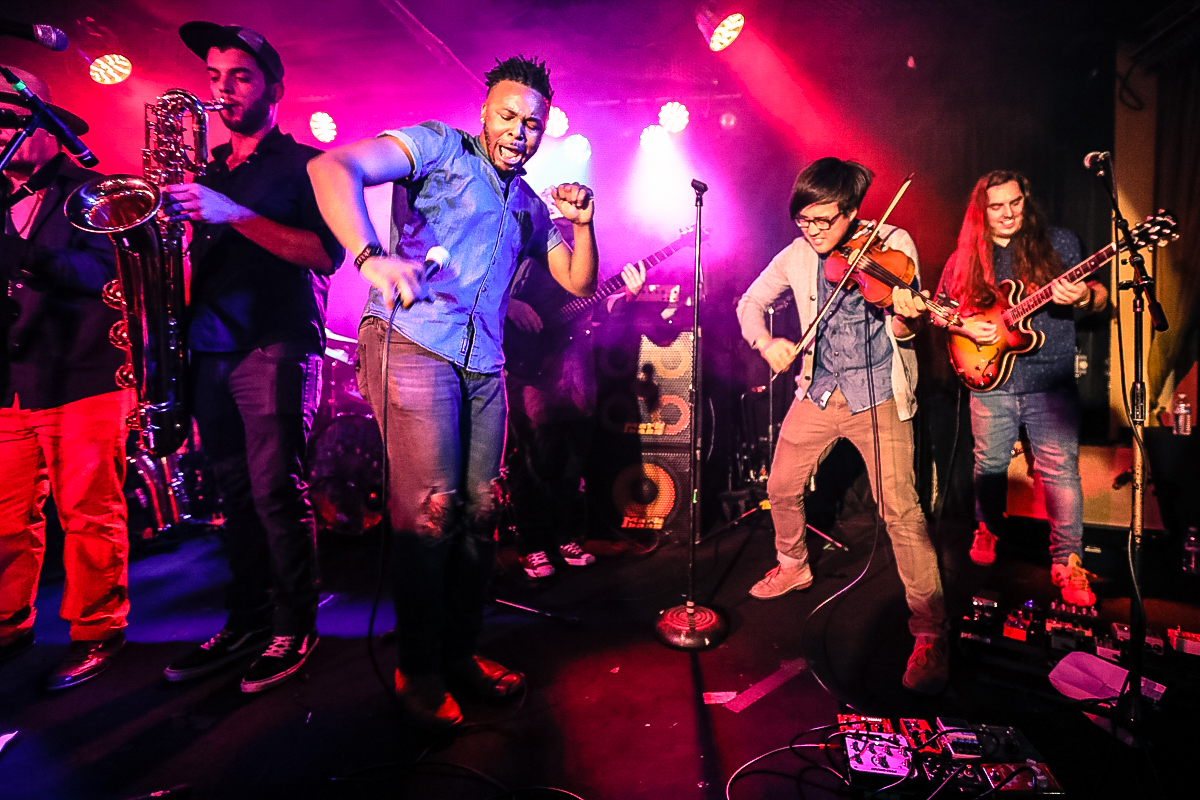 Late into Ideateam’s sensational, celebratory album release party at Harlow’s last Saturday night, one of the band members mentioned that singer Julian Cunningham had just earned his diploma from Sac State earlier that day. As the crowd applauded, Cunningham—drenched in sweat like the rest of the band—stopped and looked at the crowd.

There was a pause and then he said, “This shit right here!”

And with that, the band went back to crushing it. Over the last six years, Ideateam has been putting in work and have persevered to evolve into Sacramento’s finest funk outfit. All of that work also culminated in a solid new album, their third, called Kinetic. On Saturday night, the 10-member Sacramento band headlined an album release party at Harlow’s for a solid triple-header with Joe Kye’s trio and San Francisco’s excellent Midtown Social also opening. 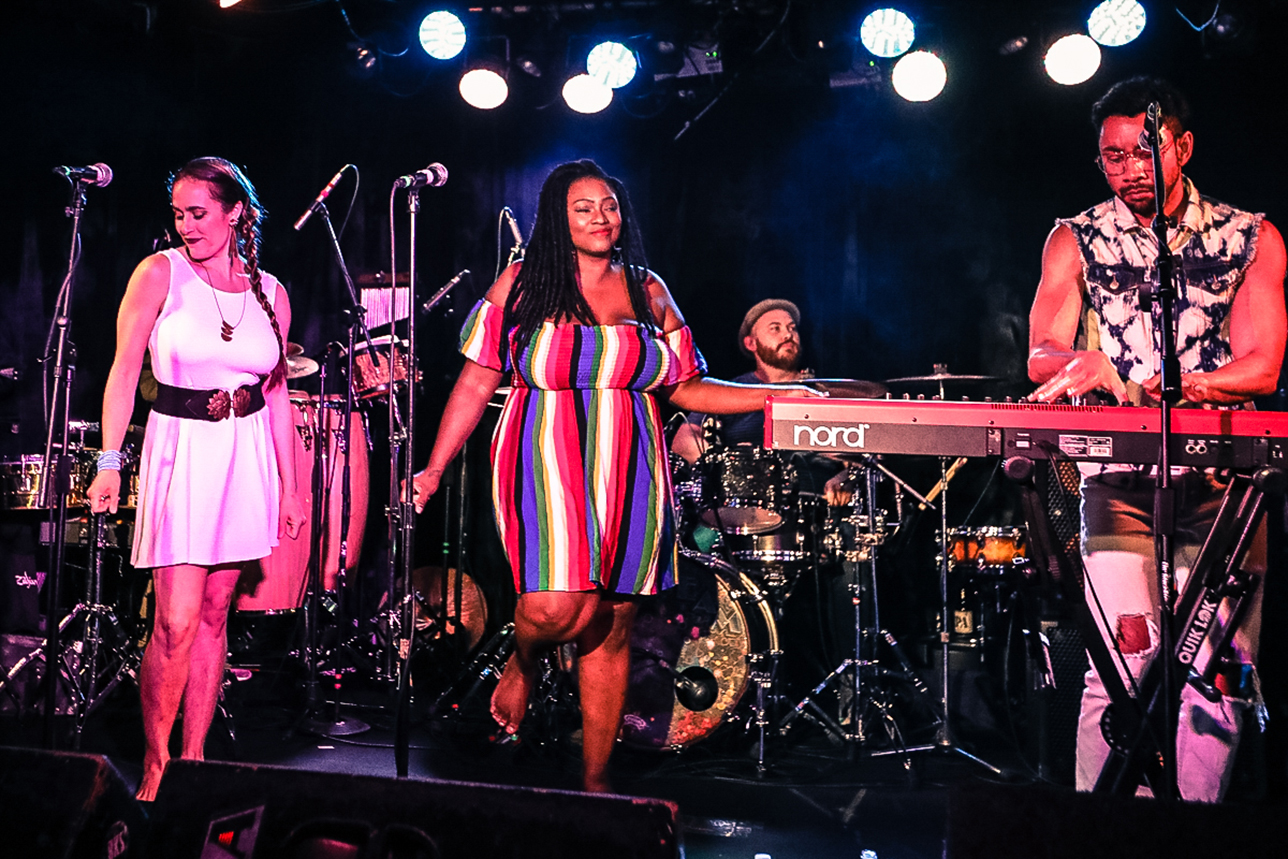 Ideateam recently returned from a whirlwind tour that brought them from Sacramento through Texas and on to New Orleans, where they played an event called the Bayou Rendezvous. This show took place at the legendary Howlin’ Wolf club during the New Orleans Jazz and Heritage Festival. Naturally, in a city that doesn’t sleep during Jazz Fest, this was an all-night affair. Ideateam’s set started at 6 a.m. and was called the “sunrise breakfast jam.”

The band caravanned out there in two vehicles, a van and an RV.

“I had never ridden in a car for 26 hours,” said drummer Joey Carusi. “There were a few snags along the way and naturally we came back broke.”

However, between the four shows the group played in Texas and the gig in New Orleans, the band, most of whom had never been to New Orleans, came back more inspired than ever.

“Everybody came back super hyped on music,” said Carusi. “You’d be outside in New Orleans and you’d wander down the street and bands are playing everywhere.”

Kinetic shows the band maturing stylistically as well as in the studio. The word’s Greek origin simply means “to move,” as in, Ideateam have been on the move.

“We’re really happy with the way it turned out” said Carusi. The band knocked out the album in chunks over a six or seven month period of time at Paradise Studios.

Ideateam was formed in 2012 by four friends who grew up in Jackson—Carusi, Roilbeard K. Pulskamp-Lockhart (bass), Timothy Snoke (guitar) and Justin Butler (guitar). They were all friends in high school who had migrated to Sacramento over time.

When they initially got together, Carusi, inspired by The Hitchhiker’s Guide to the Galaxy, suggested the name Total Perspective Vortex. The band gigged around Sacramento under that moniker for a short while before they settled on the shorter and easier to remember Ideateam.

What sets Ideateam apart from other bands is that they’re a force to be reckoned with, whether as an instrumental band or with a singer. It’s not hard to imagine that if Tower of Power, Larry Graham, Eddie Kendricks and Lettuce had birthed a baby, Ideateam would be that spawn. 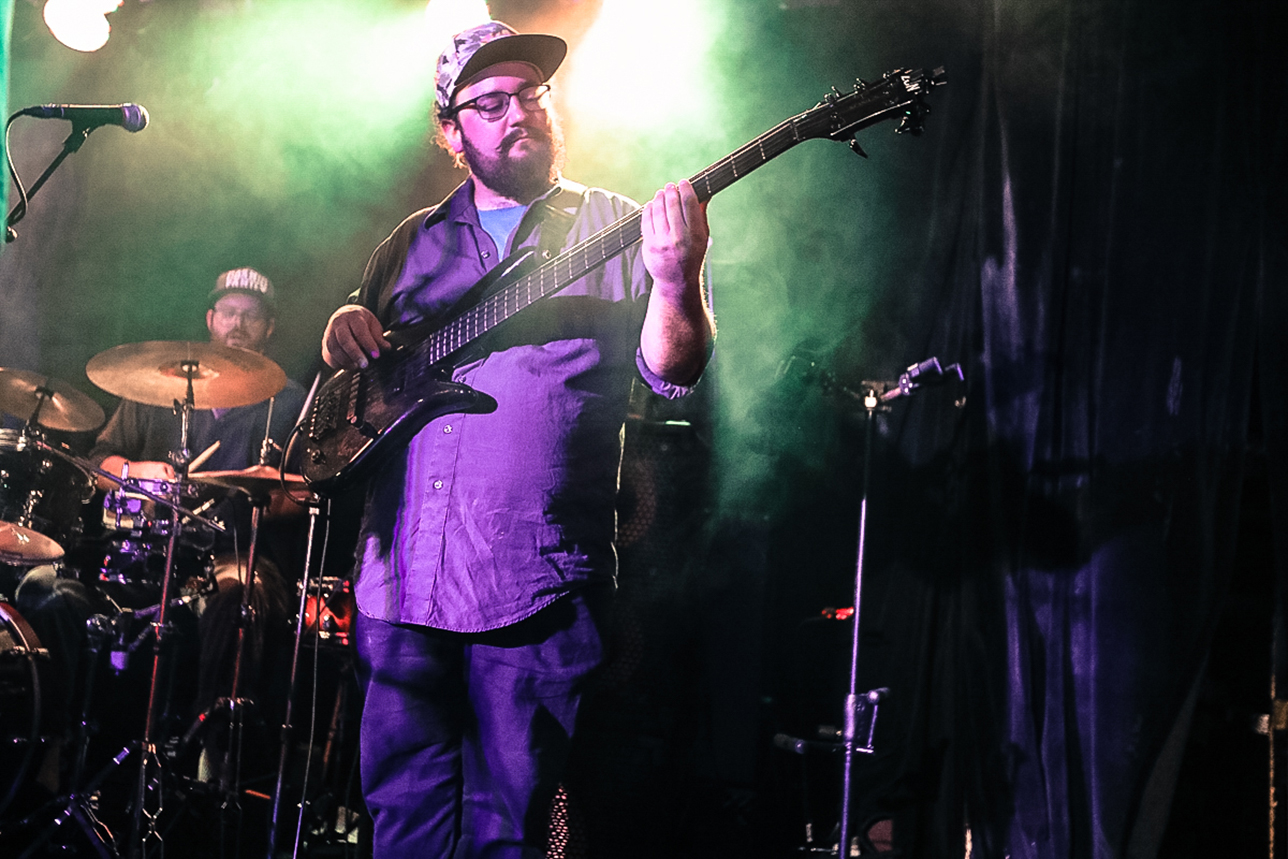 Cunningham has been with the group for over two years now, and he seems to have settled into the role solidly. He pens most of the band’s lyrics and it shows in the way he owns those songs onstage. The band’s superb horn section features Aaron Smith on trumpet, Mark Miller on alto sax, Chris Ryan on tenor and baritone sax and Josh Cambridge on trombone. You can often see any of those four gigging around town with other groups. The night before the album release show, Cambridge played with Arden Park Roots at Holy Diver and ended up sitting in with all three bands on the bill.

The depth of the group’s percussion adds another layer to the band’s sound. Mike Ruiz, who plays drums for both Be Brave Bold Robot and CFR has developed an amazing stand-up percussion style. He and Carusi have a natural chemistry, which they used to open the show with a percussion jam. Later, Ruiz played drums while Carusi hopped on percussion.

The group sounded sharp. When everything was hitting on Saturday night and the band was cooking and Cunningham was working the audience, there was a palpable pull between the crowd and the band. The place was shaking. The energy was high. And this was only a few songs into the show. They sustained this vibe all night. 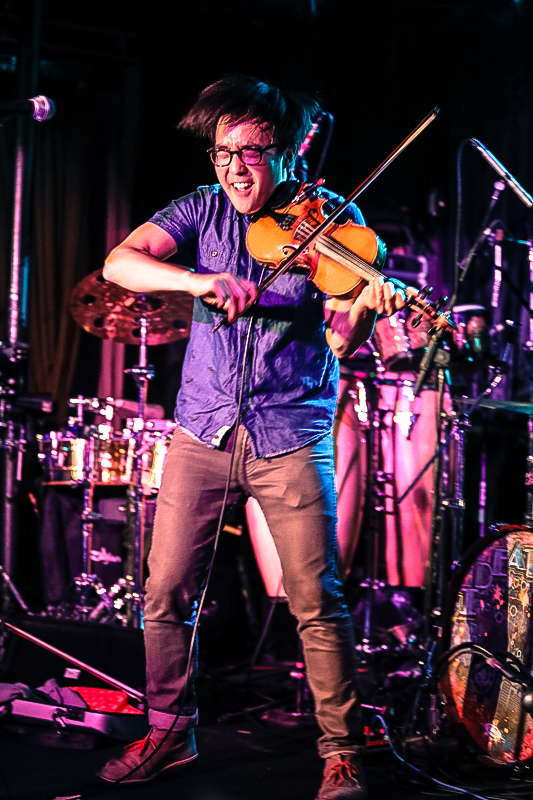 Earlier in the show, Joe Kye opened with his trio and the talented violinist and poet can’t help but put good vibes in the air as well. When he came out and joined Ideateam early during their set for a great mash-up jam that included parts of Beatles, Funkadelic and Temptations songs, the energy went so high that the roof nearly blew off. Ideamteam later brought out Megan Spurlock, who wielded her flute in a way that thrilled the crowd.

But when the magic dust of those guests had settled, it was Ideateam’s solid chops that were the story of the night. The percolating, driven, tight syncopation between Carusi and Ruiz; the sweet sting and fuzz of Snoke’s and Butler’s guitars on opposite ends of the stage; Pulskamp’s powerful, pulsing bass and, of course, those four fantastic horns. On top of all that, you had Cunningham riling up the crowd with sizzling dance moves and soaring vocals.

All in all, it was a great night for Sacramento music on a day when there were all kinds of amazing events in play that drew the eyes of the world. There was a nationally televised cycling event as well as two badass motorcycle events: The Sacramento Mile and Hangtown Motocross. And of course, there were big graduation celebrations everywhere. And perhaps, there was no happier graduate than Cunningham, because he and his bandmates have a great new album, a fiercely loyal following and they’ve already been invited back to New Orleans to play next year. 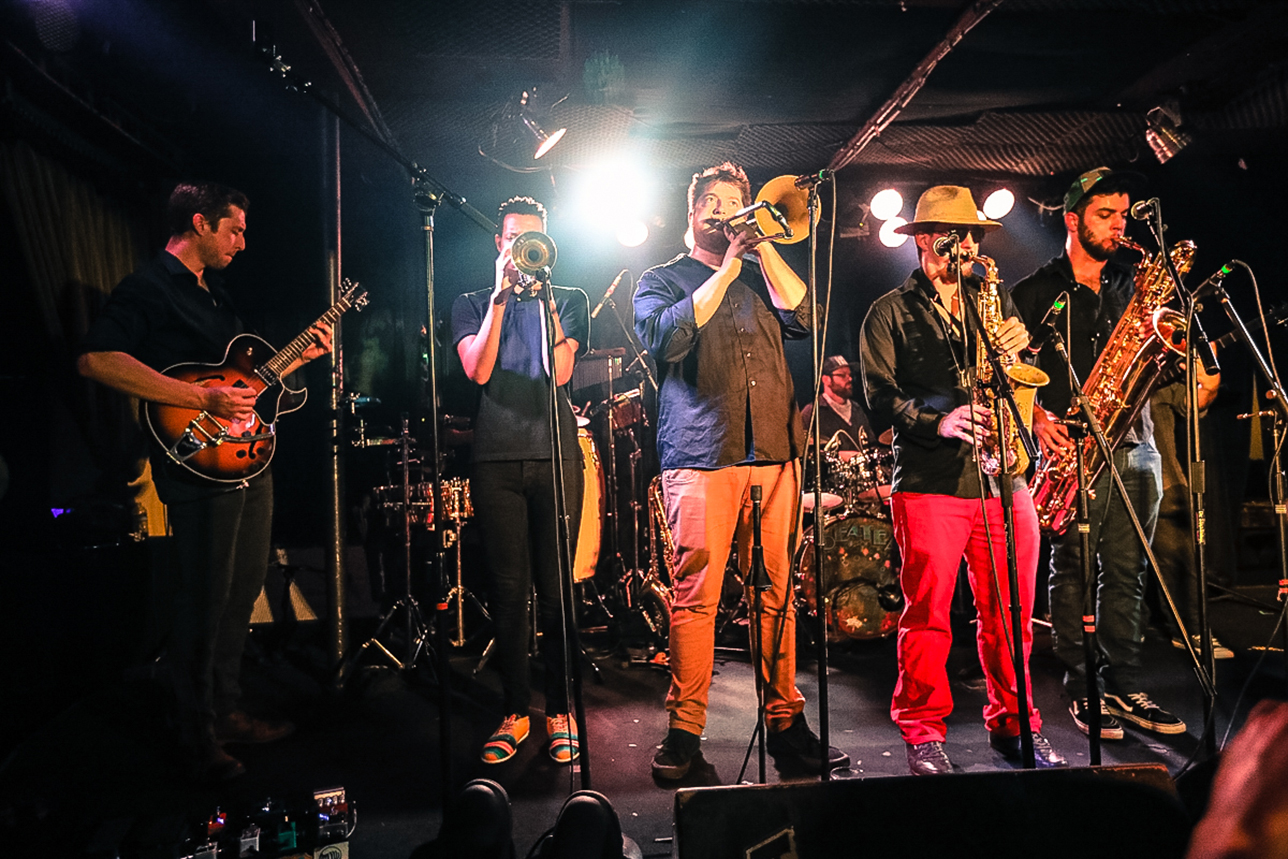