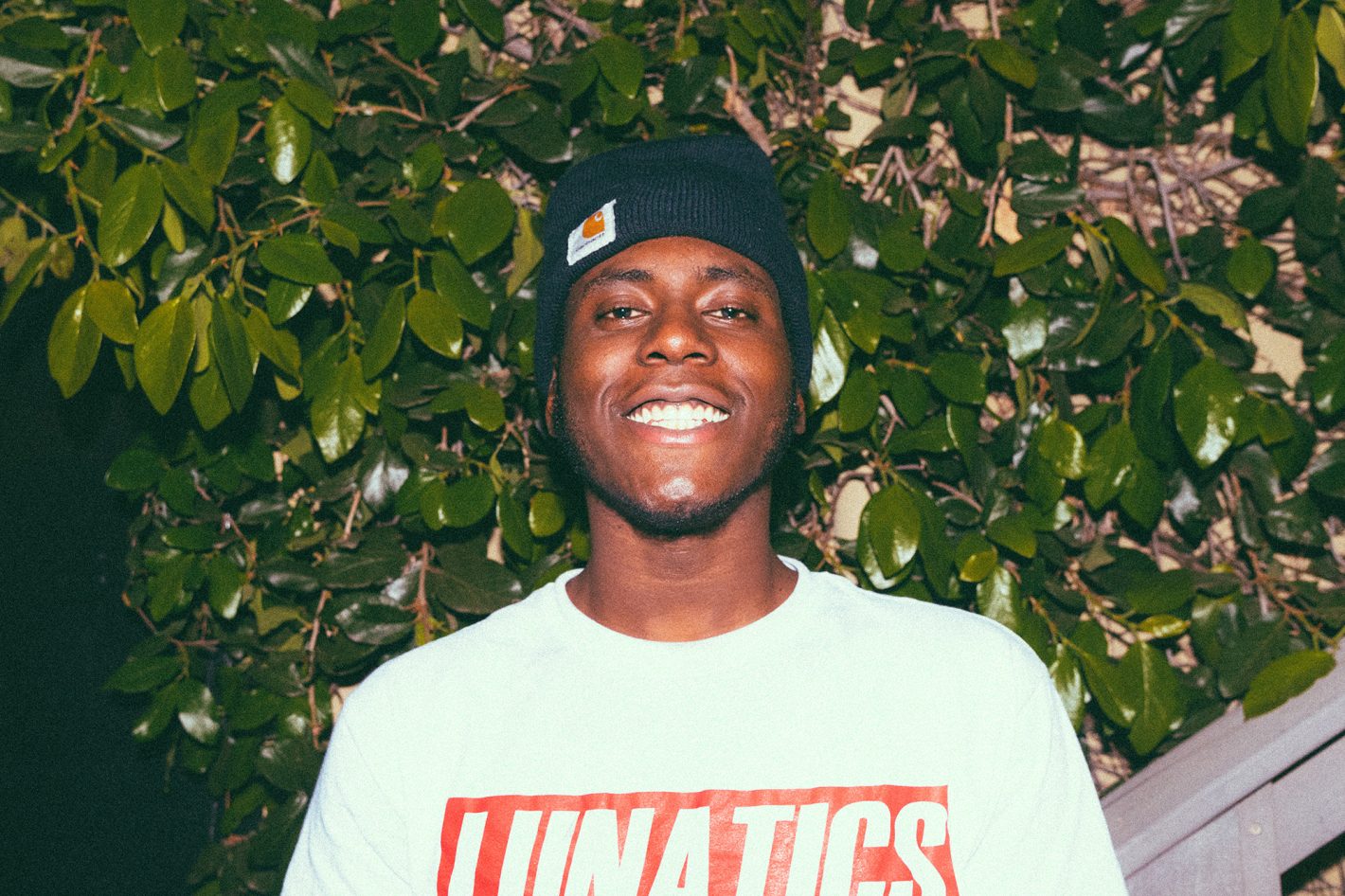 At a Carmichael hole-in-the-wall named Granite’s Subs and Wing Shop, local rapper Igwe Aka walks in. When I greet the 19-year-old Aka, real name Anthony Aka, he goes in for a hug rather than a handshake, like a good acquaintance you haven’t seen in a while. It was comforting. He recommends what to order for lunch—“The Sweet and Hot wings are flame,” he says—and mentions a new project he’s excited to work on, which pays homage to the SMACK battle rap DVDs from the early ‘00s.

I was first introduced to Aka’s music at Concerts in the Park last summer. Robbie of HOF was DJing and called Aka to the stage. Based on his performance that day, it would have been easy to assume Aka was a clown with electric energy and attention-grabbing humor. Although that may be true, he is actually more mellow and conscious of his actions and behavior. He exudes a self-awareness that would make one question his age.

Aka’s music is reminiscent of Joey Bada$$ in depth, and Kanye West in beats. His content deals very much with the realities of a kid growing up in the North Highlands/Citrus Heights area.

As far as genres, Aka doesn’t limit himself to a specific type. Reggae, soul, latin, African beats and African layers of chorus-inspired melodies can be heard across the artist’s tracks. Whether covering issues involving substance use, women, vivid emotions or simply being human, the rapper is always being honest with his audience and himself.

Although Aka grew up in a Sac suburb, he was born in Nigeria as Anthony Chukwubuike Aka’Naizerigwe. According to Aka, the term Igwe, from his last name, has multiple meanings, like king and the heavens.

Aka told Submerge that moving to the States and attending private school came as quite a culture shock, and that he would endure jokes about the color of his skin. As a child, he didn’t understand how his skin color was the punch line of humor.

“In Africa it wasn’t an issue to be black, that’s just what you were. So it was weird coming here and experiencing that,” Aka says. “I’m hilarious and I can take a joke, but at least if you’re going to make a joke, make it funny or interesting.”

In middle school, Aka was moved to public education and met close friends through those years. During that time, he says he was influenced by the contrasting interests that emerged within people, like Pokémon and skateboarders, alternative music and other people of color, and how this culture contributed to blending genres within his music.

He got into hip-hop through his older brothers who rapped. Aka started rapping in high school himself, but says that he was writing rhymes way before then. He always knew he was destined for something greater in his dreams.

Today, immigrants in America may be fearful to dream due to their prospects for deportation. The concept of the American Dream today is altered and somewhat non-existent, but Aka still believes it’s possible.

“It’s a little bit easier [today than in the past],” Aka says, “But the fight [for acceptance and decency] still has a long way to go. As Malcolm X said, ‘You don’t stick a knife in a man’s back nine inches and then pull it out six inches and say you’re making progress … No matter how much respect, no matter how much recognition [whites show toward me], as far as I am concerned, as long as it is not shown to every one of our people in this country, it doesn’t exist for me.’” 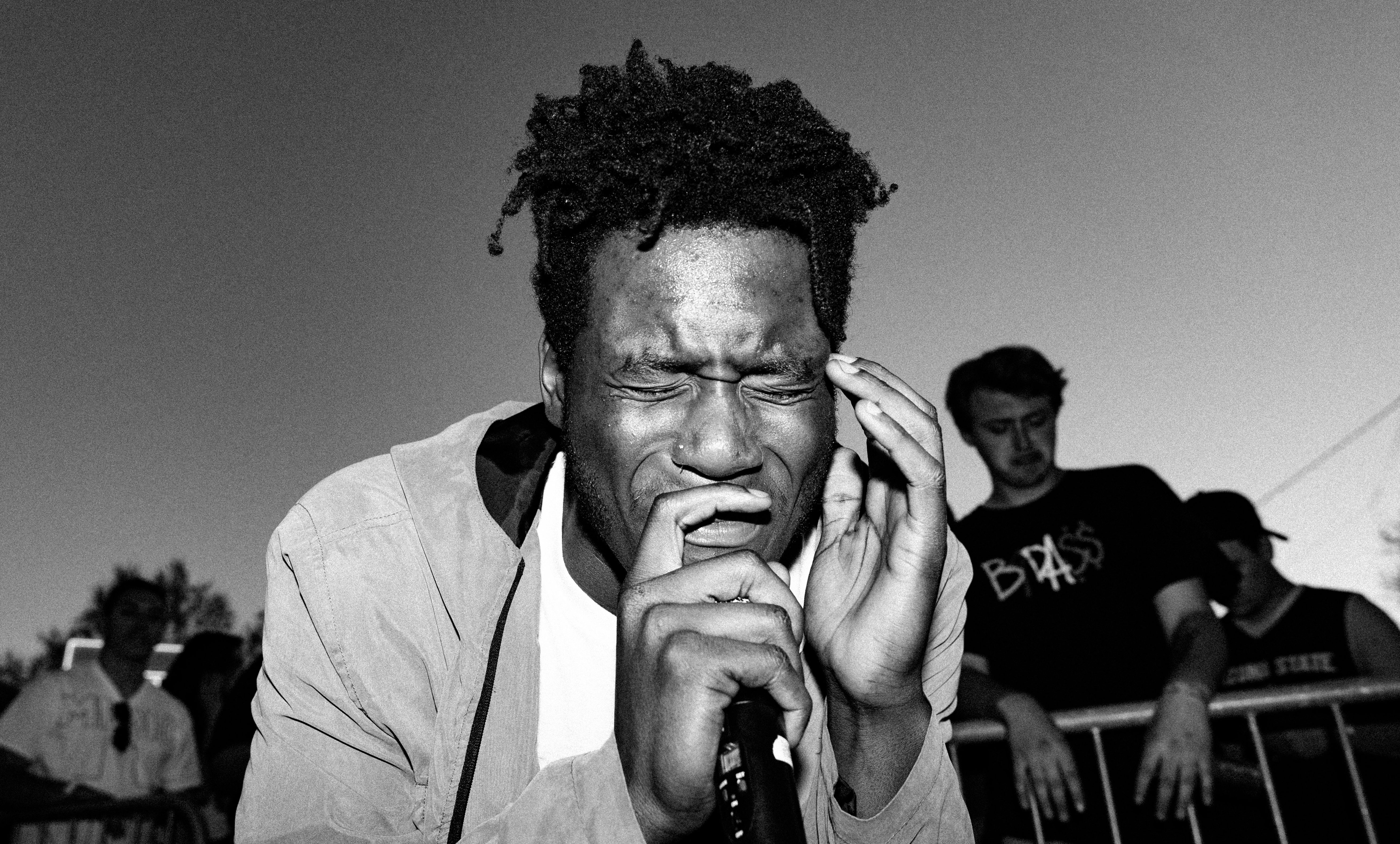 Aka details how his progress has increased in the Sac hip-hop community with the MyNorities, a group of rising rappers in Sacramento who support and help each other in the hopes of expanding their music. It’s evident that he cares for these dudes like family. He even mentions how the crew is doing a show at Exhale Smoke Shop in Sacramento to support one member who was in an accident and needs help paying for medical bills.

To be in the MyNorities, a person needs to be authentic. When asked about what authenticity means to him, Aka responds, “Just being cool. Like for me, it’s being a cool kid in the sense of being comfortable. Being comfortable in your own skin, in the clothes you like, in saying, nah that’s not for me, and in saying, that is for me. I have friends that say they would never do drugs, and that’s dope because they are expressing their individuality. But I also have friends who are like, ‘I feel you and that’s dope but I dabble.’ But that’s dope, too, because they are expressing their individuality.”

About a month ago Aka released the track “Moonwalking,” a reflection on anxiety and selling Xanax. He wrote the song out of frustration after selling his laptop and running low on funds. He had recording equipment but without a laptop, working on his craft was going to be difficult. With the help of his friend Austin and his laptop, Aka found a beat on YouTube from producer P-Soul to perfectly vent out his art.

He explained a bit about the allusion and figurative language in his lyrics. In the song he raps:

If you getting credit I’m the one who made the C-part
Face of a sweetheart pockets full of Sweet Tarts
If you got a sweet tooth hit me, I got street narcs
Off a downer, but the clouds are what we reach for …

What he means is, the face of those that he sees consume Xanax are young and his character in the song can provide the medicine for those baby-faced kids, but he understands that the drugs are for the darkness of anxieties building within these young people.

Prior to “Moonwalking,” Aka released his first music video for his track “Right On,” and has multiple projects on SoundCloud like The Classics Vol. 1, a collection of songs that includes the tune, “Henny Sea,” which has been played 33,000 times.

As for new stuff, Aka is working on a project called Smells Like Sadness. The collective project will be about 11 to 14 songs. But he mentions it may be cut to just nine tracks depending on how he feels about the result. The collection is based on springtime blues. Another collection Aka is building is called Igwe’s Universe.

Igwe Aka should be on your watch list and he’ll be popping up all over town sooner than you can imagine. Hopefully you don’t miss out on this King on the rise.