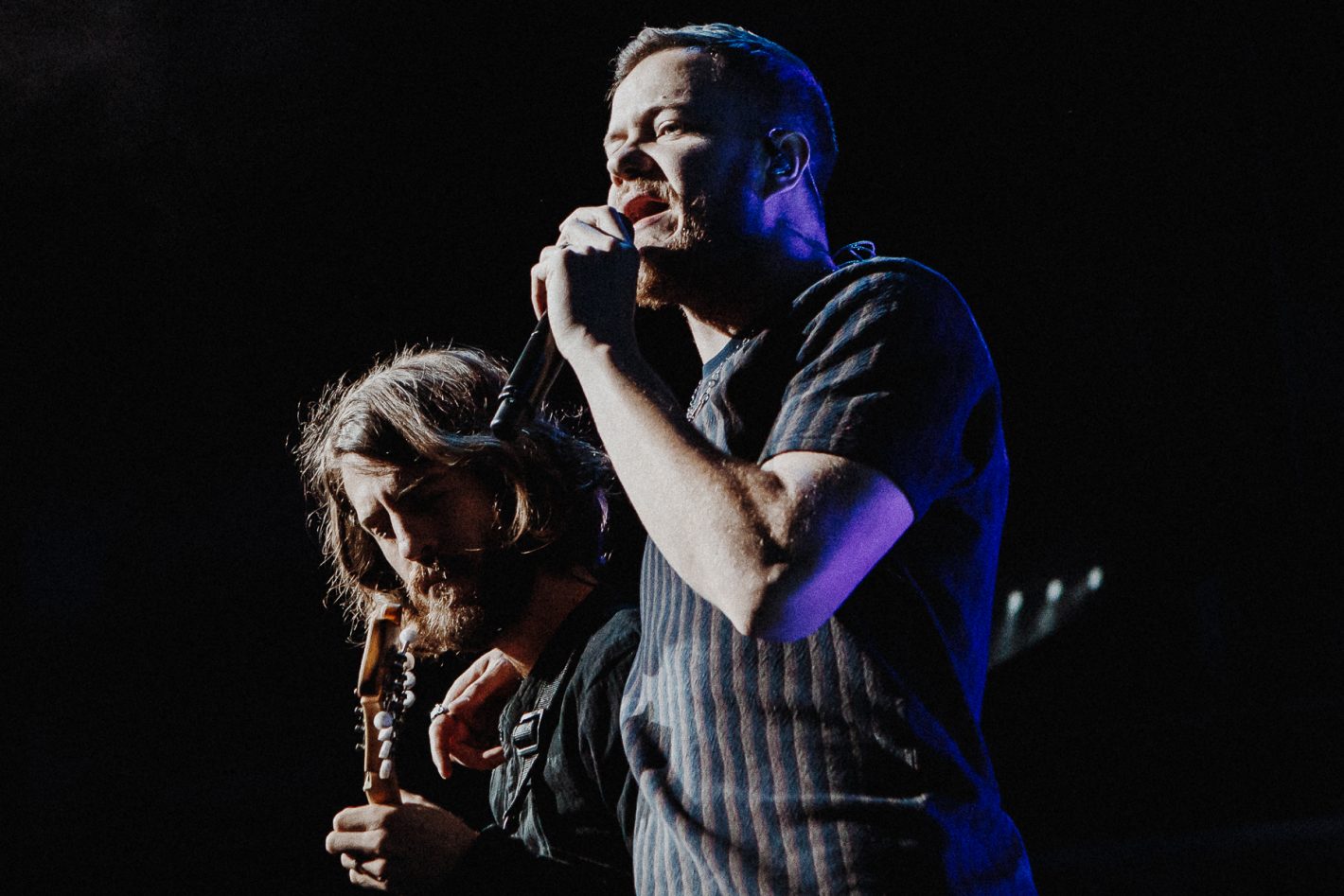 Grammy Award-winning alternative rockers Imagine Dragons brought their Evolve World Tour to Sacramento’s Golden 1 Center this past Wednesday, October 4. The Las Vegas natives are no strangers to the Farm-to-Fork Capital as they made stops back in 2012 at Ace of Spades and headlined the former Launch Festival the following year. The Platinum-selling ensemble announced they would be hitting the road back in May and officially embarked on the 62-date trek at the end of September in Phoenix in support of their third studio album, Evolve. The high-energy quartet, composed of lead vocalist Dan Reynolds, guitarist Wayne Sermon, bassist Ben McKee and drummer Daniel Platzman, delivered an exceptional performance to an exuberant crowd and brought along fellow acts Grouplove and K.Flay to kick-off the night.

Reynolds appeared amidst a plethora of multi-colored lights as fog billowed onto the stage, encompassing every inch down to the catwalk. The band broke out with “I Don’t Know Why,” off their most recent effort, Evolve, in which Reynolds took advantage of the catwalk for the utmost fan interaction. The group also took some time to address the tragedy that took place in Las Vegas recently. 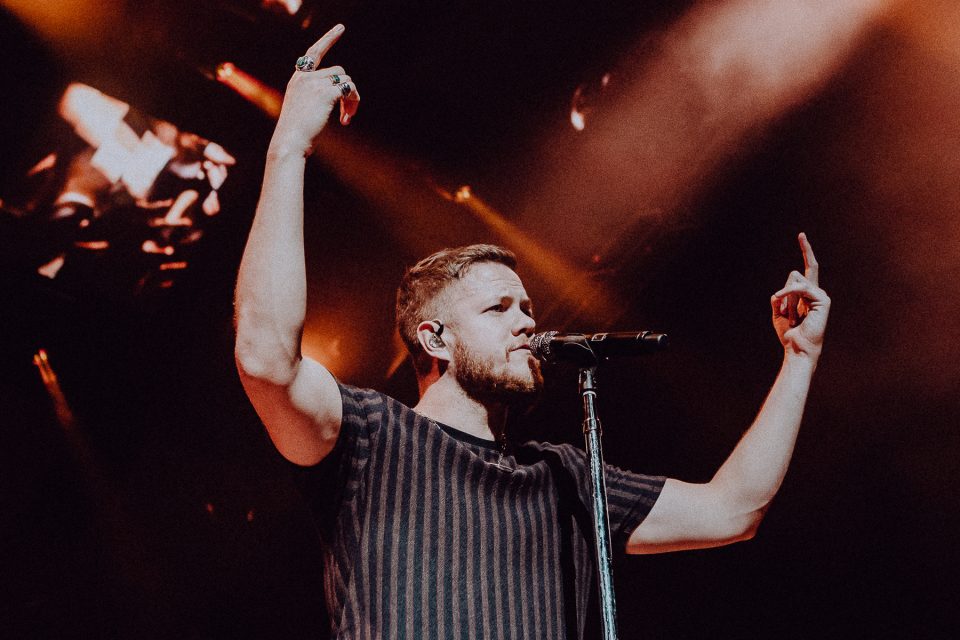 “We’re from Las Vegas. This was our hometown, and to think that this happened because of events like this—people enjoying music at a concert,” Reynolds stated.

“There are people that were there that night that are here tonight. This next one’s for you,” he continued as they made their way into dedicated Night Visions’ debut single “It’s Time.”

The troupe kept the energy at a constant high throughout the night, delivering stunning visuals and not missing a beat as they dove into a 20-song setlist filled with new works, as well as fan-favorites such as Smoke + Mirrors’ “Gold,” Night Visions’ “On Top of the World,” and heavy drum-driven signature single “Radioactive,” also featured on debut release Night Visions. 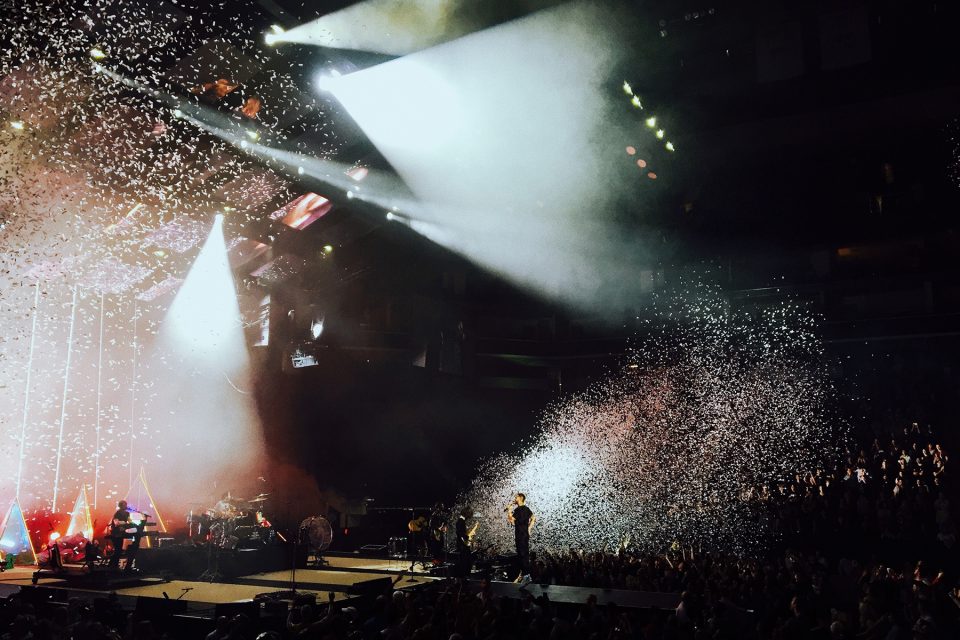 Reynolds reflected mid-set on his previous years and addressed some very personal issues.

“We all have those moments in our life—I’ve been very candid over the last six years of my career talking about how I’ve struggled with depression since I was young,” Reynolds recalled of his youth.

“This is not something to be afraid of. This is not something to be ashamed of,” he continued. “I was very ashamed of it growing up and as I got older I realized it’s the most unique part of who I am. It drove me to create art. It brought me to the computer after school. It brought me to try to teach myself to sing these words that I wouldn’t express unless I felt that deep sadness inside of me. So to be honest with you, I’m grateful for it. There’s nothing wrong with seeking help or seeing a therapist. 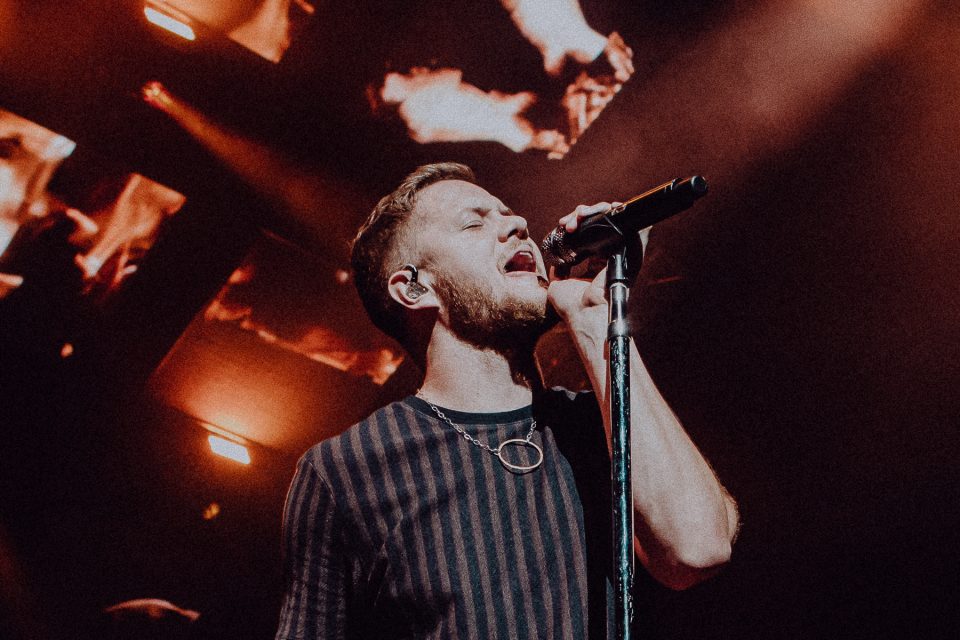 “C’mon and join me—it’s great,” he proudly proclaimed before proceeding into “Demons,” as a collective amount of cell phone lights illuminated the arena.

It’s quite safe to say Reynolds redefined crowd interaction, as he exited the main stage to get up close and personal with several fans on the general admission floor, and even those in the lower level seats before relocating to the secondary stage for a few numbers.

Taking the time to soften the tempo, the group paid an eloquent homage to the late musician Tom Petty. “We lost a legend this week. Tom was an inspiration to me since I was very young, as I’m sure for so many of you. We’d like to do a cover for you in honor of him,” Reynolds said as they performed a rendition of “I Won’t Back Down.” It was an immensely emotional moment for all, but quite possibly the pinnacle of the night.

After bringing it down a notch, it was time to reignite the enthusiasm of the those in attendance at Golden 1 Center. The gang returned to the main stage for a final round, as they vigorously bounced around to Smoke + Mirrors’ “I Bet My Life” and Evolve’s heavy-hitting “Thunder.” They closed out the two-hour set on a high note with a confetti-filled encore of “Walking the Wire” and Evolve lead single “Believer.”

The Evolve World Tour will continue through April 26, 2018, ending in Stockholm, Sweden. 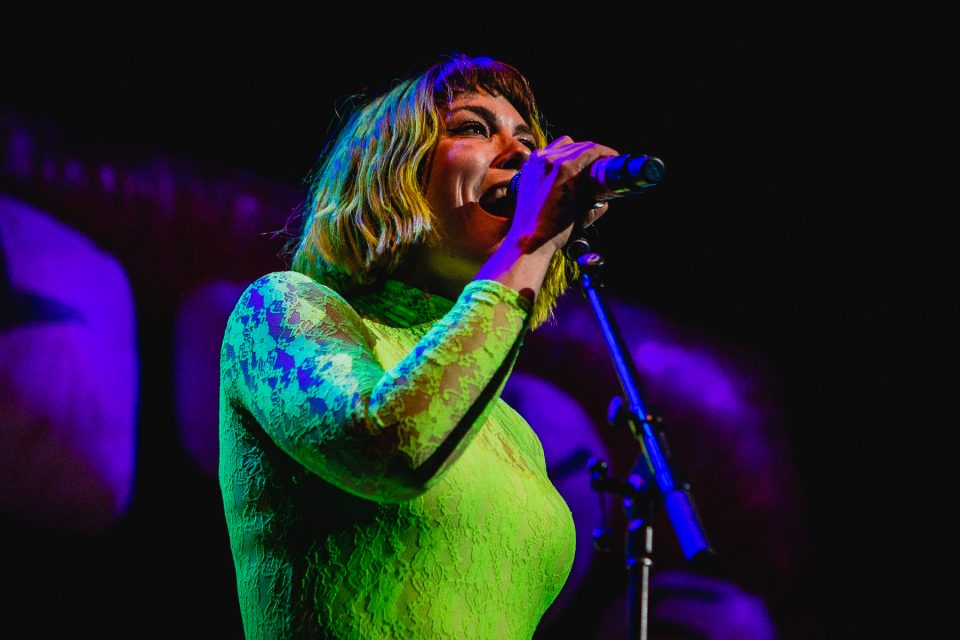