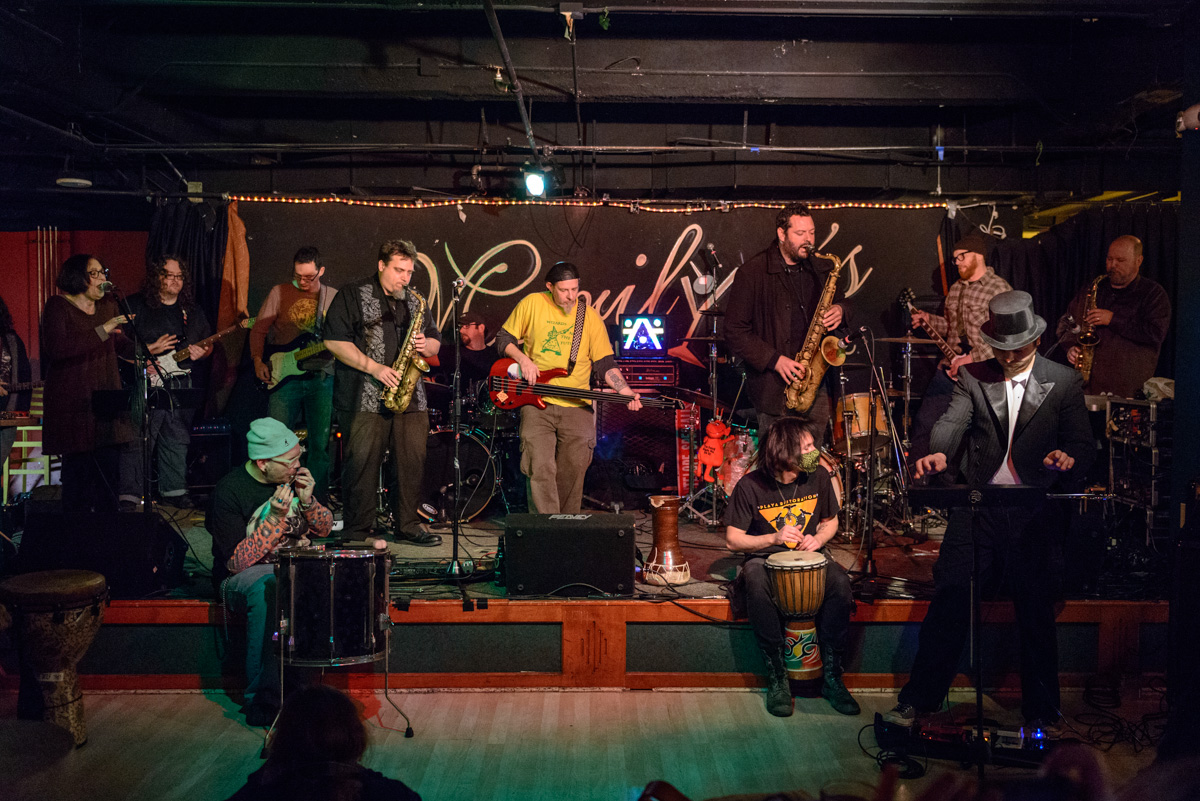 Twenty-five years after the inception of the experimental noise band Instagon, their one-of-a-kind performances are still consistently blowing audiences away with out-of-the-box creativity and impromptu songwriting. Lob Instagon, the curator of the group, has had more than 700 different musicians join him on stage over the past quarter-century, with each show boasting a different lineup and a surprising set of unique, unrehearsed songs. Because every song performed is created live, on the spot, by a different selection of musicians, every show is distinct, special and unrepeatable. On Friday, Feb. 2, 2018, Instagon will be celebrating their silver anniversary with a night of coordinated chaos, garage jazz and spontaneous musical creation. The event will take place at Cafe Colonial (3520 Stockton Blvd.), and will also feature live sets from local bands What Rough Beast, Pierce and the Gals, and Sir Corduroy. Doors open at 7:30 p.m., and all ages are invited to attend. Tickets are $8–$10 (sliding scale) and will be available at the door. A portion of the proceeds will go toward benefiting Cafe Colonial.