It Ain’t Over ‘Til It’s Over 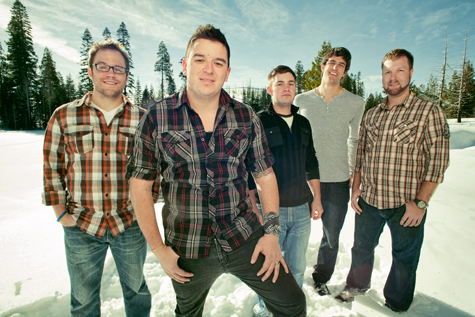 Make no mistake about it: pop-punk as a revolutionary genre of music is quite dead. Even as a marketable way to sell skate decks, or dunks, or hair gel, it’s a goddamn apparition. But–and this is a big but–this is not to say that there aren’t times when you can relish in the finer glimmers in the flashes in the pan. Most everyone who digs pop music can appreciate the hook-y sensibility and heart-wrenching gloom of an old Saves the Day record, or a (A) New Found Glory EP. Where was I the first time I heard Blink 182’s Cheshire Cat? On Airport Road in Redding, Calif., after school on the way to Circuit City. See how that works? Those who experienced Lagwagon can’t tell fans of Panic! At the Disco about it and expect them to listen; just like those who wiggled to the spastic skate-punk of Descendents couldn’t expect Lagwagon disciples to “know” what it “really meant to rock!”

It’s for the reasons above that Not Your Style’s relatively tardy arrival to the pop-punk canon can be dismissed. Because inside all the premeditated naysaying hard-wired into critics who are interested in moving past frigid forms of expression, there lies that concession that every take is a new scene.

Not Your Style is resurrecting sunny melodies in Sacramento, and back-dropping them with crunchy riffs, four-on-the-floor rock drumming and saccharine-sweet lyrical imagery. It’s a formula that vocalist Laith Kayyali says has been honed over the last two years through heavy writing, recording and building a name for themselves. With a stated goal of becoming “the world’s greatest pop-punk band,” Kayyali and bassist Kylan Kegel laid the foundation of Not Your Style after the demise of their former alt-rock band, and a search through Craigslist to round out the crew.

“We wanted to take this more seriously and put a lot more time and effort into this band,” explains Kayyali. “We didn’t really go in with a lot of expectations. Things kind of just took off beyond anything we thought would’ve happened.”

After a couple of drumming substitutions, the band recorded their debut EP, …In the Conservatory with the Wrench, with Sacramento producer/engineer Jay Trammell after only six weeks together. The EP found its way into the hands of Mark Gilmore at 98 Rock, and around the same time, their song “Not a Star” was entered into a local contest for a set at the upcoming Rockalottapuss metal concert at Sleep Train Amphitheatre, to open for Judas Priest, Whitesnake and Saliva, among others. The band won the opening gig by popular vote.

“We were in a little over our heads, but we enjoyed every second of it,” remembers Kayyali. “Compared to the other bands, we didn’t have much business to be there. We were a brand new pop-punk band, playing with metal gods Judas Priest and Whitesnake. Obviously, that didn’t crush our spirits.”

That same resiliency led the band full-steam ahead into their second recording session with Trammell, to record the It’s Treason Then EP, with a much more refined focus on waving the pop-punk flag…unwaveringly.

“Our writing definitely matured,” says Kayyali of the second EP. “Our first session wasn’t as ‘pop-punk’ as our newest stuff. We sat down, and established we want to write fun, upbeat pop-punk songs, so our newest songs have followed that. We didn’t really put a timeline on it, but we’ve at least established what we’re trying to be.”

Kayyali reports the band is more interested in its songs translating well to the live setting. But that doesn’t mean the band’s debut full-length In Season is anything less than a sonically enjoyable listen. NYS spent all of November 2010 at Fat Cat Studios fine-tuning their sound, and grooming their new drummer–ex-Resolve to Burn skin man Ray Sisco–for what’s easily their biggest achievement yet. They’re currently gearing up for their official CD release show, set for Friday, Feb. 18, 2011 at the Boardwalk in Orangevale.

Blasting from the main speakers that night will be samples of Kayyali and Company’s affection for peppy riffs, big choruses, rapid-fire drums and lots of “whoa-oh” harmonizing. “Last Forever”–probably the most single-worthy track in this self-released collection–tunes up the schmaltzy cues of early Anberlin, replete with hook-heavy bridges and perfectly pitched vocals. “Hakuna Stigmata” clears the way for double-bass-as-brigadier metal-lite, with heaping helpings of layered choral effects and a never-ending lead guitar that showcases the fretwork of the ax men. The result of these and their companion tracks–diverse despite themselves–reinforces the band’s devotion to their goal. What was that again? Oh right: to be The World’s Greatest Pop-Punk Band.

Even the band’s name seems to suggest that they’re letting you in on a ruse–that though music listeners at large may sigh a collective “neeeeext” upon news of the pop-punkiness of the band, they’ve got a response to that covered by their very moniker. You lose. But, as Kayyali explains, that’s really not the case.

“[Not Your Style] fit our idea of what we wanted the band to be,” says Kayyali. “We don’t take ourselves too seriously, and we know pop-punk isn’t the most widely accepted genre, especially in an area where pop-punk bands are few and far between. So it really works on all levels.”

As for the critics, the hipsters, the ever-present posh police, don’t expect NYS to bow to anything aside from the resonance of a timeless melody or a potent pop guitar progression.

“We always wanted to be known as one of the best live bands in the area,” relates Kayyali. “We feel pop-punk gives us what we need to make that happen. The genre definitely isn’t what it used to be, but we’re hoping to change that. I’d love to hear more criticism about our genre, band and what we’re trying to accomplish. Hopefully critics will watch our live show and enjoy it no matter what we’re playing. With criticism, we can only get better.”