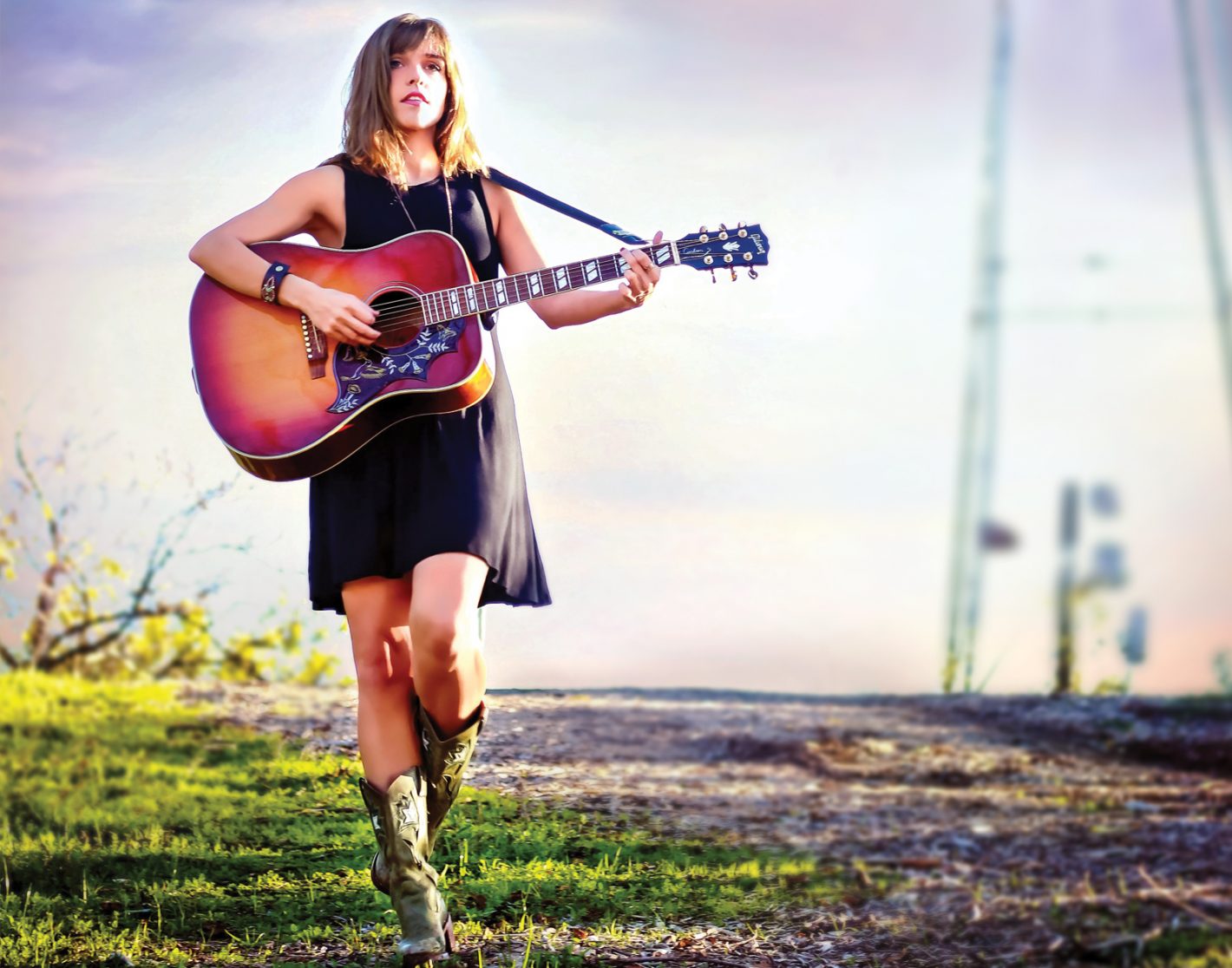 Most are familiar with the cliché “write what you know,” and while there’s definite truth to that, sometimes it’s best to write what you find, to be open to what can be learned. Singer-songwriter Jessica Malone has spent her musical life doing just that. The Sacramento transplant writes based on what’s speaking loudest, whether that’s writing a song on ukulele, guitar or within various collaborations that bring out more country flair or jazzy undertones. Malone always manages to find her own voice within her inspiration.

“The music that I create is sort of a combination of all the things I’ve listened to in my life, and how that’s soaked in, and become part of who I am,” Malone said.

Having grown up in a musical household, Malone has always been musically inclined, with an emphasis on singing.

“I started playing instruments in general because singing is my favorite thing in the world, and I wanted to be able to accompany myself,” Malone said.

By the time Malone was 10 she was playing the guitar, and over time began writing her own original music. Years later on a trip to Hawaii she was introduced to the ukulele. She casually began to play, which opened up a versatility within her songwriting.

“I picked up the ukulele because when I’d go on road trips with some friends of mine, whoever was in the passenger seat of the car would have the ukulele and everyone else would sing,” Malone said. “I just kind of fell in love with it. It was a new instrument that I started playing later in life, and because I hadn’t been playing it for a long time, all this new stuff started coming out of it. I was able to write some really unique, really original stuff on it.”

Malone moved to Sacramento somewhat recently, in July 2015. After having been based in the Mt. Shasta area as a musician for some years, she chose Sacramento to be closer to her family and to be more centrally located for touring.

“[Sacramento] felt like a great central hub for music,” Malone said. “I can go to Tahoe, I can go up to Oregon, I can go south, I can go the coast, the Bay Area, San Francisco. It’s perfect for touring.”

It wasn’t until Malone arrived in Sacramento that she began her solo career. Until that point, Malone had focused on playing in her band Green and Lilac, while writing her own solo material on the side.

“I had all these songs,” Malone said. “I knew I wanted to sing my songs and it was time.”

The real tipping point came when Malone was accepted as a solo artist for the BottleRock Napa Valley music festival in 2015.

“That was kind of the inspiration I needed, getting that really exciting gig to look forward to, to say ‘alright, this is time,’” Malone said. “Getting into that festival really launched the solo career for me.”

From there, Malone grouped together a handful of songs and released her first EP, Lights Out, in spring 2015. The songs have more of an Americana vibe with chugging snare, fiddle hooks and Malone’s vocals delivered with more of a charge, an overall sound more reminiscent of her previous bands. Since the Lights Out release, Malone has spent the last couple years honing her solo sound, which has evolved into bringing in other players for new collaborations.

“Being on the road alone is really exciting, but then there came a time where I was like ‘I wanna play music with other people; I wanna hear a guitar solo in that song, and that upright bass note that the ukulele definitely can’t hit,’” Malone said. “I love playing music with other people, that’s a huge joy for me. Whoever I have playing with me, it’s communal; that shared energy, and the spontaneity in those magic moments you get on stage with other people, that’s where it’s really fun, that’s the point I think. The point for me, anyway.”

Though still relatively new to the city, Malone’s immediately immersed herself in the local music scene.

“There’s a lot of community, and everyone is really rooting for one another, I can feel that. I was welcomed with open arms into Sacramento, and I’ve met so many great people. Everyone’s really supportive of one another,” Malone said.

After two years of building her community and finding her original sound, Malone’s preparing to release her debut full length, Miles Left To Walk. While Lights Out aired more on the country-folk side, Malone’s new songs lie more in a singer/songwriter vein that centers around the simplicity of the songs themselves. Though the album is full-band arrangements, the instrumental additions are subtleties that highlight Malone as the sonic focal point; light horn melodies, bright background organ, expansive fiddle lines. The result feels like a cross of folk music with slight jazz nuance, mostly in Malone’s vocal delivery. The clearest comparison would be Norah Jones, one Malone gets often, though her influence extends far beyond one artist or style. Her sound is self-described as “California, gypsy-traveling folk,” but also simply as a pure feeling.

“I try not to force anything,” Malone said “I try to be as authentic and organic as I possibly can be in my writing and performing.”

Malone recorded and produced the record with John Morris at Tanglewood Studios in Folsom Lake, bringing in 11 musicians to fill out the sound. With all the extra hands, along with instruments and recording options available within the Tanglewood space, Malone focused on avoiding piling on extra sound and keeping the record simple.

“The possibilities were endless,” Malone said. “It was hard to keep it simple because I could’ve done anything that I wanted to. [Morris] has so many different instruments, he has a hammond organ right in the studio. But I like to keep things simple, I think that really lends itself to the kind of music I make, and also to the listener I think it’s nice. I went down the rabbit hole a couple times with electric guitar tones and things like that, but came back with a clean tone for the most part.”

The title song, “Miles Left To Walk,” (Malone’s first song written on ukulele) focuses on the idea of not being too focused on an endpoint, but rather enjoying the adventure.

“There’s a line in the song, ‘Get to the top, and the miles left to walk stretch out like the sea.’ It’s this visual, climbing up this album, you have this goal ahead of you, and you climb and you’re like ‘Oh, I’ve made it!’ But then as you look out, there isn’t that place that you make it to and you’re done, there’s always somewhere to go next. Just that concept of enjoying it as you go along, keeping your sights in the present moment and not so much that place that you’ll one day get [where] everything will be OK.”

Over the course of February, Malone will be accompanied by a rotating cast of Sacramento musicians at her live performances, including Barry Eldridge (drums), Matthew Hevesh (guitar and violin), Brett Rechtfertig (guitar), Thomas Mackerness (bass), along with The Switchblade Trio (James Pace, Robert Sidwell and Larry Carr). Following the release of her album next month, Malone will be joining folk-artist Caitlin Jemma for a small regional tour. Accompanying each show, the two will be looking for the town’s favorite local bridge to snap a photo. Needless to say, she’ll be open to what she finds.

On Feb. 22, 2017 catch Jessica Malone’s official album release show for Miles Left to Walk at Torch Club, located at 904 15th Street in Sacramento. The show starts at 9 p.m. and will also feature opener Matt Bradford. To learn more about Malone and to find other show dates, go to Jessicamalonemusic.com.