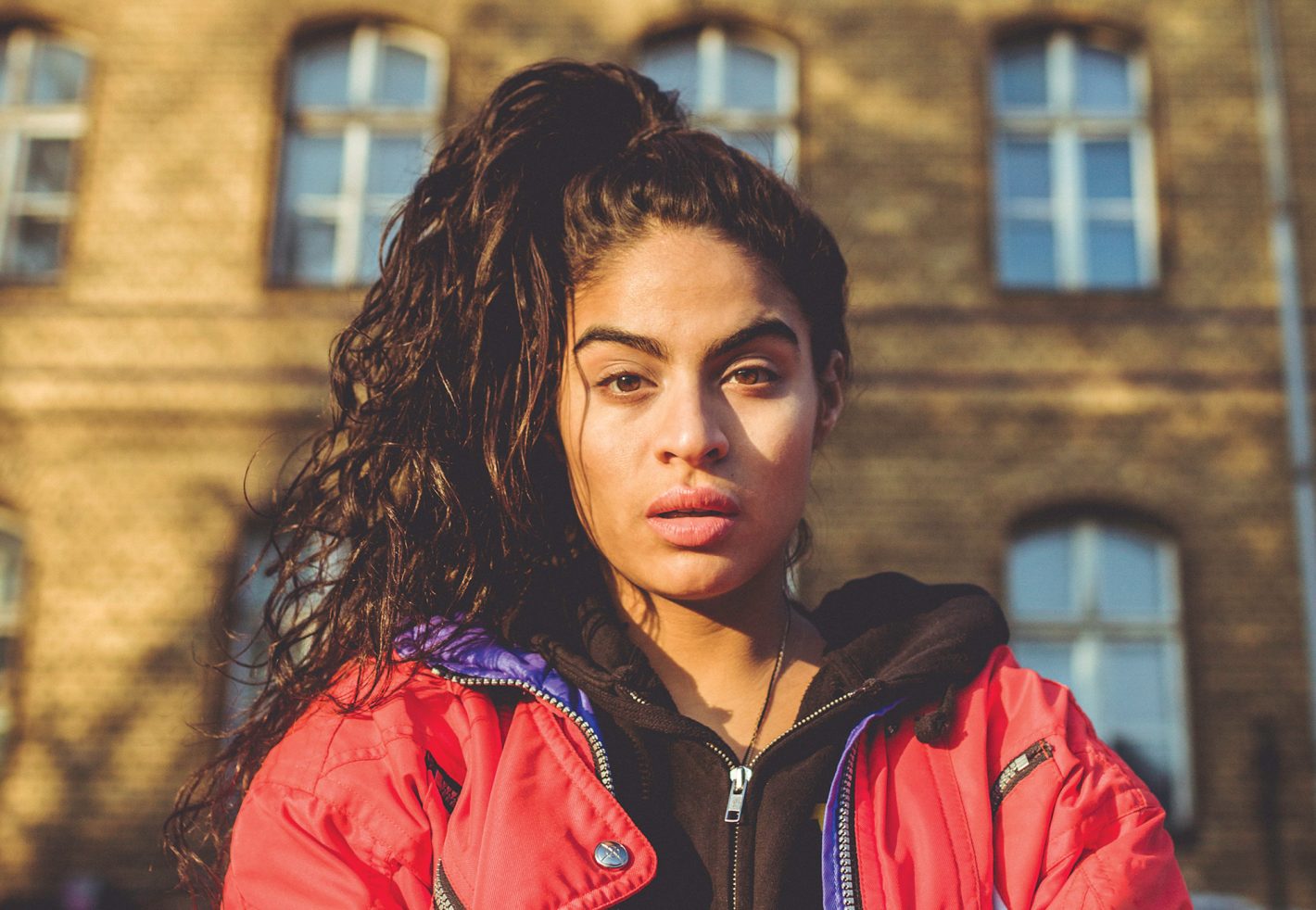 Talking about the dark moments from our past is an arduous process. It can drum up feelings of hurt and pain, but it also allows us to heal and grow as we confront what once made us tremble. When we write about those moments, we examine them even closer; and when we sing about them, we channel the emotion that we were forced to overcome. Jessie Reyez has done exactly that through raw and soulful music that speaks on the struggles that she’s faced. Her Twitter bio sums it up pretty well: “I like to sing about shit I don’t like to talk about.”

The 28-eight-year-old singer/songwriter was originally born in Toronto before moving to South Florida at the age of 16. Her parents, who migrated to Canada from Colombia, were influential in the young artist’s life in so many ways. Her parents’ unrelenting work ethic to support their family, as well as their love for music, are characteristics that shaped Reyez into the future star that she would become. She took piano lessons at age 3 after her mother caught her watching opera on the TV and singing in unison with the performers. She also played her father’s guitar, and eventually began writing music in high school.

“Music always felt like home,” Reyez told me over the phone.

Her move to Florida came when her parents finally obtained American visas, and with the move south, she decided to forego college to work and save money, while busking on the beach to keep her dream of music alive.

“It definitely made my skin thicker … Time’s more valuable than money and to fight to make a stranger stop for 10 seconds was difficult,” Reyez said about her time performing music on the beaches of South Florida.

While music still remained present in her life, the limited moments of doing so weren’t enough to satiate her soul, leading to a moment of existential crisis. Working diligently to overcome this feeling, a song struck Reyez in a way that she’ll never forget.

“I was listening to BJ the Chicago Kid, ‘Dream II.’ That song came on and kind of made me free, and I took it in,” she said. “It’s such a potent song about not being afraid to go into the unknown and not being afraid to chase what you want … If you want to go against the grain and you feel like your soul is calling for it, then it might be worth it. That song has all of that in it, so it hit me at that point in my life when I was struggling and I wasn’t sure what I was struggling for.”

For those unfamiliar with the song, it begins with a quote from Will Smith, “I’ve never really viewed myself as particularly talented. Where I excel is ridiculous, sickening work ethic,” Smith says before the beat drops.

Not long after, Reyez filmed her first music video and instead of waiting for her videographer to edit the tape, she learned how to edit with iMovie in the span of 48 hours, before sending the video to everyone she knew in the music industry.

She eventually heard back from The Remix Project, an arts academy that helps underprivileged youth explore their talents in music, photography and business in her hometown of Toronto. After receiving an invitation to audition for the program, she took a weekend off from her bartending job and flew up to Toronto. A week later, she was accepted into the program, and Reyez quit her job to move back home. 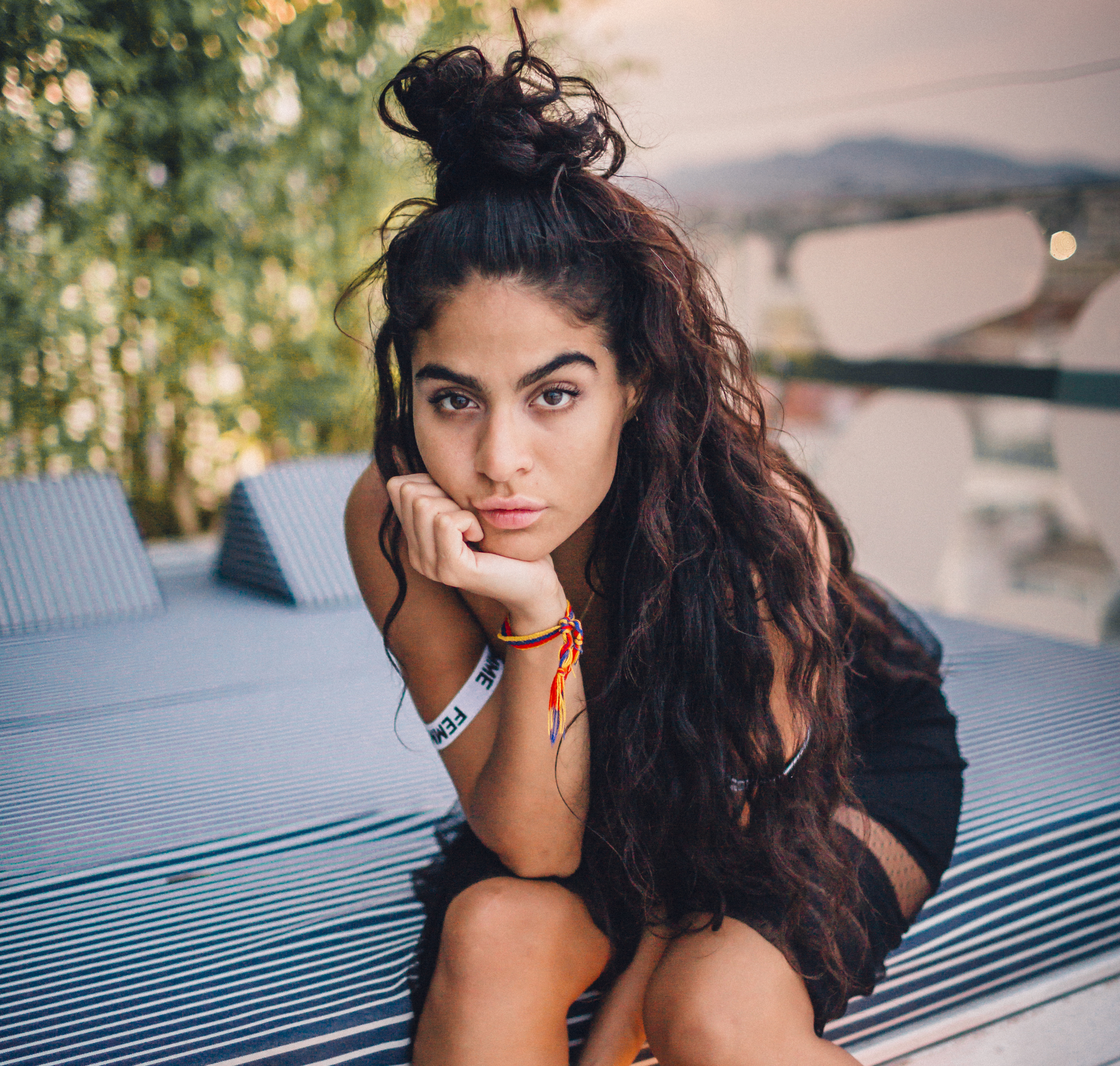 During her time with The Remix Project, Reyez’s work ethic truly began to flourish, capitalizing on her first chance to be fully invested in music. She would often stay past her allotted studio hours, turning off the lights and hiding in her room while everyone left so that she could stay and continue working. Daniel Daley from Toronto-based R&B group Dvsn—a mentor for The Remix Project—worked in the studio next to hers and was usually the one to find Reyez staying past her studio hours. Luckily, it was cool with Daley, and he began working closely with Reyez, seeing something special in the singer. “He really forced me to not double up on meanings, just cutting the fat so that my songs could be very potent,” she said about her time working with Daley.

Reyez also worked with Chicago rapper and producer King Louie, who invited her to an impromptu jam session that would lead to their joint-single, “Living in the Sky.”

After graduating from the program, music was finally a full-time career for Reyez, and three years later, she released her first EP, Kiddo. The seven-song EP is an honest look into the singer’s life experiences of heartache, highlighted by the emotional ballad “Figures.” The song is the perfect encapsulation of Reyez’s craft. Honest, powerful and catchy, Reyez’s smoky voice describes the tale of a past failed relationship, however, it’s not the typical song of heartache as Reyez repeats, “I wish I could hurt you back,” to her ex-lover throughout the song.

The track that follows “Figures” is “Gatekeeper,” a chilling song of the sexual harassment she experienced from the “gatekeepers” of the music industry during her time as a relatively unknown artist. She produced a short film of the experience as well, playing herself in the emotional 11-minute video.

“It was difficult to hide that anger and that sadness because it felt like I needed to defend my younger self,” she said about playing herself in the film.

When I spoke with Reyez, she told me that she wanted to see more women in power and men to begin acting as allies in the struggle for equal representation.

Following the success of her first EP, Reyez released her second EP in 2018, Being Human in Public, featuring the powerful track “Apple Juice” and the rebellious “Fuck Being Friends.” The EP’s success earned her a Juno Award—one of Canada’s most prized awards for music—for R&B/Soul recording last month, an emotional moment for the Toronto-born singer-songwriter.

“I was stuttering throughout my speech, and the second I got off stage, I started crying,” she recalled.

Reyez is currently working on her first full-length album. The name has yet to be revealed, but she told me that the album would incorporate the idea of the yin and the yang. Duality is an important theme in Reyez’s life, and when asked about the subject she said, “I think about it everyday, I feel like it gives me more understanding … It’s not just about how you look at something, it’s about how your neighbor looks at it, too.”

If Reyez’s first LP is anything like her previous works, we’ll be offered another glimpse into the diary of her life. She may not like talking about it, but the way that she sings about her life, in such a vulnerable and honest way, makes it impossible to look away from this rising star from Toronto.

See Jessie Reyez live in Sacramento’s Cesar Chavez Plaza on April 27 as part of the Sol Blume Festival. Miguel will headline a lineup that also includes Queen Naija, J.I.D, Masego and many more. Tickets for this all-ages event start at $69 and can be purchased through Solblume.com.