What’s Left For Me? Jonah Matranga Looks Back on his Careers as a Musician and Father

Jonah Matranga feels active disdain when he hears anyone say things along the lines of, “I used to be an artist/musician/performer, but now I have kids.” His daughter was born early in his music career, and the two have commingled to define his existence ever since.

“The last thing I’d ever want to do is put some shit on my daughter like, ‘Yeah, I didn’t do the thing I love because of you,’” he said.

It’s not the choice to be with the kid that’s the problem, he said. It’s the willingness to surrender one’s passion in the process, with the added kicker of saddling a child with the blame.

Born in New England and educated in the East Bay, Matranga came to Sacramento at the turn of the ‘90s just as the Nirvana/Pearl Jam thing was about to reshape popular rock music. He and three other Sacramento locals formed the band Far that year, almost immediately attracting a steady local following, the bulk of which skewed young because one of the members was still in high school.

With the wind of that local popularity in their sails, Far released three albums and an EP in the years leading up to what would become their defining moment, a record called Water and Solutions, anchored by the popular single “Mother Mary.” The album dropped in spring of 1998. By that same winter, the band would cease to exist.

Matranga had gotten married, had a daughter and gotten divorced within a handful of years around that time. The band was offered a tour with soon-to-be-huge Incubus and System of a Down, but Matranga turned it down, which he said ultimately led to the band’s end.

“I think we finally figured out how to be a band right before we broke up,” Matranga told the Washed Up Emo podcast in late 2017. “Figuring out what to do after Far, I had no idea how it would go.”

The musical void Matranga stared into after Far’s breakup was filled when a crop of bands they’d heavily influenced, including Thursday and Coheed and Cambria, surged to popularity in their wake. (In an alternative reality where Far doesn’t break up, it’s possible they ride that same wave). Those bands were quick to invite Matranga on tour, which essentially kicked his post-Far career into gear.

He’s since played solo as onelinedrawing and under his own name, as well as started the bands New End Original (an anagram for onelinedrawing) and Gratitude. The genres vary quite a bit, but all five incarnations score a “Yes” on IsThisBandEmo.com. Matranga also contributed to tracks for the Deftones and Linkin Park hip-hop spinoff, Fort Minor.

In late 2017, Matranga published a book called Alone Rewinding, a personal look at “25 years of fatherhood and music.” The book jumps right into Matranga’s world, with little time spent getting you oriented. It takes a few pages, but once you’re in, you’re at home, especially when the setting is Sacramento and the characters are the likes of Kevin Seconds and Chino Moreno.

Matranga and I caught up by phone in early April to talk about his book, his upcoming set at First Festival and why guitar-based music hasn’t interested him for some time. 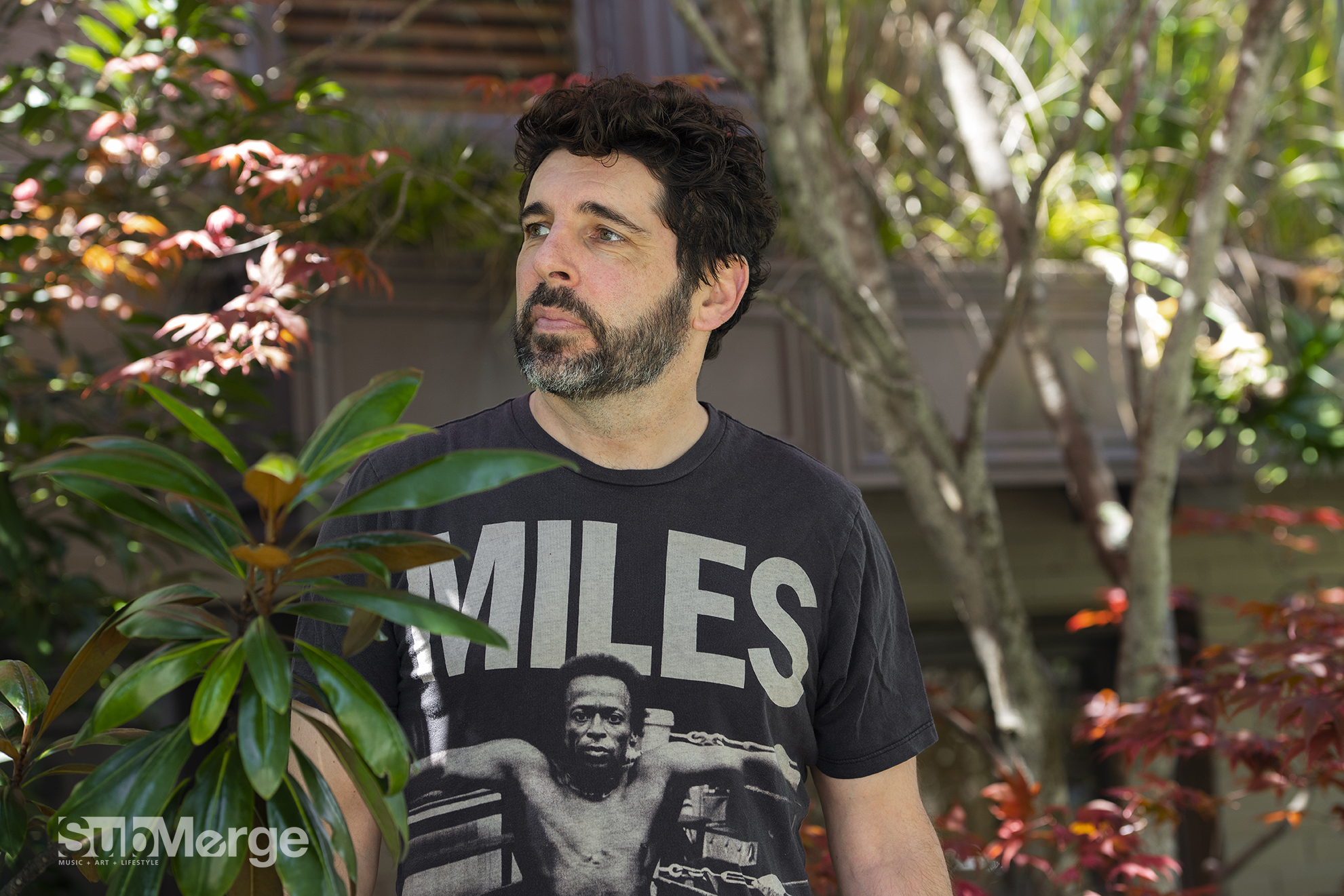 How did the First Festival gig come about?
I had played a Water and Solutions show at a place called The Lounge. Danielle [Vincent], who puts on the festival, was running point on that show. We kept in touch and she invited me to play First Fest.

What’s the setup when you play as Jonah Matranga?
It’s always different. This is going to be a particularly fun show. I’m going to play with my old friend Gavin, who’s coming into town for it. I’ll have my friend Chuck on bass. I want to keep that fresh sense of music.

How do song ideas tend to originate for you?
Sometimes I’ll have my guitar and find a new progression I like, or a chord itself. Sometimes I’ll be having a conversation and something someone says will strike me. My curiosity is piqued and the chase is on. I was just listening to some old Far demos. It’s interesting to hear songs that never made it and songs before they were finished that had different lyrics. I don’t even remember when they changed.

Will those demos ever see the light of day?
I’ve always been the little enthusiastic one in the band for better or worse. Even if [the other members] aren’t into it, I hope it can be a kind thing. One way or another, fuck yeah.

Far is the only band I was ever in that was a band in the normal way people talk about it. Just people getting together and slogging it out with each other, figuring out the personality and playing a million shows together. After that, the people I played with had already been in other bands.

What was it like making music inside and outside Sacramento at that time?
Between the low rent and the fertility of the scene with great all-ages places to play, we had a lot of leeway to try different shit. It was a unique set of circumstances. Shaun [Lopez, Far guitarist and co-founder] and I had a real sense of what we thought would be cool. Shaun was into Bad Brains and I was into more melodic music. Rock was in a fun and strange place, especially after Nirvana hit. There was all of this money in the music industry. The first band I heard and thought, “Oh, they’re kind of like us,” was Sunny Day Real Estate in Seattle. They were on a similar path. Hip-hop was in a really cool place then, too. The guitar was still the language of the day, but hip-hop was kind of taking over. Rock was on its way out but doing some really cool things.

Where is rock music now?
Rock is gone, gone, gone, gone. It’s headed toward where poetry and classical music are in our culture. They’re here, and they have a place in culture, but a long time ago the guitar stopped being the thing you picked up. A computer interface is the instrument now. What was a “riff” before now is a “beat.”

What do you think of music in general at the moment?
We’re in a very performative culture right now. Everyone is so excited to signify who they are. Hip-hop is in its sort of ‘70s or ‘80s rock phase now. There’s not so much innovation or hunger. I grew up playing guitar and listening to guitar-based music. It’s in my DNA and I love it, but I haven’t been super interested in it for a really really long time now—not to be pretentious.

Your daughter was born early in your professional music career. How did that shape the last two decades?
I was becoming a father right as I was beginning to wrestle with all of these questions about commerce and art. I’ve seen both fatherhood and music suffer in the face of that combination, but I feel lucky that both things have also fueled each other. I didn’t want to be mediocre at either of them, and I didn’t want to fuck either of them up—especially the fatherhood part, frankly.

Matranga will be one of many great artists to take the stage at this year’s First Festival, which will take place May 5 and 6 at Tanzanite Park in Sacramento. For more info, go to Firstfestsac.com. You can also catch Matranga perform Far’s iconic album Water and Solutions live in its entirety at Goldfield Trading Post (1630 J St., Sacramento) on June 15. For more on that show, go to Goldfieldtradingpost.com.