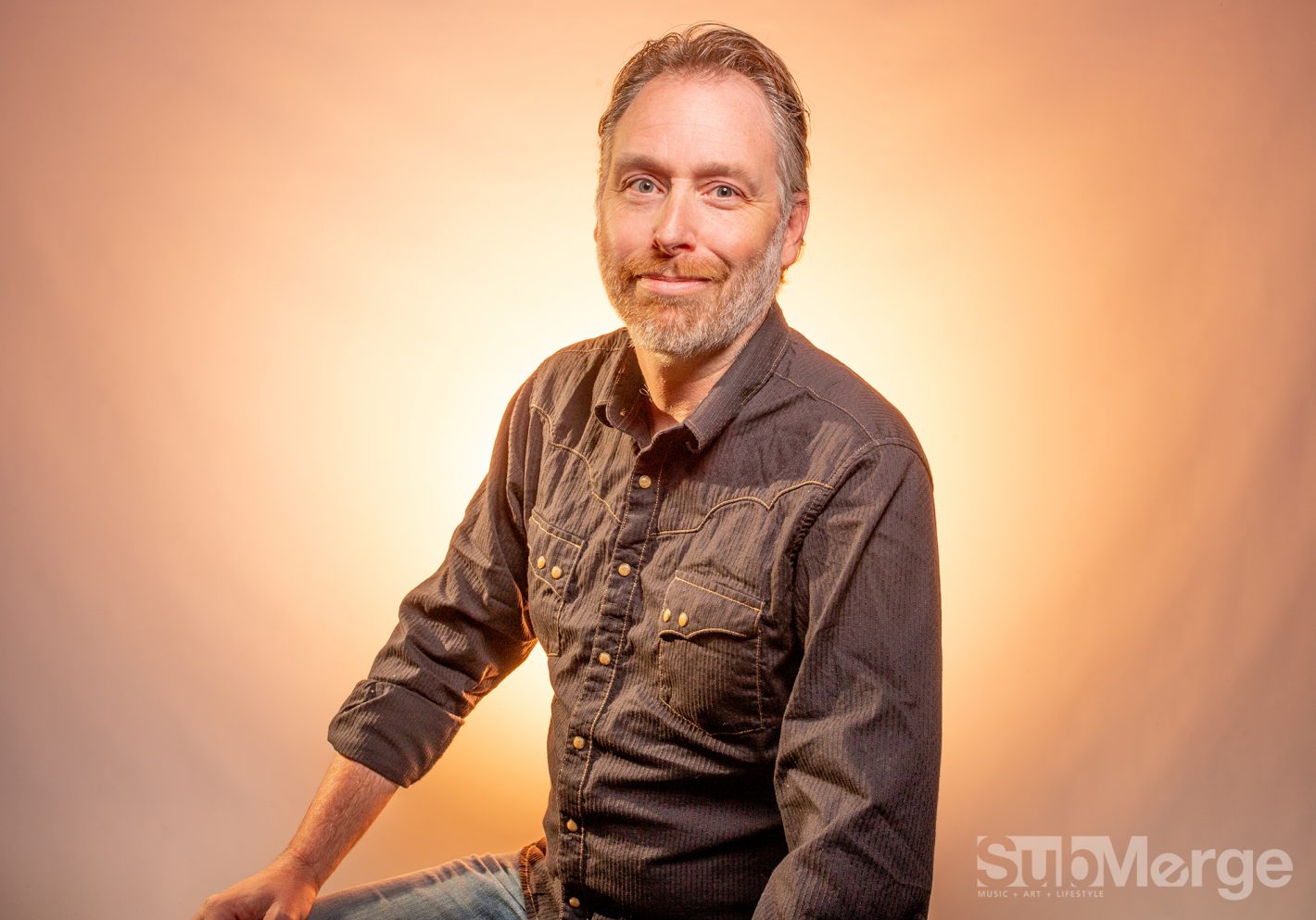 Where is the last real bar in California? Everyone from Crescent City to San Diego probably claims it’s their own local dive, but for Sacramento musician JonEmery Dodds, the answer is the Black Cat in Penngrove, Sonoma. The place was a lesbian bar, and every Wednesday night, patrons would pile in for the open mic, an evening of drinking and dancing under the neon-lit bras that hung from the ceiling.

It’s admittedly not the usual breakout venue for a country-folk act, but with its beat-up wood bar, poster-crowded walls and honky-tonk vibe, it works. It is, as Dodds describes himself, “traditionally unconventional.”

Dodds grew up in Sacramento, but is the son of two “redneck hippies” from Caldwell, Idaho. Dodds wandered from metal band to rock band throughout his younger years, not quite fitting into either genre. It wasn’t until he heard Two Dollar Pistols’ Step Right Up! that he was able to nail down his signature blend of honky-tonk balladry, cow-punk and outlaw.

After moving to Santa Rosa in 2005, Dodds formed JonEmery and the Heartbroken but moved back to the Sacramento area four years later after a near-death medical emergency. Homeless and broke, he would gig around town, join and found a couple bands and live the life of a local country-devotee before striking it out on his own in 2016 with his debut album, Americana.

The album is a trim 10 songs, with lyrics that range from heartbreak blues to raucous dancing tunes, from frustrated love to trading in your Cadillac for a muscle car so you can pretend to be Burt Reynolds. The closing track, “The Last Real Bar in California,” is a slow, melancholy ode to the now-closed Black Cat, where the Heartbroken got their start.

One album and a grueling cross-country tour later, Dodds is working with the Stunt Kickers on his third LP, Wrecked, which will be released at a special show at The Torch Club on Dec. 19. Submerge was treated to a special preview of the album and sat down with Dodds to talk shop.

You call yourself “traditionally unconventional.” Why is that?
These days people take “tradition” a lot more literally. People want to sound like someone else, sound like their heroes—Johnny Cash, Waylon Jennings, or something like that. One thing I loved about the traditional style of music is that they took chances. I don’t think pigeonholing me into country is a good thing. I do rock songs, blues songs and cow-punk songs. I keep it traditional in that I use traditional senses and pieces together, to create something more unconventional.

When did you first hear Two Dollar Pistols, and why did it help you in your career?
Hmm, that was either in 2004 or 2005. It was on a radio station in Santa Rosa that played a lot of Americana. I’d done rock bands and metal bands and stuff like that, but was always like, I don’t know … I don’t fit those things. When I heard that record, I was like, “I can do this!” Even though a lot of it is covers, the way they approached those covers was really greasy, and you listen to it and you feel like you’re in this shitty dive bar.

So what led up to you founding your first band, JonEmery and the Heartbroken?
Funnily enough, I moved to Santa Rosa to get out of the music industry period—to start over. I ended up running a record store, working as a DJ and starting a cow-punk band. I got really into stuff like Wilco and Son Volt, but that stuff was so serious! I wanted to have a balance, to have fun, but be able to sell a sad story and your opinion on life.

So why did you move back to Sacramento in 2009? What happened?
In 2009, I had a gallbladder surgery gone wrong. I almost died. They cut a bile duct, and I ended up in the hospital for three months. They had to move me from Santa Rosa to a hospital in San Francisco. You know, when you’re sick you’re not paying bills. I lost my house and had to have my daughter move in with my mom, and just ended up moving back to this area after I was released.

How did you get back into music?
I had itchy fingers; I needed to get out of bed. I was living basically with my mom. I put out a Craigslist ad and like literally the next day after I get a phone call: “Hey, I’m a drummer, we’re gonna start a band and take over the world. Call me. Click.” That was the start of the Dry County Drinkers. The original members fell out after going along for two years. After they dropped off, I decided I needed to rebrand JonEmery, and go solo.

So what went into creating Americana?
I wanted to do a record with the DCD, and it was fun but we had no idea what we were doing. When I was doing the solo album, I got into the studio with some guys and they bailed. That’s when I found my [studio] band, Way Out West. It turned out to be really fun and relatively effortless.

With murder ballads and songs about being robbed by drug addicts, Driftin’ to the Shoulder [Dodds’ second LP] seems more serious. Why is that? How did your sound grow off that record?
What was weird about Americana is that it had more whimsical songs with darker production value. What I wanted to do with Driftin’ to the Shoulder was bring a higher and tighter production value with serious songs. We wanted the albums to yin-yang each other. We had a lot of technical difficulties, but we grew as artists and part-time engineers. We ran into a couple hiccups and moved from one studio to the next. As hard as we tried to prevent the sophomore slump, I don’t think it came out how we wanted, but we were proud of what we did.

Now you’re almost done working on your third album, Wrecked. Is your process any different from previous releases?
When I came back from the tour last year—homeless, broke and single—I ended up living with my engineer, who also doubles as my bass player, Mike Bacon. He runs Padded Room Productions out of a farm house in Williams, California. He has been integral in making Wrecked a reality, working with me several days a week for the last year honing in on the production value of the record on top of being an amazing friend who helped me up when I was down and out … We have a bigger production, and I’ve got a new backing band. The last two albums, we gave ourselves a month, which was fun, but we missed out on a lot of opportunities to fix tonality and to get to know the songs a little better.

Are you looking to explore any new themes, especially?
The last tour I did, I did 45 shows across the country in 60 days. I lost money on the tour and I broke up with my girlfriend before I left. Wrecked, half of it is playing the country song backwards. I got the job, I’ve got the girl and I’m making money, but then it goes on from there. A lot of the songs are less heavy and in your face, more sweet and on the mellow side.

What are your plans for the post-Wrecked future?
Touring is not happening in the near future. Music, you have to hone in on where you’re at, and I lost that in the last five years. Sacramento is my home, and touring in Texas and Oklahoma, nobody knows me. It led to my friends and family thinking “they’re gonna leave me,” so no loyalty to me because there’s no loyalty to them. It’s taken this last year in making this record to regain some of those friendships I had. In the near future, I’m gonna be sticking around Sacramento, help out bands and grow the scene, and hopefully do right by them.

You can grab yourself a copy of Wrecked at the album release at The Torch Club Wednesday, Dec. 19, 2018. For preorders, visit Jonemerymusic.com. Opening the release show is Tatiana McPhee and the Wayward Coyotes. Cover is $6, and the show starts at 9 p.m.