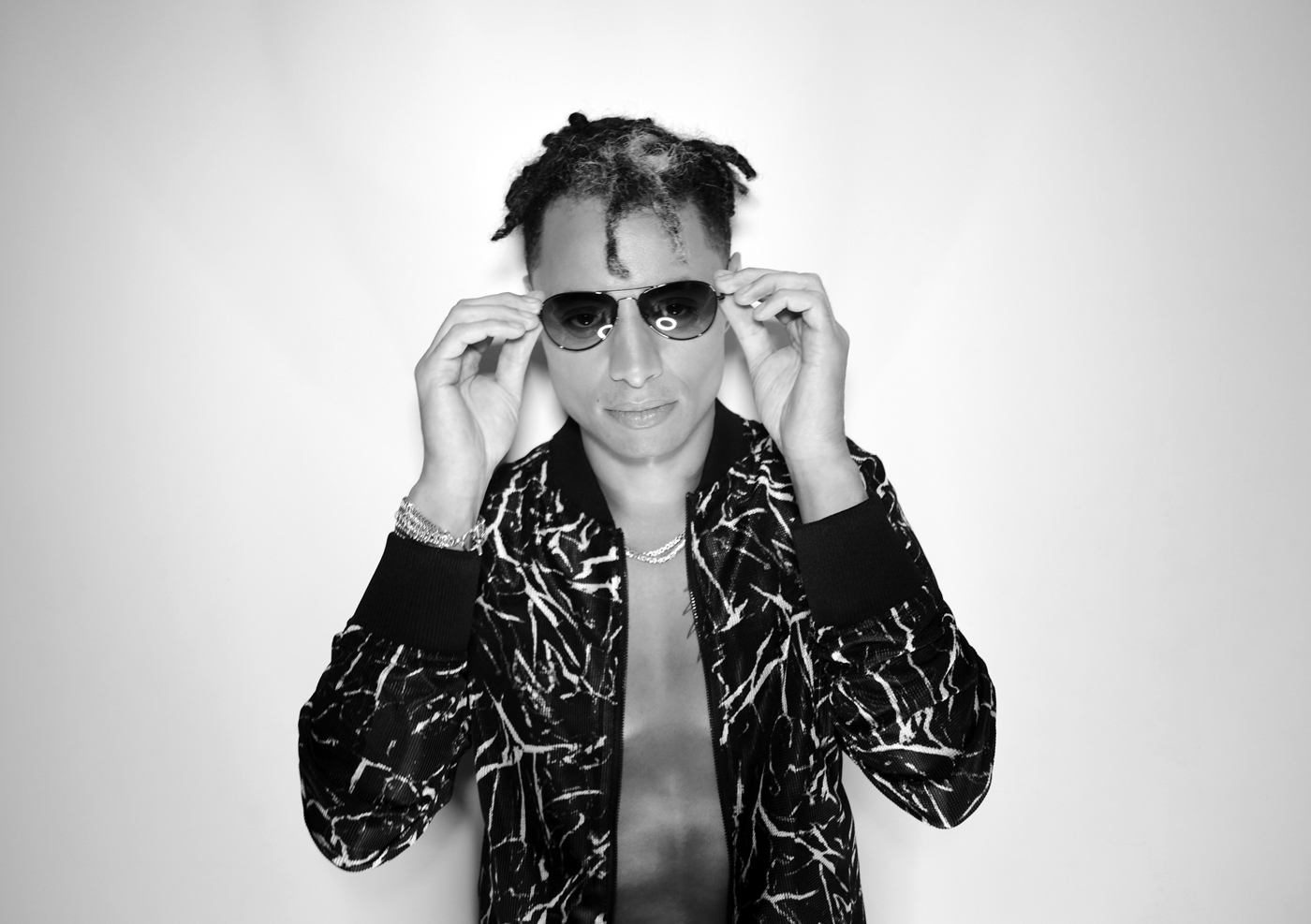 An ironic harmony emerges between vocalist José James and the setting of his upcoming Sacramento performance—Oak Park’s Guild Theater—as James unpacks his new album, Love in a Time of Madness.

“I felt a cinematic vibe and wanted to take people through the evolution of black music,” James says of the album while preparing for his world tour, which recently kicked off in Atlanta on March 16, 2017.

The 39-year-old Minneapolis native by no means fits into one genre box, so the concept of a musical evolution is not far-fetched for his career. Over the last decade his music has encompassed jazz, rock ‘n’ roll, R&B, hip-hop, electronica, soul and more. James’ main influences include John Coltrane, Marvin Gaye and Billie Holiday. He even recorded nine songs written by or associated with Holiday and released them on an album titled Yesterday I Had the Blues.

The revitalized Guild Theater will provide a perfect backdrop for James’ evolutionary conversation. Built in 1915, the Guild started as the Victor Theater and was one of many 20th century cinema houses in the neighborhood. Today, it is one of the projects completed by former Mayor Kevin Johnson’s St. HOPE Academy, a nonprofit community development corporation focused on improving education and economic development in communities.

Oak Park itself has evolved drastically since the time of movie houses and theaters more than 100 years ago. Racial housing covenants pushed African-Americans out of other parts of Sacramento and into Oak Park beginning around 1945. Disinvestment and racism toward the neighborhood further created an economically disadvantaged community.

The evolution of the black community in Oak Park spans across several decades that coincide with James’ influences, and his songwriting and music lean heavily on historical themes and sounds created by black artists. The changes that have brought Oak Park to its current state, one of much-deserved investment and TLC but still waiting to see it all fully blossom, also place the neighborhood at the forefront of larger gentrification and displacement conversations being had in communities of color that local and state governments, and investors, had historically marginalized.

Does Love in a Time of Madness touch on these issues? Not directly, but James does move us musically through the album starting with an electro, fad-forward intro to a nostalgic, love fest of the past.

“I wanted to start with today, with electronica,” he says, naming Kehlani, Anderson .Paak, The Weeknd and The Internet as some of his new school influences. The first two songs on Love indeed blend smooth R&B with drums and electronics true to what’s popular right now.

“It’s a step forward, but I definitely have some roots in this type of music,” he says. “Black electronica was a part of my album Blackmagic and I wanted to build off of that with my songwriting.”

Love… then moves to something more organic, James says, bringing in ‘70s and ‘80s funk of his hometown with heavy influences of Prince, ending with a gospel feel and a final duet. 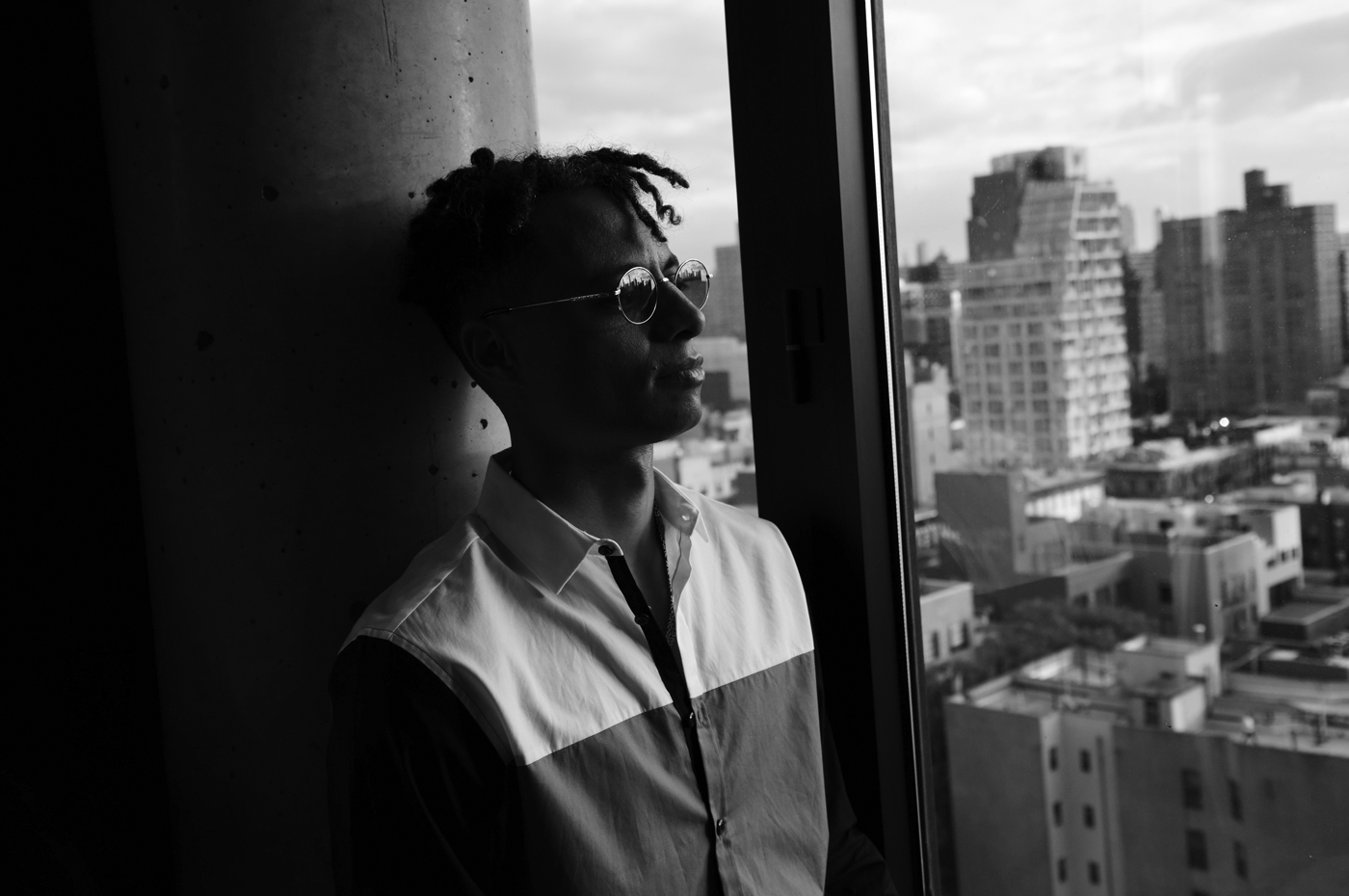 In between, his interests span from jazz to funk to reggae. The dubstep on “Last Night” has a global appeal and stems from memories of his 2014 tour for the album While You Were Sleeping.

“That was a whole rock ‘n’ roll existence for me and I was remembering the craziness and also the beauty,” he says of that tour and of remembering Prince, David Bowie and other influences. “That was on my mind especially since so many icons have passed in the last year.”

Following “Last Night,” James showcases more of the older jazz influence he is known for on “I Remember Our Love,” though Amy Winehouse also comes to mind.

Meanwhile, the song “Let It Fall” is reminiscent of Bob Marley, something James notes he appreciates in terms of comparison because of his purpose for creating the album.

The trajectory of the album isn’t exact, and the last song—a duet with Oleta Adams—stands out as a more bare bones, more personal piece, but James wanted to end with something uplifting.

“I wanted to leave people in a really hopeful place,” he says. “I want to portray a deeper look at love.”

Though a time of madness could easily translate to any issues a listener is facing, James says the overarching madness through all his recording has been the change in the federal administration and subsequent actions and comments.

James talks quietly but openly about his outrage at comments made by President Donald Trump during the campaign and after the election toward the black community, on police brutality and against immigrants.

“People are feeling it all over the world,” he says. “I have immigrant friends who work in the music business all over who are afraid for their futures and futures of their children.”

James says it’s not how he remembers growing up in Minnesota, and that his new album does reflect some of his nostalgia for a different time and place.

“‘Live Your Fantasy’ is really fun to play live,” he says of one of his favorite songs on the album. “It’s a throwback to Prince’s sound of the ‘80s. It makes me go back to my childhood and to listening to that music and being in that scene. I like it because it’s one of the main tracks that touches people around the world. To see the joy on people’s faces when we play it, it’s amazing.”

For the tour, James is bringing his guitar and renowned drummer Nate Smith, and will incorporate art into his staging to set a visual framework for the music.

This will be James’ first show at the Guild Theater. For those who haven’t checked out the revamped theater space, the venue’s website offers a list of upcoming public events, including plays, book fairs, lectures and performances. For more information, visit Sthope.org.