Belt It Out! • Katie Knipp Makes Her Own Way in the Music Business 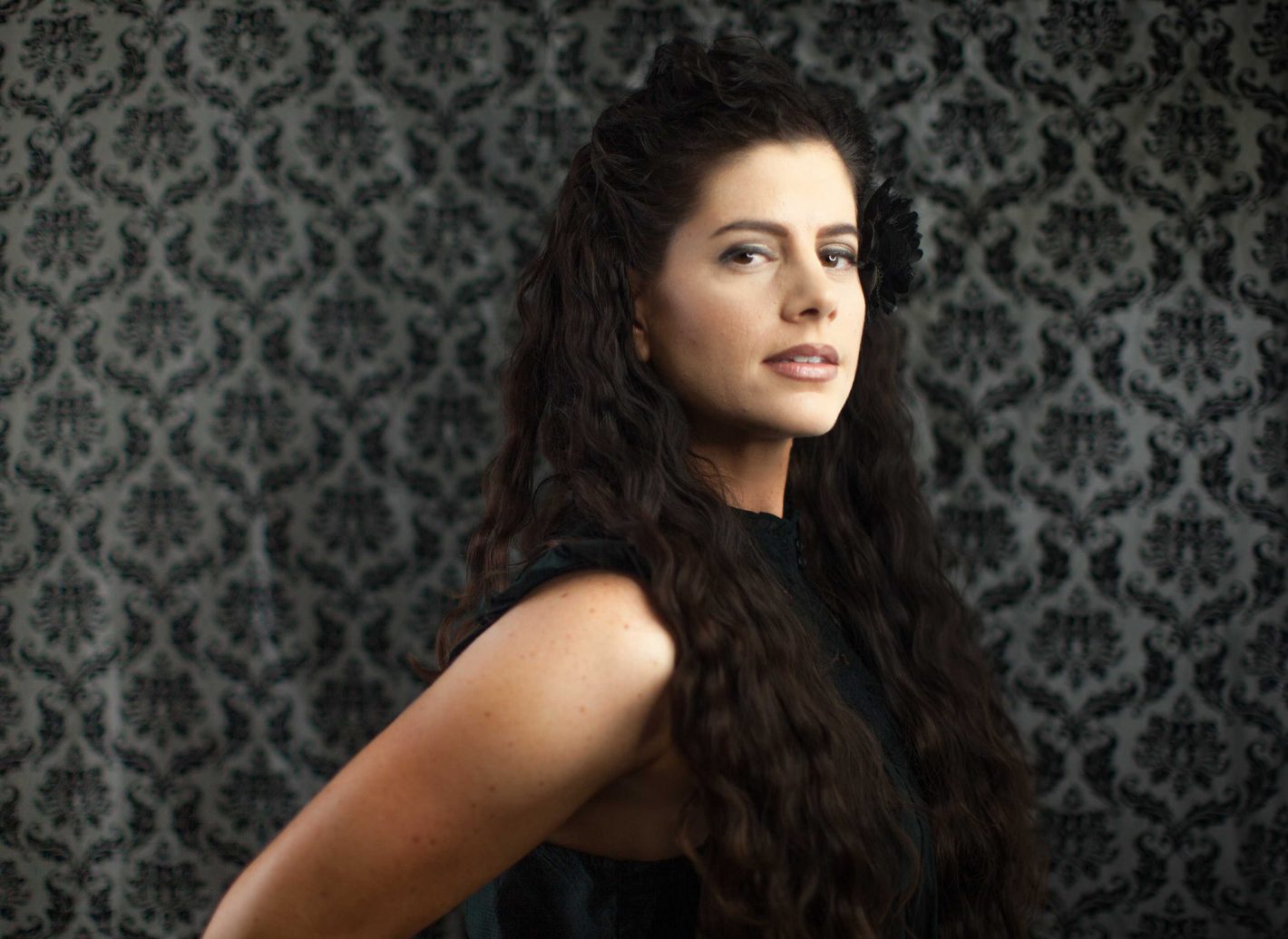 Determined not to let anything stand in the way of her dreams, Katie Knipp became an expert in finding nontraditional ways to further her career in music. From ducking into her high school’s band room during lunch breaks to teach herself piano, to living a double life that connected her with the blues and allowed her to express herself outside of the strict world of operatic education, if there’s something Knipp wants to check off her list, she will.

Knipp recently put her music career on hold to focus on having and caring for her two children, but the songs kept creeping into her mind.

“Sometimes I would just get a lyric stuck in my head at three in the morning while breastfeeding and had to write it down,” said Knipp.

It took her a few years to figure out how to balance both a family and music career.

“I really do love performing, but I can’t be a deadbeat mom and just leave my family and go tour for 100 days a year,” Knipp said. “I want to be present for my family and have a successful music career. I believe I can do it.”

So far, Knipp is keeping her word by releasing her fifth album earlier this month, titled Take It With You. It is by far her most bluesy album to date, with a backing band that hit the floor running and gelled while in the studio.

“We didn’t even have a live gig,” said Knipp. “We just went straight into the studio. Then we played live after. It was crazy, but it worked!”

I sat down with Knipp right before the release of her new album, and discussed everything from dark poetry, to family life, to life-changing events. 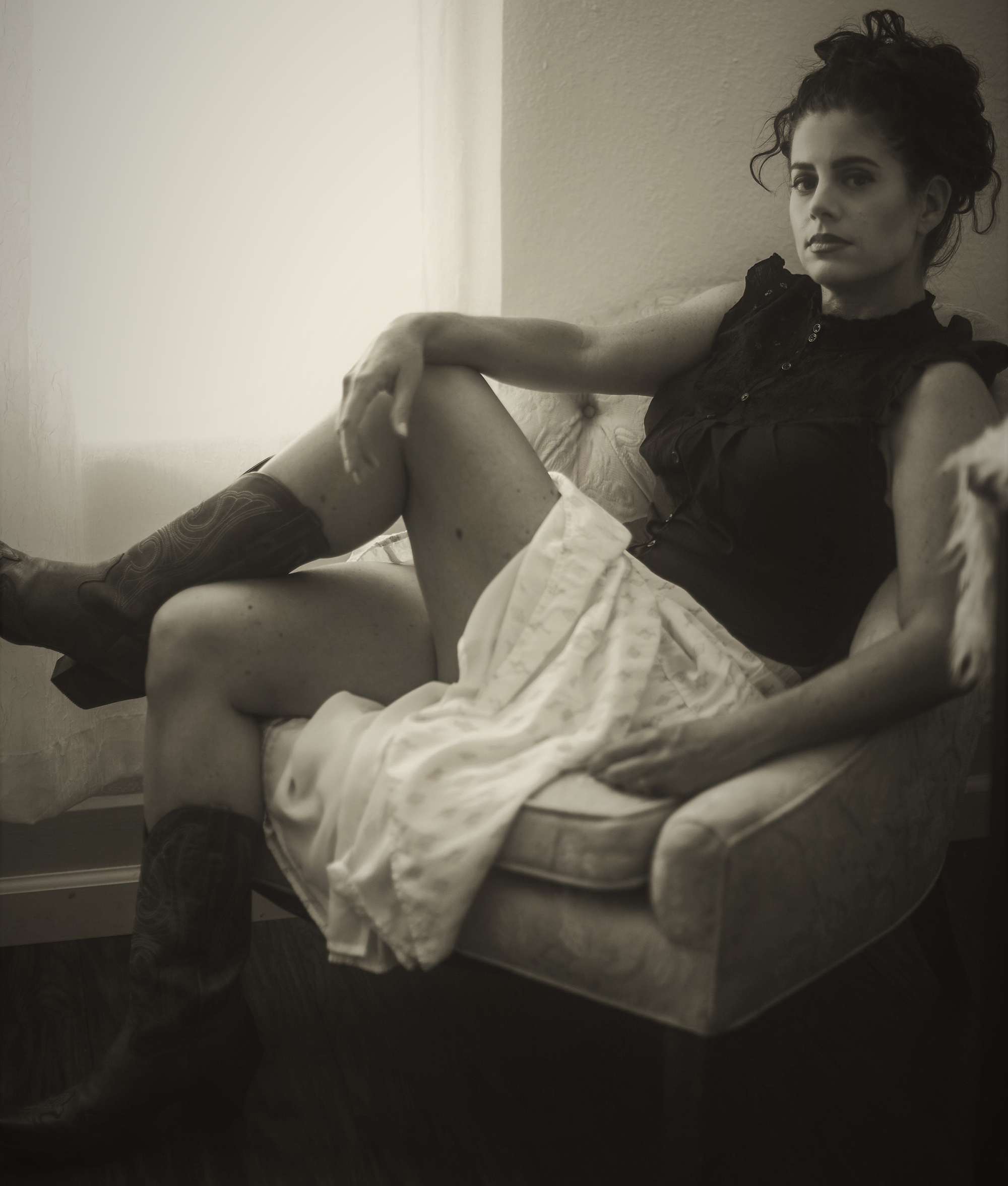 How long have you been playing piano?
I taught myself piano in high school during lunch breaks in the band room starting at 15. We didn’t have a piano at home and I didn’t have piano lessons, but I loved it and had to figure that shit out. I was so in love with the piano. So I was in there almost every lunch break like a total nerd.

Did you ask your parents for piano lessons?
They were already giving me voice lessons. They were amazing, so I can’t complain. They were also paying for karate lessons at the time as well.

Sounds like you have been ambitious from the very beginning.
I have. I learned how to read music by playing the clarinet in the fourth grade and when I was in choir. I took that knowledge and taught myself piano, then in college is when I became real serious and started majoring in music.

Your new album is very bluesy. When did you first start singing the blues?
Well, I had a private teacher on the side all through college, and past college, who was allowing me to sing the belt-y, bluesy stuff in a healthy way because the people at the university thought that opera was the way to go and anything else was bad for your voice. So I had to sneak my second voice teacher. I had these two worlds going on. I would sing German, Italian and French opera during the day and in the night I would go out and get crazy.

Crazy in what way?
During my first year I had to keep it a secret that I was singing in clubs at night. I was in a cover band, and we did everything from Aretha Franklin to Fiona Apple—just whatever music I like to sing.

When did you start writing your own music?
I started tinkering around and writing my own songs on piano before college, but I wasn’t as assertive about it until I went through certain personal things. Then I realized it was a really great healer.

What led you to this realization?
When I went to UC Santa Cruz I witnessed a suicide. It was on my 21st birthday. It was a really gory suicide, too. I lived in the dorms in UC Santa Cruz, and it was the guy next door to us. What he did was, he leaned a rifle against the railing of his balcony because he wanted people to see. He laid on the railing and then pulled the trigger so it shot him in the head and made him fall. I didn’t see him fall, but I was all about lifeguarding at the time and helping people with their injuries, so someone yelled, “Hey Katie! Someone fell off their balcony and might have broken their leg.” I ran over to him and half of his head was gone.

I can definitely see how expressing yourself through music can be therapeutic.
But the thing that was the real kicker—I don’t know if you are spiritual—but at that moment, for the first time in my life I felt pure evil around me. I really felt evil in the air. It just enveloped me, and I was so scared. I just ran up to my dorm and hid under the covers like a 5-year-old. I just didn’t know quite how to process it I guess. After that, I started writing a lot of dark poetry.

Would you say that darkness can be found in your music as well?
Yeah, my music can be a bit dark. You’d think I’d be covered in tattoos or something. Especially on my previous recordings.

And not long after writing your own music you were signed to an independent record label.
I was. I got a record deal with a startup company called R Level Records. They were like, “We’ll hire songwriters for you.” But I was like, “No, that’s OK, I can handle that.” So that’s when I bought a guitar and started teaching myself to play. This was when I was going to UC Santa Cruz, so I would practice on the beach and let the sound of the waves drown out any bad notes so no one else could hear me.

Why did you want to write on guitar instead of the piano?
Guitar was a great way to get a rhythm going, and get a song written faster than piano. I was too classical about piano at the time. I had a dorm mate that said, “Katie, three chords and you’re a rock star.” And I took that and I fucking ran with it. After only two months of playing I threw myself on stage.

I noticed that you mostly play solo. Do you plan on playing more shows with your band?
Yeah, I’ve only had one band gig this whole year. The band only got together to record the record, but we’re going to do more band gigs now that they want to stick around. I’m really grateful for that.

You can tell family is really important to you.
It is. The first pregnancy was a miracle, because … well, we had a miscarriage the first, first time I was pregnant. We really didn’t think I could have kids.

That does sound like a miracle.
It really was, but I didn’t realize how hard parenthood was until I found myself breastfeeding around the clock and only sleeping two hours a night. And then having a tantrum-ing one-and-a-half to 3-year-old who wouldn’t let me sing a note, or play a note. I was so depressed. That coupled with postpartum depression kicking in a little, I almost lost my shit, but writing Take It With You … it pulled me out of it and I’m grateful for that. I’m grateful for this album and I’m grateful for my family.

Katie Knipp will be celebrating the release of her new album, Take It With You, at The Torch Club (904 15th St., Sacramento) on Friday, Nov. 16, 2018. Knipp will be opening for The Sextones, who are returning from their European tour, so make sure you show up early. The show starts at 9 p.m. For more info, go to Torchclub.net.