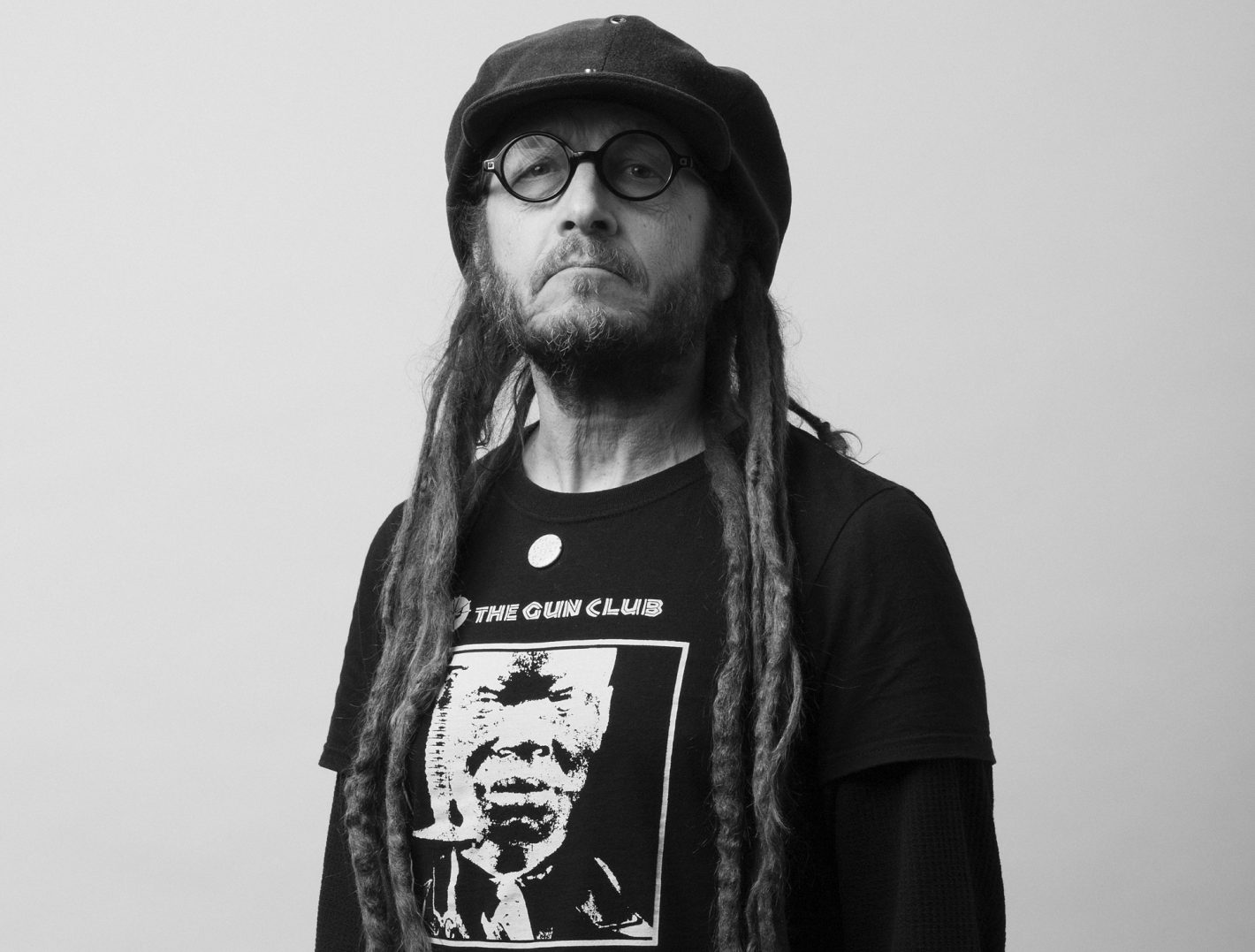 “I talk in circles.”

So says Keith Morris, frontman and founding vocalist of both Black Flag and the Circle Jerks. “The problem is that a story that should be eight, 10, 12 paragraphs, is normally double that. I add a lot of fat.”

But if there’s anyone deserving of justifiable rambling and yarn spinning, it would be Keith Morris. It bears repeating that Morris co-founded Black Flag and the Circle Jerks. He wasn’t just there when punk rock and hardcore broke on the West Coast—he threw the rock that shattered the glass. Four decades later, Morris has seen fit to pen a memoir of sorts, My Damage: The Story of a Punk Rock Survivor. Spurred by late-great “crown prince rocker and hero” Brendan Mullen (proprietor of the long-defunct and legendary punk club the Masque), My Damage is a highly readable 270-page jaunt through the ups and downs of Morris’ frenetic rock ‘n’ roll life. But what’s more is the picture he paints of a unique time and place in music—the early days of Southern California punk in locales like Hermosa Beach, Hollywood and Chinatown. The South Bay alone proved to be a breeding ground for what was to come, spawning not just the aforementioned heavyweights, but also the Descendants, Minutemen and Red Kross, to name just a few. 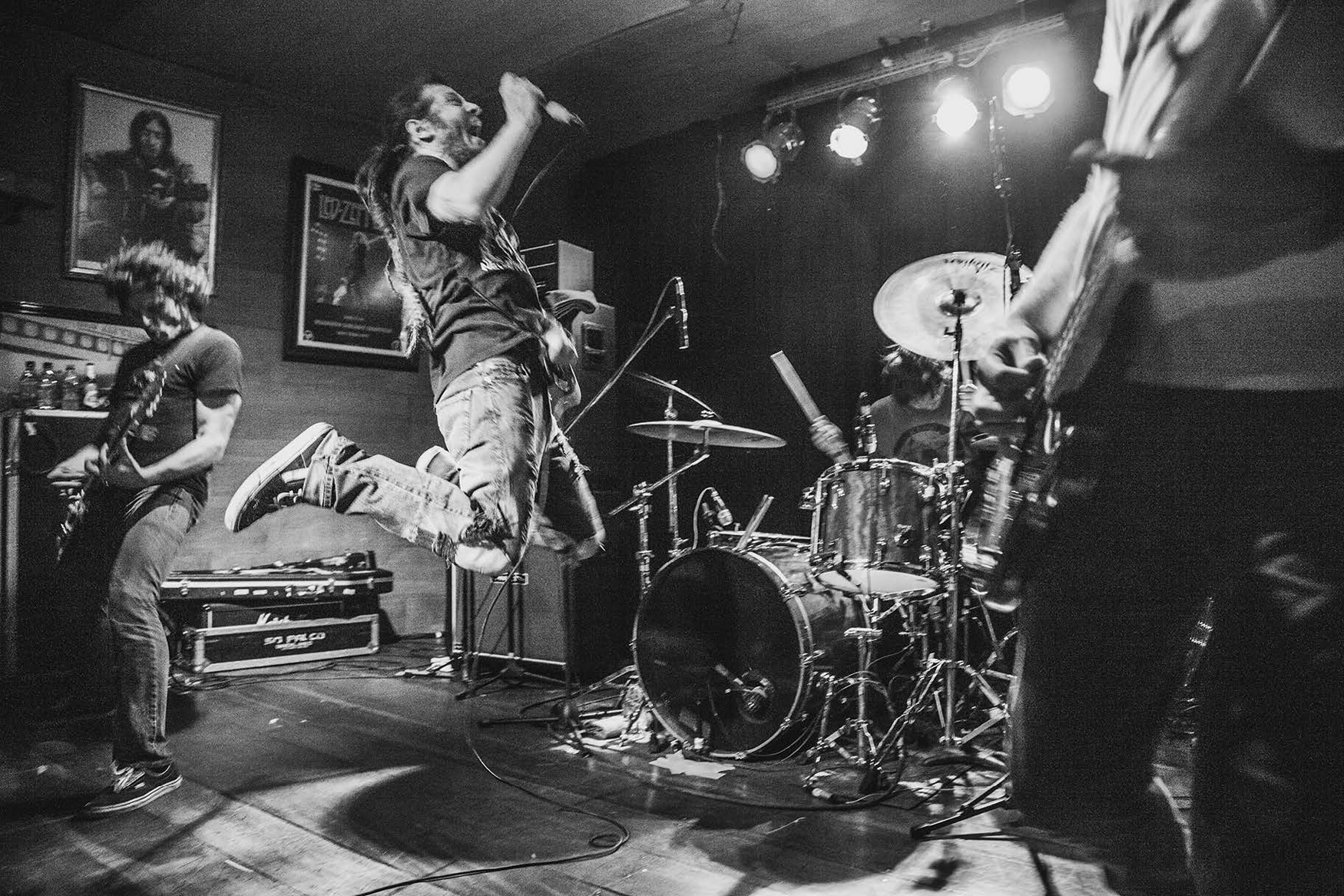 “Catching some air with Dimitri and Mario in Curitiba, Brazil.” | Photo by Rodrigo Melleiro

You read some of these rock bios and they tell stories that don’t seem like they actually happened. But My Damage is totally normal and real. For example, you describe the organic rise of Black Flag, and how Panic [the band’s original name] was informal and not like some serious thing. You weren’t all of a sudden this juggernaut. You kind of just clipped along for a few years.
We were the guy using sign language in a room filled with [the] blind. We couldn’t buy a gig. We didn’t know how to approach people at clubs and say, “Here’s a cassette of some of our songs. This is what we sound like, this is what we’re about.” We moved at our own pace. We also sat around rehearsing quite a bit. Not really talking about any kind of strategy, or “Did you happen to read the first 50 pages of the punk rock manual? This is what you do, this is what you wear, this is how you behave to get from point A to point B.” We didn’t have that. We didn’t look like that, we didn’t act like that. I mean, I did a bunch of drunken, goofy, silly things. I should regret all of them, but for the most part I don’t. Why would you regret opening a skylight in a hall with 800 people below you and unzipping your trousers and taking a leak onto whoever the urine fell on?

It was interesting what you wrote about Raymond Pettibon being the unsung hero of Black Flag and the affect his artwork had.
People will say Chuck “the Duke” was the heart and soul of Black Flag. Greg Ginn was the brains. Greg Ginn was the businessman, Greg Ginn had the plan. But Raymond [Greg’s brother] was not only responsible for the name, but also for one of the most iconic rock images ever. And that would be the four wavering black bars that equates to a black flag. And the black flag to some people means “Let’s blow shit up! Let’s fuckin’ kill people, let’s set things on fire, let’s fuck up the government!” And for some people it just means, “Hey! We adhered to all these various rules throughout the years, [so] let’s create some of our own rules.” And that equated to freedom, and that’s what we were doing. 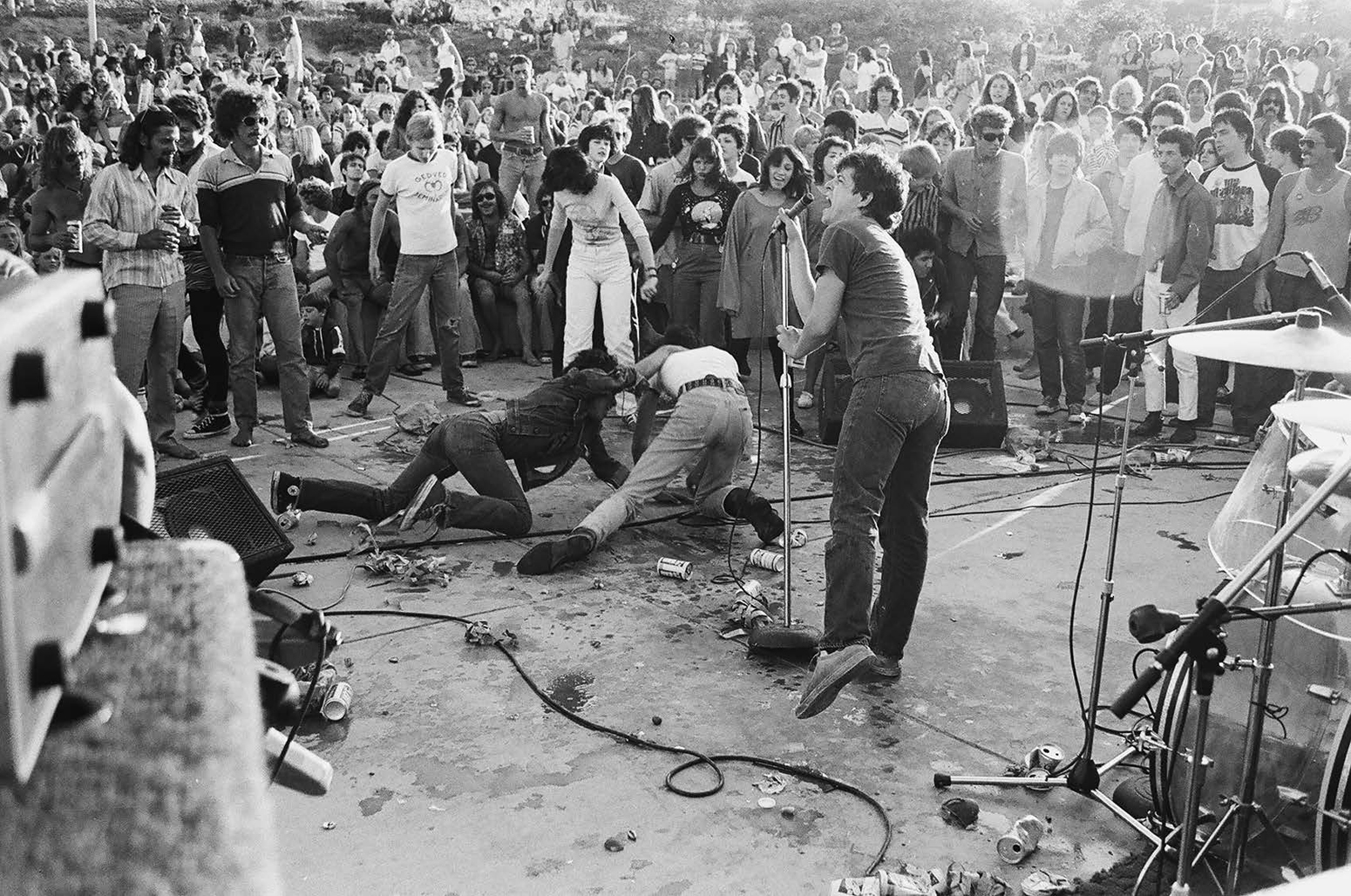 “The first three vocalists of the first four years of Black Flag: Ron Reyes, Dez Cadena, and yours truly.” | Photo by Spot

In the early portion of the book you talk about the exclusivity and close-mindedness of the L.A. punk scene, but you also describe it as very “festive” at times. What was the balance?
Well you have to look at the punk rock ethics committee. They’ll be the ones that are shaking their finger saying, “You can’t do this and you have to be this. You can’t play with them, you can’t go there, you can’t charge that kind of money. Oh you’re selling a T-shirt for $15 but you’re supposed to be selling it for $3.” In the beginning of the L.A. scene, there were bits and pieces of that. But they looked the part. They obviously paid attention to Sid Vicious and Johnny Rotten and Dave Vanian, and I’m not dissing any of these guys because I love all of [them]. But all of a sudden you gotta make this fashion statement. And we weren’t fashion guys. We looked like we were wearing hand-me-downs. We made our statement based off of whatever was on sale at the Goodwill. So you have these guys from the beach—which would be us—showing up and being surrounded. They didn’t understand or know who we were.

But we had a foot in the door knowing these [South Bay] gals. And we would eventually change the hive mind about us: We’re at a party and we get a chance to throw the Nervous Breakdown EP on the turntable.

It must’ve blown people’s doors off.
Everybody at the party took like three or four steps back, like “What is this?” The influential big players on the scene were in the room. When the fourth song was finished, I was pulled aside by a guy name Claude Bessy, better known in our circles as Kickboy. He was the main writer at Slash magazine, which was very influential. He looked at me and said, “You weren’t supposed to make that. Was that really you?” We looked ratty-tatty, like we would have attended Woodstock. Like we would get in the Volkswagen van and follow the Grateful Dead. And from that point on, everybody knew who we were and we started to move up the ranks. 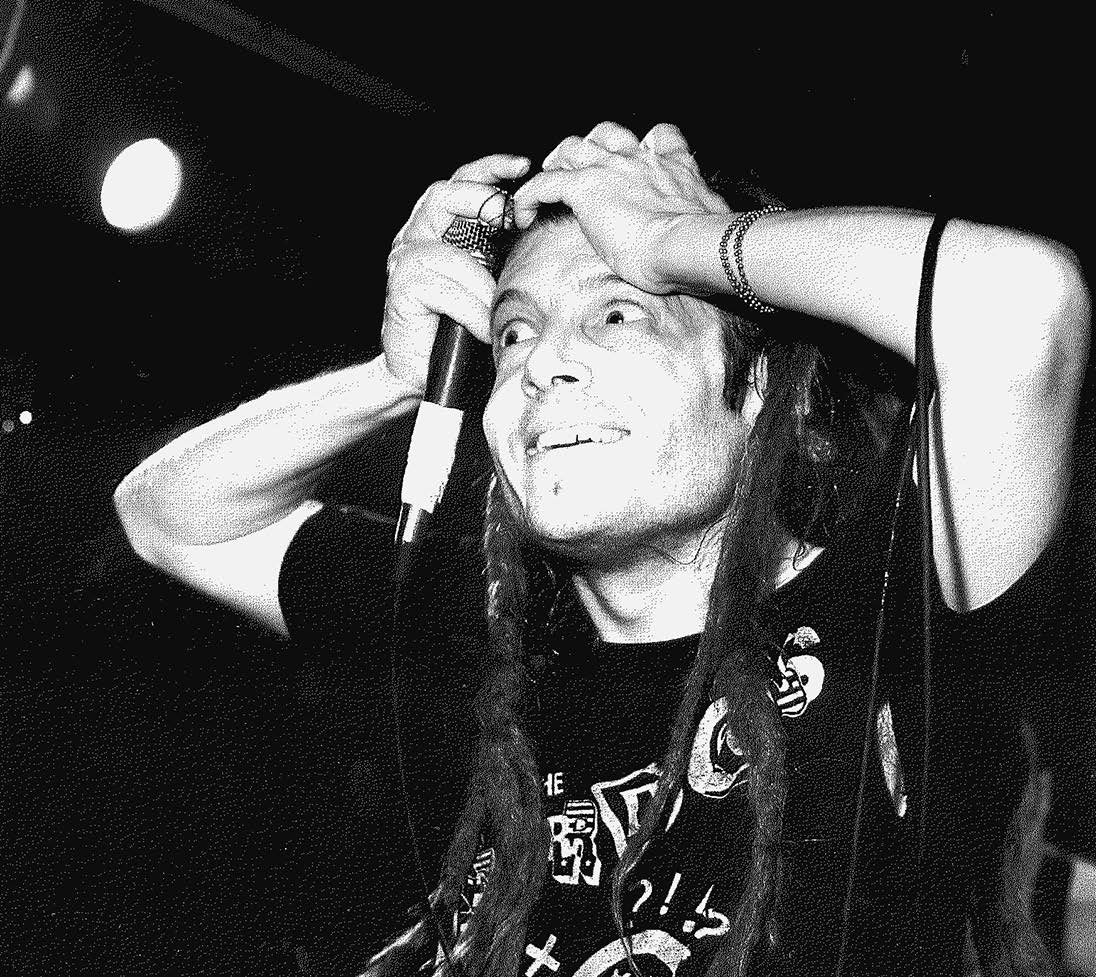 “Bugged out at CBGB’s” | Photo by BJ Papas

Talk about how you were kind of just hanging out and fell into your Circle Jerks bandmates. It struck me that things were happening whether you intended them to or not.
None of this was premeditated. And the thing that happened with the Circle Jerks, was some of the guys that hung out at The Church had a falling out—Red Kross and the McDonald brothers, Greg Hetson, Ron Reyes. They’re still teenagers and discovering that they’re growing pubic hairs and all that fun stuff. And there was a point in time when [the Circle Jerks] were highly hated amongst all the bands we had been a part of. We were accused of stealing songs. And I’m gonna raise my hand and assume part of the responsibility for that. Because we’re not writing a lot of songs. Our first album there’s 16 minutes of music. It’s like, “Has anybody written anything in any of the other bands you played in?” And I’m not paying attention, ‘cause I’m a fuck-up. I need to get up to Hollywood so I can hook up with the coke dealer, or whatever the excuse was. Like I said, I’m fucked up out of my mind. I’m not paying attention to Greg taking a complete Red Kross song and volunteering [it]. One of the guys from the Angry Samoans wanted to fuckin’ kill me. It’s like, “Why? What’s the deal?” And he explains that at one point Roger [Rogerson] played in the band. And I said, “Lemme tell you what happened. Here, have a beer. I’ve got a little bit of cocaine, take a hoot.” It was all good after that. 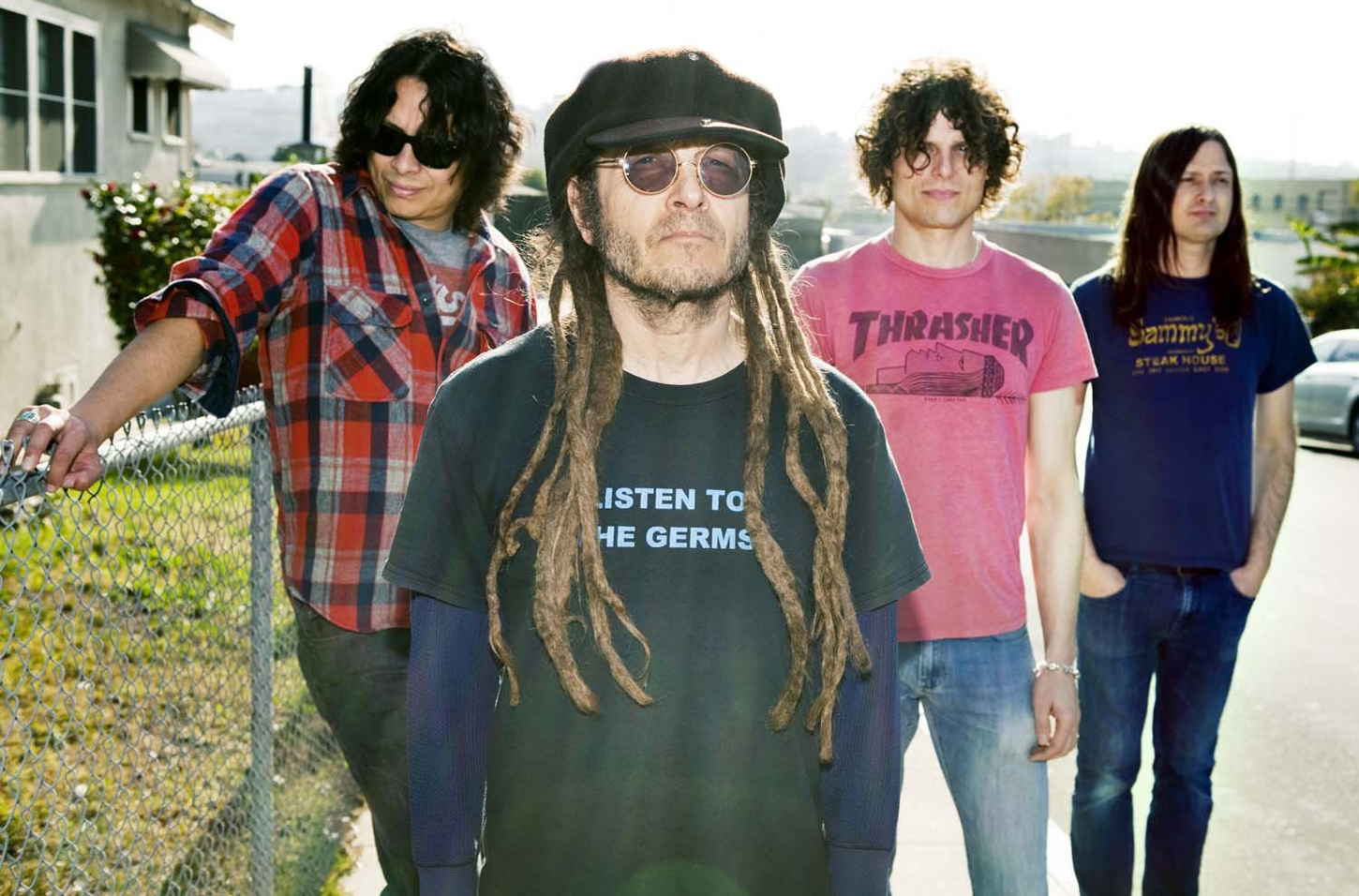 Catch Morris’ band OFF! with special guests Plague Vendor and Kill the Precedent on Tuesday, Nov. 15, 2016, at The Boardwalk, located at 9426 Greenback Lane in Orangevale. This all-ages show starts at 6:30 p.m., with tickets being $20 in advance or $22 at the door. Find tickets and more info at Theboardwalkpresents.com. The same day, Morris will be doing a book signing at Dimple Records in Citrus Heights, located at 7830 Macy Plaza Drive. Call the store for details at (916) 962-3600.