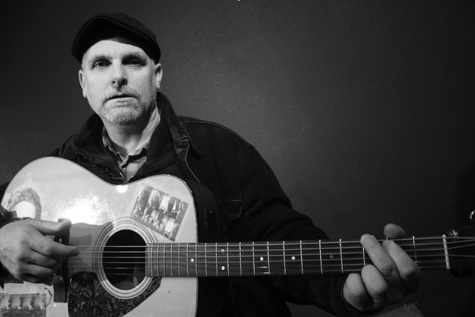 Legendary Sacramento-based singer/songwriter Kevin Seconds (of the highly influential hardcore punk band 7Seconds) is readying the release of a new solo record, Don’t Let Me Lose Ya. The 10-track album, which Kevin calls his fifth “official” solo release (he’s made all sorts of homemade, limited-run releases over the years), will be available through Asian Man Records on Oct. 9, 2012.

“I kept it pretty simple and close to my heart,” Kevin recently told Submerge. Rather than enlisting the help of musicians from all over the country, which Kevin had considered, he kept everything close to home. “I’m really fortunate to have some amazing and talented people so willing to help me out, my wife Allyson first and foremost, of course. I’m never more excited than when I’ve got my vocal parts done and I know it’s her turn to come in and sing.”

Kepi Ghoulie played drums, Alison Sharkey laid down crucial cello parts and David Houston, who recorded the album at his studio, played on the album as well.

“I’ve known David for 17, 18 years now,” Kevin said. “I consider him to be one of my closest friends, I love the man. He’s brilliant, fun to hang out with and inspires me in so many ways I cannot even begin to tell you.”

After recording his last couple solo albums himself, Kevin felt like he needed to collaborate a little, to reach out and let someone he knows and trusts put their touches on this new album. It paid off.

“It was actually the funnest, easiest time I’ve ever spent in a recording studio,” he said. That definitely comes off when you listen to Don’t Let Me Lose Ya, nothing feels forced, it’s very organic sounding and Kevin’s masterful songwriting and storytelling are right up front on display as best as they ever have been.

His official CD release show will take place on Saturday, Oct. 13, 2012 at Naked Lounge. That show will also be Kepi Ghoulie’s and Kevin’s U.S. tour kickoff. For more information and to pre-order Kevin Seconds’ new album, visit http://kevinseconds.com/ or http://asianmanrecords.com/