Urban artist Lady Remedy gets ready for her big debut

Wearing sweet kicks, acid-wash skinnies, sports memorabilia and shades, Lady Remedy walks up to Kasbah Lounge on J Street like she’s done it a million times. Midtown is her neighborhood, Sacramento is her home. And now that this smooth-talking wordsmith/producer has turned her sights to singing and MCing full time, she says she’s ready to go beyond her streets.

Before Lady Remedy, there was Tori Redd. Redd wrote, produced and hung out quietly around the Sacramento hip-hop scene in which she grew up. She loved the music but didn’t really want the attention.

Fast-forward a few years and the spotlight’s just the beginning.

Remedy’s first EP, Freak, with eight songs–including her single “The Way U Do” out now–releases digitally July 26. [Submerge has received word that this release date has been pushed back. Check http://www.ladyremedy.com/ for up-to-date info on the album’s release.] A 13-track mix tape, The Steez-Tape, is already available online and also showcases Remedy’s producing skills. She’ll follow those up with an 18-track reloaded version of her EP, more music videos and at least four other projects, including an all-female MC compilation called Venus x Bars and her label Block Starz Music’s compilation album, of which a few more installments are in the works.

And of course, the touring to promote all this music starts soon, with an official kick-off lined up during San Diego Pride Week, July 21, 2012.

Before recording, Remedy spent the last two years highlighting what she could do on stage, in person. Now she wants to see what the world thinks of her music.

“Since I’ve been performing out as an artist, I haven’t been putting out music, which is good too, but I don’t think people have a complete perception of what I do and who I am so the music is important to me,” she says. “This will show my position as an artist.”

Remedy’s catchy, throwback style falls into the realm of singers like Brandy and Queen Latifah, as well as rappers like the late Notorious B.I.G. and one of Remedy’s influences, Jean Grae. Remedy is hip-hop, but more.

“I am very much an urban music enthusiast,” she says, pulling up to her hookah at Kasbah Wednesday night. “It’s kind of watered down now because everybody feels like in order to be mainstream you can’t really do urban but mainstream is urban to me. It’s kids and people who are living life in the streets, or living life just out in the world; that’s urban. Those who say urban is just hip-hop, that’s not true. It’s real music.”

Remedy is a lyricist first and foremost, but she says she also wants to show her balance of singing and emceeing, and be the best at both.

“I try not to get boxed in but it’s hard,” she says. “People always ask, ‘Do you like to sing more or rap more?’ It’s fun to do both. When I sing it’s like a different part of me. I can be sweet, soft, sensual, whatever. Soulful and very emotional. Same with MCing, I can talk about subjects that can draw emotion, and just be transparent. Emceeing is a little bit more exciting because it’s more in your face, parental advisory, ha ha, but I don’t like people saying I should be doing one more than the other.”

What listeners may not know is that Remedy started out in soul, singing backup or producing and writing. She’s transitioned into a performer easily because of her past experiences with Sacramento-based R&B/soul artists like Marknoxx, her music partner, and brings the neo-soul, new age vibe she started with to her music now.

“I was always working, producing and writing with local artists and working with whoever knew what I did in music,” says Remedy. “The spotlight never appealed to me. I thought, I just want to write songs. But when I stepped out I got a really warm welcome, and it gave me more confidence and made me want to continue on and grow more.”

Working behind the scenes paid off. Local hip-hop musicians Righteous Movement featured Remedy on their tracks and Turf Hop Alliance, a collective started by local MCs Remedy knew well pulled her into the group. Coupled with her musical relationship and vocals with Marknoxx and the Young Legends, Remedy was set. 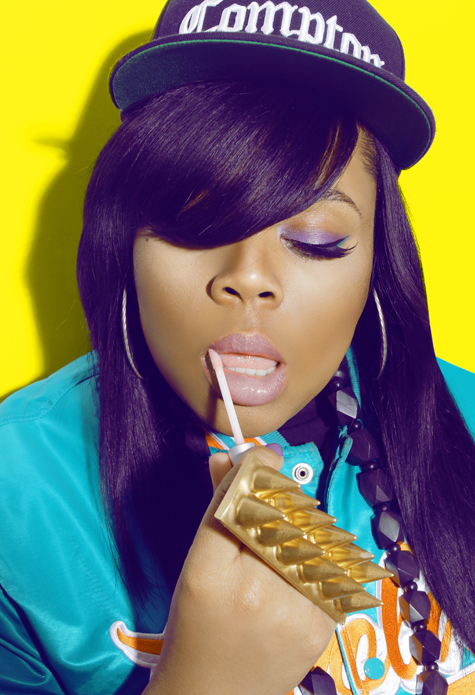 “So when I started rockin’ I was affiliated with all these artists and so the same audience who saw them saw me,” Remedy says of her first shows. “Being one of the only girls, they were really excited to see another female doing it so it was a good start.”

When Remedy joined Block Starz Music, the label helped her get more viral attention. Block Starz is also releasing her upcoming albums and mix tape, and has included her on available and upcoming compilations and booked her summer tour dates.

Other upcoming projects include a Turf Hop compilation coming out soon for which Remedy shot a video June 24.

“I wasn’t shooting videos before…Lady Remedy, but it’s fun,” she says, noting her brother, Los Angeles-based photographer and creative director Tyren Redd, has shot all of her prior videos. “Especially when you’re getting into singles and songs that mean something and you want to do a whole story and be artistic and creative. It’s cool to put it out and see how people react to it.”

So what’s this 24-year-old music maker doing when she’s not working? For now, she’s getting ready to move to L.A. “to be seen” more and launch her music statewide. Remedy also has multiple other talents, from basketball to graphics, and she weaves the two into her career when possible. The laid-back sneaker-holic also loves to buy more kicks–her single “Sneaker Freak” is the plain truth–and she rides her fixed-gear around Midtown before sitting down to play video games.

Remedy’s relaxed, comfortable attitude reflects in her quick-hitting lyrics that rely on her life experiences and clever pop culture references, but that doesn’t mean she’s not anxious about her big debut.

“The EP release party is July 25 here at Momo Lounge–Oh my gosh,” she stops and laughs. “I’ve never done anything like this. I think every artist is sensitive about their music. They put it out there. Even a mix tape–it’s just a mix tape but it’s the first thing I’m putting out, so it’s like, you know, I just want it to be received well.”

A welcome reception in her hometown might help, partly because, Remedy says, the talent in Sacramento goes largely unnoticed. If artists like her make it big, she’s hoping more attention will come this way.

“I think it’s a good place to say you’re from, especially with the push that a lot of us are giving right now, we’re reaching masses and that’s bringing attention to Sacramento,” she says. “Eventually everyone [from here] working as hard as they are in music, it’ll turn into something and we can say, ‘I’m from Sacramento,’ and people will be looking for talent in Sacramento. For now, it’s not all the way like that but it’s good we’re going out and bringing attention to where we’re from.“

She continues, “I think Sacramento’s dope. People don’t know. Even for the other genres. Alternative bands, rock bands, we got great hip-hop acts, we got amazing singers, there’s so much talent here, people just don’t know.”

With all that’s in store in the coming months, Remedy says she’s excited about reaching out. Some of the shows she has lined up will be in Sacramento, but she is very focused on the whole state.

“But like I said, I’m from here, and it’s important to get the support of Sacramento,” she says. “I’m excited about reaching out. Reaching back actually. My region, my area, my city.” 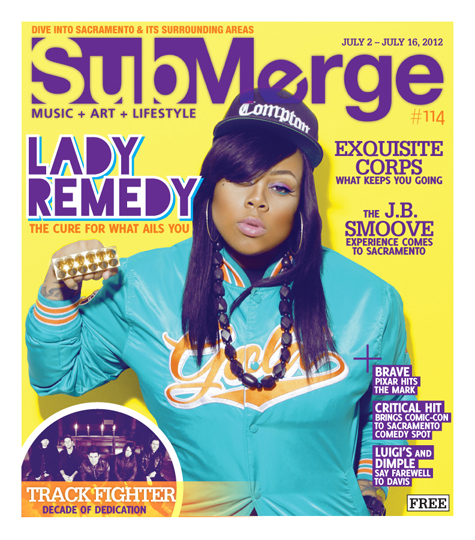 Lady Remedy will celebrate the release of her new single “Give It To Um” on July 25, 2012 at Momo Lounge. The show gets underway at 10 p.m. and is presented in conjunction with L!FE. She will also have a show at Shenanigans on Aug. 4. To hear Lady Remedy and get the latest info about release dates and the tour, visit http://www.ladyremedy.com/.