When the Canadian duo Chromeo unleashed their brand of electronica-imbued funk on the masses at Cesar Chavez Plaza last year, it was like a shockwave of electrofunk energy surged through the crowd, sending thousands into a music-induced trance as the hoard heaved in time with the synth-laden beats.

It was at that moment that Sacramento’s LAUNCH Music Festival appeared poised to join the music festival glitterati. And now, after five years on the summer music festival circuit, the little festival that could appears ready to take on the mainstream.

“The basic ethos [of LAUNCH] is celebrating the overlaps of art, architecture, fashion, music—music really being the backdrop of it all—and celebrating the creative culture,” says LAUNCH founder Michael Hargis. “And really, since we’ve grown into this, it’s really about creating a culture that keeps the local creators here in Sacramento.”

Hargis says LAUNCH was born out of a passion for all things creative and a commitment to expanding the reach of the Sacramento brand. Through his experience as an architect and fascination with the entirety of the local creative culture, Hargis’ “Why not here?” mentality is what inspired him to bring a little bit of the Coachella magic, a source of his inspiration for LAUNCH, back to Sacramento.

With major buzz surrounding the event, LAUNCH has also become a major talent magnet, bringing in acts that are blowing up on the national and international scene. Case in point: this year, Hargis is flying in Van She from Australia to complement this year’s already stellar lineup, which includes indie-rock powerhouse Imagine Dragons..

“This year…bands started coming to us,” says Greg Patterson, one of the LAUNCH partners and co-founder of the ticketing and concert logistics company Ground(ctrl). “So, Blonde Redhead is a prime example of where, it’s a band that I wouldn’t even have thought that we could have gotten, but their agent reached out to us.”

“This is the top agent, the owner of The Windish Agency, which is one of the biggest independent booking agencies,” Hargis adds. “He’s the owner and the personal contact for that band, [and he] reached out to us, and that’s kind of a big deal.”

In just five short years, LAUNCH has grown from a single-day event exhibiting the talents of local creative types to a few hundred attendees, to a multi-day, multi-venue collaboration of local and international artists exposing their talents to a few thousand voracious music, art, fashion and design enthusiasts. Proving that last year’s surging crowds wasn’t a fluke, Patterson says this year’s event is on track to sell as many tickets as it did last year. And with a budget in the high six-figures, you know this year’s event is going to bring it.

Riding the wave of success from 2012’s behemoth of an event, after which the festival was nominated for a 2012 V.I.B.E. (Visionary Innovators in Building Excellence) award by the Downtown Sacramento Partnership, the worlds of music, design and fashion blasts off again on Sept. 4. And its partners are convinced that this year’s festival will prove that Sacramento can hang with the festival big boys.

With the meteoric rise of the festival, Hargis realized that in order to really pull off an event that could top last year’s spectacle, a team of local producers, booking agents and technicians had to be employed. This year, Transmission Events is managing the fencing and some of the other logistics once managed by Hargis and crew. Eric Rushing, owner of Ace of Spades, took on the role of booking the bands. Rushing says the process of developing the lineup was like assembling a dream list of acts. 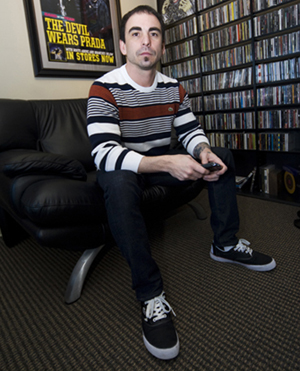 “We basically sat on a committee and kind of put together a bunch of acts that we’d like to see,” Rushing explains. “LAUNCH has a certain demographic and art about it that Michael really wants to bring across, so it started as more of an electronic and art festival and it’s kind of evolved a little bit, but [we’re] still keeping a lot of the creativity of the festival intact now that there are a lot more partners involved in the festival.”

Local multi-media company Ground(ctrl) also proved to be a major asset to the LAUNCH team, handling some of the other logistical details like ticket sales, website design and helping the LAUNCH team realize their staggering vision to transform the park into something that would top last year’s staging. 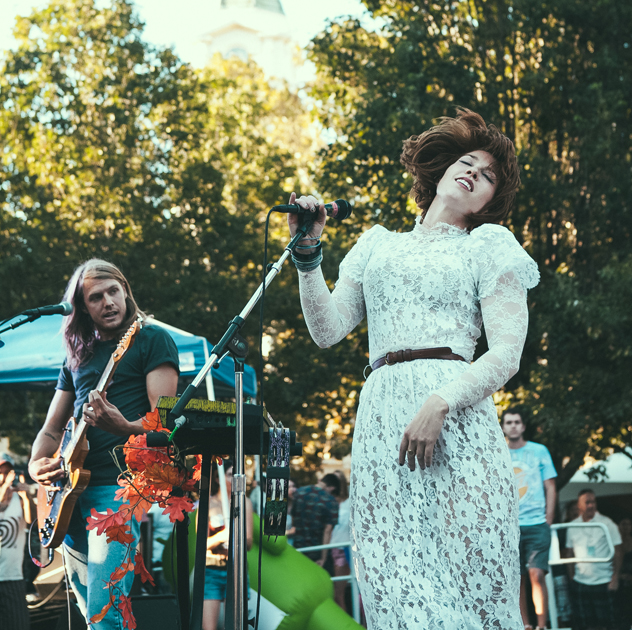 From its humble beginnings, including a heavy personal investment from its founders—yes, even Hargis had to dip into his 401(k) to make it all happen—this year’s party in the park promises to deliver big.

“I feel like, from my perspective, it grew from a very organic, really small arts and fashion and music festival into a multi-day, multi-location festival,” Rushing says. “We have the MARRS location with the kick off on Wednesday, Thursday night we have a pre-party at Ace of Spades, Friday night we have the fashion show and then Saturday and Sunday we have the big blowout as well, and we have after-parties planned. It’s one of the biggest things Sacramento has ever seen when it comes to music in the inner city.”

So, if you think that you have to caravan down to the dust bowl that is Coachella or jet out to Austin for South by Southwest to see some of the best music acts to hit the scene, then think again, and prepare to unpack your bags, because LAUNCH is about to jump off, again. 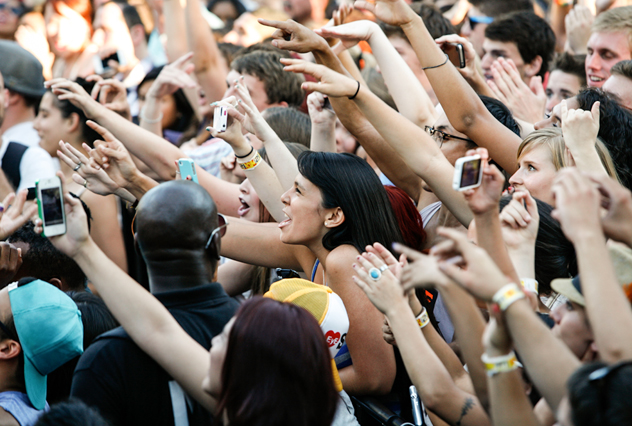 • A contingent of out-of-town bands ripped through the Green Hotel enclave, including L.A. Riots, Wallpaper and Dances With White Girls.

• Set up like an interactive wonderland, the Greens was transformed into a three-stage, mid-century modern homage to Sacramento’s vibrant artistic community. The main stage, poolside deejay station and electro lounge provided booty-bumping grooves while the hotel rooms served as vignettes for vendors and artists to showcase their wares and talents. Adam Saake also helped plan
the event.

• Invigorated by the success of Launch’s first year on the scene, Hargis set up shop at The Artisan Building, a premier, multi-use facility in Del Paso Heights.

• After Neon Indian unexpectedly bowed out of the 2011 Launch lineup, an unfettered Hargis forged on without ruffling a hair on his perfectly coiffed head and invited the reverb-laden Ganglians to join the bill when the festival returned to the Greens Hotel, billed as “Back to the Hotel.” At this point, local promoter Clay Nutting stepped in to help Hargis, and has contributed to the festival ever since.

• Swimming-pool shenanigans cooled down party-revelers and bathing beauties chilled out poolside while soaking in DJ sets by Mike Diamond, My Cousin Vinny and Jon Droll.

• In its fourth year, the Launch organizers unleashed a fury of events on the Sacramento scene by busting out the heavy guns and showcasing a selected discipline at different locations throughout the grid, concluding with an all-day music festival for its 2012 extravaganza.

• One of the festival’s highlights included a raucous performance by King Tuff at Harlow’s, with equally engaging performances by rockers Jaill and the Coathangers.

• The festival kicked off at Hot Italian with a pop-up shop by Model Citizens NYC, an independent collection of furniture and industrial designers. The crew over at Bows and Arrows then commandeered the reins with a screening of three independent silent films with original scores performed by live musicians.

• The ultimate block party at the MARRS building block erupted as Exquisite Corps set the corridor on fire with a free album-release party. Local architectural group SacDigiFab, longtime partners and collaborators with the Launch squad, created interactive installations constructed out of recycled cardboard that littered the street. The brew team at Ruhstaller was also on hand.

• The festival’s finale, at its new home in Cesar Chavez Plaza, brought the crowd of nearly 6,000 to its collective feet as Chromeo, Grouplove, Chk Chk Chk (!!!), DJ Shadow and others performed throughout the day.

LAUNCH kicks off Sept. 4, 2013 with LAUNCH X MARRS, a free block party at 20th Street between J and K, and features a kickass event every day of the week (LAUNCH X Party Sept. 5, LAUNCH X Fashion Sept. 6) before culminating in LAUNCH x Music at Cesar Chavez Plaza Sept. 7 and 8. All events are all-ages. For tickets, the full lineup and more info, visit LAUNCHsacramento.com.