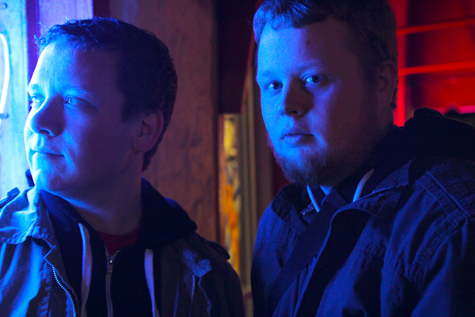 Zebulon hopes to wipe those mean mugs off your faces

Finding the perfect band name is no easy task. Musicians spend hours arguing over which words best describe them or whether their title should have a “the” in the front of their name. People can even head to Ratemyband.co and have the computer come up with random, witty band names such as “Step-Mother Trip” or “Cheddar Landslide.” But with local electronic hip-hop duo Zebulon, deciding a name came easy. “It’s actually my name. It’s my birth given name. A lot of people don’t believe that at first,” said Zebulon Griffin.

Originally from Atlanta, the hip-hop musician and drumming instructor moved to Sacramento at age 15. Since then he has experienced the differences in the music scenes between the two locations. One of his favorite hip-hop shows was in Atlanta watching Little Brother play a venue that was packed with energy and people. He finds it hard to find local full-energy concerts in California that remind him of his hometown.

“Everybody in California is just sitting there with the mean mug and back against the wall,” he said. “I don’t go to a show to judge everyone else there. I want to go have fun.”

But with his hip-hop duo, Zebulon and Brian Fleshman might be able to transform those “mean mugs” to inspired ones with their new tracks. Formerly from the group SouLifted, the duo is ready to share their new EP, Future Flash. Its six tracks will get your head nodding with their catchy beats and thoughtful lyrics. Although they have been together since 2006, Zebulon has only released music this year.

“That’s a really big step to just being able to get it out there,” Zebulon said. “That’s probably our biggest accomplishment right now.”

Submerge met up with Zebulon outside of Peet’s Coffee to chat about hip-hop, live shows and the upcoming New Year.

Describe the transition from the group SouLifted to Zebulon.
It was pretty seamless. SouLifted has more of a reggae twist to it but the music that Brian and I were writing only had certain hints of that, most of it was more electronic and hip-hop mixed together.

What do you think of the Sacramento hip-hop scene?
I’m digging what I’m hearing so far. There’s a lot of talent here versus if you go to a bigger city, it’s a little more watered down. For being a smaller city there is a lot of condensed talent in one area.

What is your music writing process?
It comes in waves. There are dry spells where I sit down and I try to force it out, I try to abandon that pretty quickly. There are times when it just comes out. Most of our tracks come together in hours and we revisit them later, when we start to find the project coming together. Most of the songs come together really quickly, so it just happens in spurts.

What is the best part about performing a live show?
The energy, even if you have to work for it or it’s just there in the smallest form. That’s truly inspiring to get people amped up into what you are doing… One guy, he was probably in his sixties, he came up to me after the show and was all about it. A lot of older people kind of look over the fact that it’s hip-hop altogether [and say], “I like your singing.”

Has social media helped your music at all?
I’m not as consistent as I could be. I go through waves of being on it, and there are times when I kind of neglect it. I’m not on Twitter yet. I always stay at least two steps behind the curve as far as social media goes. I didn’t get on MySpace until everyone was talking about Facebook.

Describe your new EP, Future Flash.
Lyrically it’s a lot of storytelling and musically we touched a little bit on all of our favorite types of sounds and genres. It has a little bit of old material that we twisted in a new way. There are a few new tracks that we are really stoked on. Back in July or August we started those sessions and then we wrapped it up in October, so pretty swift. We work pretty quick if the inspiration strikes.

What has been your favorite thing about this year?
Putting out [our] record and physically distributing it. I’ve wanted to do that. I’ve released stuff independently. We have gone that route before, so this is the first time we’ve actually printed it up through a company and we have it online now.

Do you have any New Year’s resolutions?
Continue forward with music. Hopefully achieve the goals that we’ve set as far as trying to get the tour going and the new record out. Build momentum.