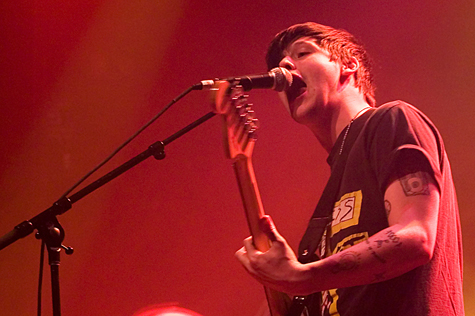 Hot off the “Summer is Forever” tour, pot-smoking indie rockers Best Coast and Wavves headlined a sold-out ballroom last week for the Noise Pop Festival in San Francisco. The Regency Ballroom is usually a classy venue that is fully decorated with elegant chandeliers and shiny hardwood floors. But on the last Saturday in February, it was quickly turned into a foggy, sweaty, deafening atmosphere, fully equipped with rowdy fans and pot-smoking aliens. 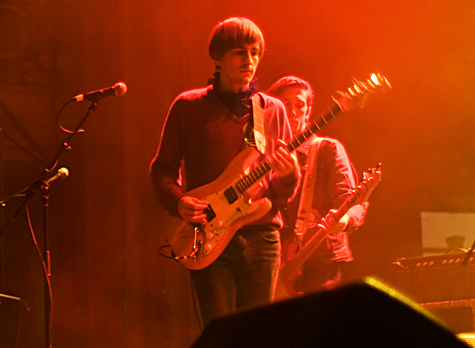 But before the headliners took over the stage, the show began with a mellow start. Openers and San Francisco locals Royal Baths showed off their eerie guitar riffs that echoed around the fog-polluted ballroom, causing a few occasional rock nods from members of the audience.

Soon after, Hunx and His Punx got the Noise Pop party started with their bubbly, body-moving beats. Perhaps it was because the punk band gave off similar vibes to watching the Rocky Horror Picture Show and listening to The Ramones at the same time. Or maybe it was the way the eccentric frontman of the group, Seth Bogart, would strut across the stage and flirt with the audience in his skin-tight leopard-print leggings.

“It really smells like weed backstage. I’m not joking,” Bogart said after he asked the crowd if they were ready for the night’s headlining bands.

When it was time for Wavves to take the stage, the venue was suddenly turned into a raging beach party when band members Nathan Williams and Stephen Pope threw out inflatable beach balls and green aliens.

Ironically enough, moments before Williams incited the sea of audience members into a rock frenzy, he warned the crowd to not hurt an already injured audience member and told everyone to “take a chill pill.” From every corner of the ballroom people could be seen jumping, moshing or yelling the lyrics right back to the band. 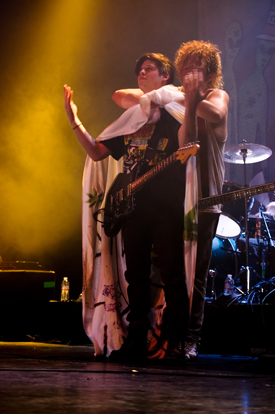 During the set, Williams took notice of a white sheet that was floating in the sea of people. It read in black messy writing, “Bluntz after show,” and was decorated with colorful cartoons of green aliens and a blue dinosaur smoking joints.

Before they broke into the song “So Bored,” bassist Stephen Pope grabbed the fan-made sheet and tied it around Williams’ neck over his black Misfits tee, just as a superhero would wear a cape.

Wavves decided to end their punk spree with their hit “Post Acid” that turned the crowd into jumping animals. To end the final note of the song, Williams launched his guitar straight toward the drum set and casually walked off stage. 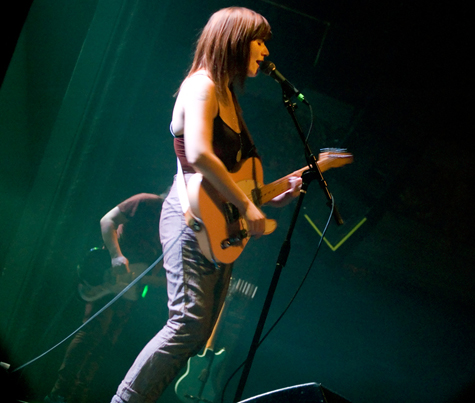 Afterward, Best Coast walked out to make their second return to Noise Pop, but this time as a headlining band and in front of hundreds more faces. The band started off playing the first few tunes with careless ease until they had trouble starting off one of their new songs.

“I smoked too much weed today,” said frontwoman Bethany Cosentino with a smile and her guitar at hand. So the band decided to skip the song altogether and soon realized that the other members, (bassist) Bobb Bruno and (dummer) Ali Koehler, had different set lists all together. But that didn’t slow the indie rockers from continuing their summer-loving set.

Best Coast pleased the crowd and played through most of their songs that are on their debut album, Crazy for You. Even though the fans were packed indoors like sardines, it felt as if they were taken to the sandy beach to rock out.

When Cosentino broke into the song “Boyfriend,” a young man in the audience was caught lip-synching every word of the song, almost in a trance while he watched the headliners perform within feet of him.

We all know summer can’t last forever. But Best Coast and Wavves brought the warm, carefree feelings of summer just for those few hours during Noise Pop.