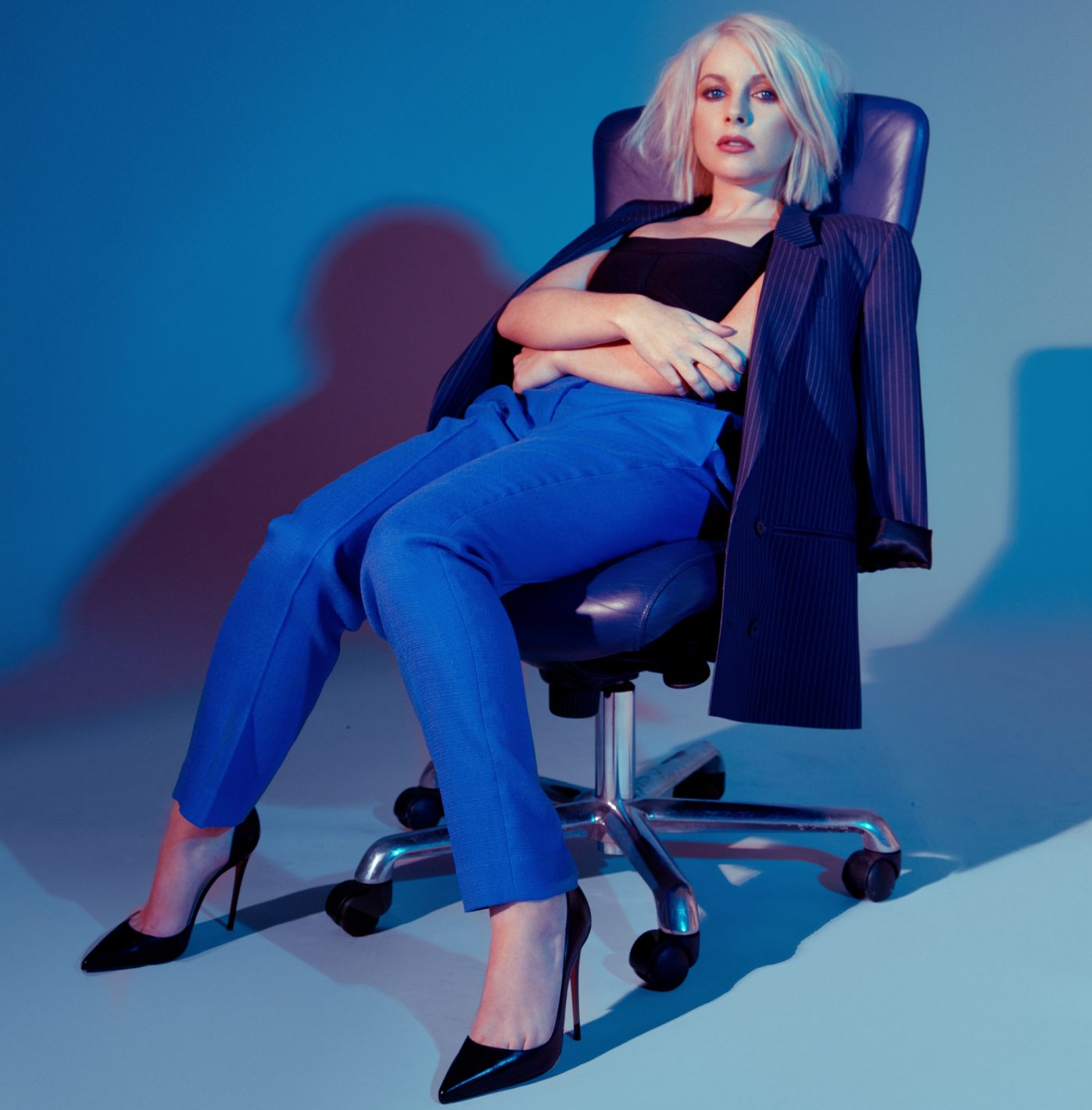 Glitchy sounds, beeps, beats and synths pound hard as colorful lights flash in time. At the touch of buttons and keys, Little Boots, a swaying British blonde, holds the pulsing crowd in the palms of her hands. Electropop. Heavy but sweet, it moves you.

English-born Victoria Christina Hesketh was once in a relatively successful all-girl electropunk band called Dead Disco, but when she emerged as a solo artist under the moniker Little Boots, she topped the BBC Sound of 2009 poll even before she released her debut album, Hands. Since then, she’s toured internationally, played Coachella and released three full-length LPs and a handful of EPs.

She’ll be visiting Sacramento for the first time on July 8 for a DJ gig at THIS is Midtown, a summertime Second Saturday block party that posts up in front of the MARRS building on 20th between J and K streets [Editor’s note: Due to unforeseen Visa issues, Little Boots unfortunately had to cancel her Sacramento appearance after our interview took place]. She asked me, “What’s good in Sacramento?” and I told her THE FOOD, like, eat three meals here, and explained the whole farm-to-fork thing. And that there’s lots of trees and to visit the river. She said she was really excited to come here. Here’s the rest of my conversation with Hesketh, who is as articulate as she is charming and talented.

You’re going to love THIS is Midtown. It’s a great fit for your music and what I perceive to be your audience. What can fans expect when they come see your DJ set?
It’s booked as part of this blog haus night. It’s a throwback to this early 2000s electro sound, so they want me to play that kind of thing, which is fun, because that’s around when I first started doing solo music and a lot of that early stuff was that sort of “hype the club”… so I guess it’ll be kind of a throwback set. I did one recently in L.A., it was fun, and everyone was going crazy!

Why do you call yourself Little Boots?
It’s kind of like a stupid nickname from a friend, because I’ve got small feet.

So it has nothing to do with Julius Caesar?
No, although she was aware of that when she started calling me that.

What are you working on right now outside of touring?
I’m working on a new EP at the moment. It’s kind of house-y, and it’s all female mixers and masters, so it’s kind of a girl power project. I’m working with some really cool female producers from Berlin. There are two tracks and we’re getting a couple more done, and hoping that will come out later this year. It’s really nice doing an all-female project. I’ve realized in 10 years of producing music I’ve worked with one woman and all the rest were men, so it’s a good time to do something female-focused.

What’s it like for you, being a female musician. Do you feel women have to objectify themselves to be successful, or that you have to be a role model for young female fans? What’s it mean to you to be a musician and female?
I think you just have to focus on being a good musician and not focus too much on gender.

Do the best you can, be as creative as you can, stand up for your opinions, be confident, and try to not get too bogged down with that stuff. Obviously it’s an important conversation, especially in the last couple of years. It’s become really fashionable and talked about, which I think is a really great thing, but you’ve got to just be really good at what you do and just have confidence in yourself and in what you’re creating, regardless of your gender. Don’t let that get in the way of anything.

Would you say your music has evolved over time, and if so how, since you started being a solo artist?
Absolutely. It’s funny because when I first started out I was doing quite left field stuff, like singles with Joe from Hot Chip and alternatives to more, like, dance producers, and when I got signed, the first record was more of a pop production, it was a lot more commercial. I’ve come full circle now and gotten back in touch with my origins, especially DJing a lot—it all ties into that world. It’s kind of nice to be able to take elements from the big shiny pop world and mix them with the more underground dance elements, and appeal to a wider audience.

Over time, what’s been really important to me is going from a major label and being part of that whole machine to being an independent artist and understanding how my business can run. Being in control of my creative output means I can ultimately do what I want and gives me a lot more focus and freedom. I feel more liberated when I’m creating stuff now. But I really have to focus and get things done because it’s only me.

So you’re self-releasing your own albums now.
Yeah, I have my own record label. Sometimes I partner with other labels but generally I self-release. I art direct stuff, write all the songs obviously, co-produce it … just try to be as involved as possible in every stage of the process, from writing to distribution, really.

What sorts of things do you do for fun when you’re not writing, recording, touring and promoting?
What?! You mean there’s other things you can do apart from those? I mean, I do do music all the time. I travel a lot, I’m in between L.A. and the U.K. all the time. I’m writing songs for other musicians, I do some art. I also have this startup company called Loop, that’s like a website insider guide, like a city guide, created by bands and DJs who are on the road and touring to share their favorite clubs and bars and stuff. So a lot of my projects are work, but they don’t feel like work.

What instruments do you play?
I’ve played piano since I was, like, 5, and I play a few other classical instruments, but since I was a teenager I’ve gotten really into electronic things. So I’ve collected lots of gadgets. I’ve gotten quite known for playing this thing called a Tenori-on, which is like a Japanese gadget that emits a sequence of lights … lots of synthesizers, old ones, new ones, analog ones, digital ones. Anything that’s tactile and is more like a toy, a gadget, than an instrument. I prefer that sort of thing.
I made this dress that kind of lights up to the music. I’m really into things that are electronic music but also a visual representation of electronic sound.

Did you say that you made that dress?!
Well, I collaborated with someone actually, it was a creative project for VICE, and it reacts to the music you’re playing.

Are you going to be wearing that when you come to Sacramento?
No [laughs loudly]. It was really uncomfortable. It was like a swimsuit, it was incredibly unflattering. It looked cool when it was dark, but when the lights went up, that was another story. Kind of like wearing
a mattress.

Editor’s note: At the time of our interview, Little Boots was scheduled to DJ at THIS is Midtown on Saturday, July 8, 2017, but unfortunately she had to cancel and did not make it to Sacramento. THIS is Midtown still happens every second Saturday. The free event is located between J and K streets on 20th Street in front of the MARRS building and features music, vendors, beer garden, activities and more. Find out more on their Facebook, Instagram or Twitter pages (@thisismid916).