You Won’t Know Until You Try • Meet Lob, the Chaos Magician Behind Jam Band, Instagon 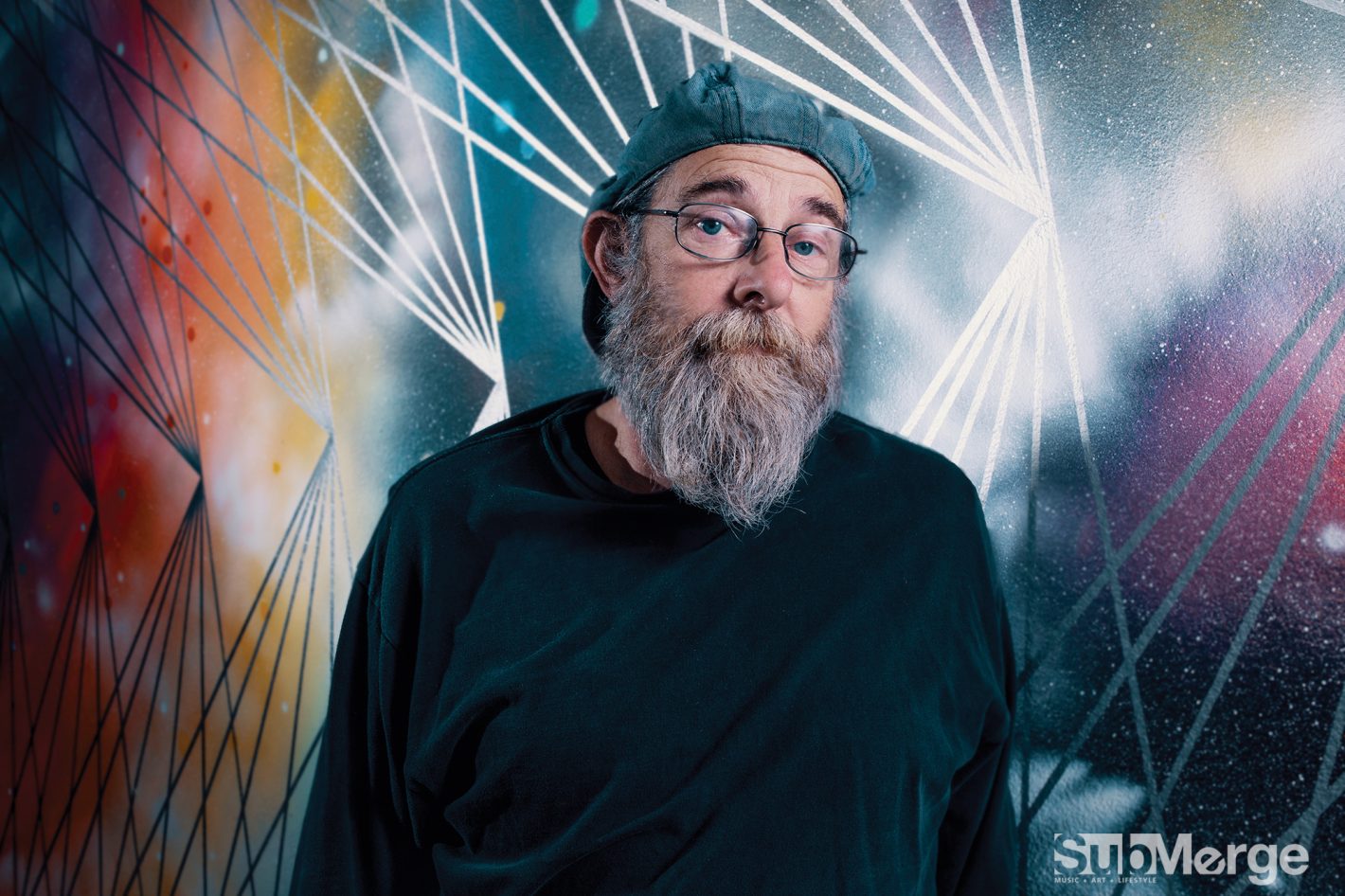 A friend once told me that Sacramento was a little like Canada, in that if any musician, artist or actor is from there, a Sacramentan will be the first to tell you. But for how much we brag about our hometown, one of the critically undermentioned aspects of it is how fantastic our noise scene is, from the NorCal Noisefest, the nation’s longest-running noise festival, to the noise-influenced sounds of local acts that have made it big, like !!!, Death Grips and even Trash Talk. And at the very center of that scene (or at least very near to the center of it) is a man named Lob.

When Lob entered Shine Cafe, he was immediately greeted by name by a few members of staff, and helped himself to a beer before sitting down with me. As it turns out, he’s in charge of booking there a couple nights a week, just one of many jobs he has around town, including distribution assistant for SN&R, and organizing Noisefest with William Burg, festival co-founder. Despite only living in Sacramento since 2004, the 54-year-old Southern California native has deep roots in the River City’s musical community. Besides an endless enthusiasm for his fellow local artists, this is due mostly to Instagon, Lob’s 27-year-old noise outfit/jam band that, according to him, never performs with the same lineup twice in a row.

“I’ve been booking in town for 10 years, so I know lots and lots of musicians, and because of [Noisefest] I also have a lot of freak friends,” Lob says. “Doing strange stuff is easy, but finding new musicians is a little tougher. It’s just about going to shows, watching people and asking them to play.”

This means that Lob’s constantly on the search for new musicians to play with, and that his musical output—which are almost exclusively live recordings of improvisations—are as varied as his lineup. Lob himself plays the bass, allowing his impromptu group of various personnel to swirl around him and express their individual styles, while keeping control over the direction of his band.

“When you put a group on stage in front of people, they bring their A-game,” Lob says. “But when you bring people that don’t regularly play together, they have to bring their A-plus game, and I never have a band wrong. Sometimes it’s brilliant, sometimes it crashes, but it’s always fun.”

His website’s landing page (Tif.org/instagon) reads, “this portal leads to thee cyber cave ov thee audio deamon,” an apt description, since exploring a cave is pretty much what it feels like going through Lob’s massive, 194-release discography. He puts together his releases without regard to any particular chronology, meaning that what you’re listening to could be from different performances and by a cast of completely different band members. Since the point of the project is not necessarily an individual album, but rather the evolution and repetition of the “ritual” of Instagon itself, it’s rewarding to pick a release at random and see how Lob decided to craft that particular snapshot of the band.

In the ground I was able to cover, Instagon’s style mostly falls into freewheeling funk and rock, with the occasional dip into instrumental noise. Like any musician, Lob has his favorite riffs and licks that he mixes and matches to find new grooves, but the real magic of the project is listening to the improvisational habits that other musicians bring to the table.

“Instagon’s 27, and it’s much nicer to talk to now,” Lob says. “And then when it was 3, it was a screaming little brat, and it was loud and crazy and would empty venues in minutes. And now it’s much more contained and aware of itself, as any being gets to as they grow to 27.”

To understand the odd personification of the band, as well as the direction of the project as a whole, you need to understand “chaos magic,” and Instagon’s nature as a “servitor.” To put it simply, chaos magic is DIY paganism, or “results-based” magic. Whereas things like Wicca, occult hermeticism and the like combine symbols and rituals with assumptions and beliefs in certain forces, chaos magic strips all that away and asks each practitioner to do what works best for them. The “magic” you do is harnessing belief in rituals to change something in the world. Lob’s particular system of magic just happens to be forming a band, and bringing in different people is one aspect of casting his spell.

A servitor is a “psychic complex” that operates independently of the maker to a specific end. According to Lob, “Instagon is a servitor that was created by me and four others in the ‘90s, that’s invoked by multiple participants, whether they’re aware of it or not. I conjure it and I use everybody’s energy to swirl it up and let it loose.” 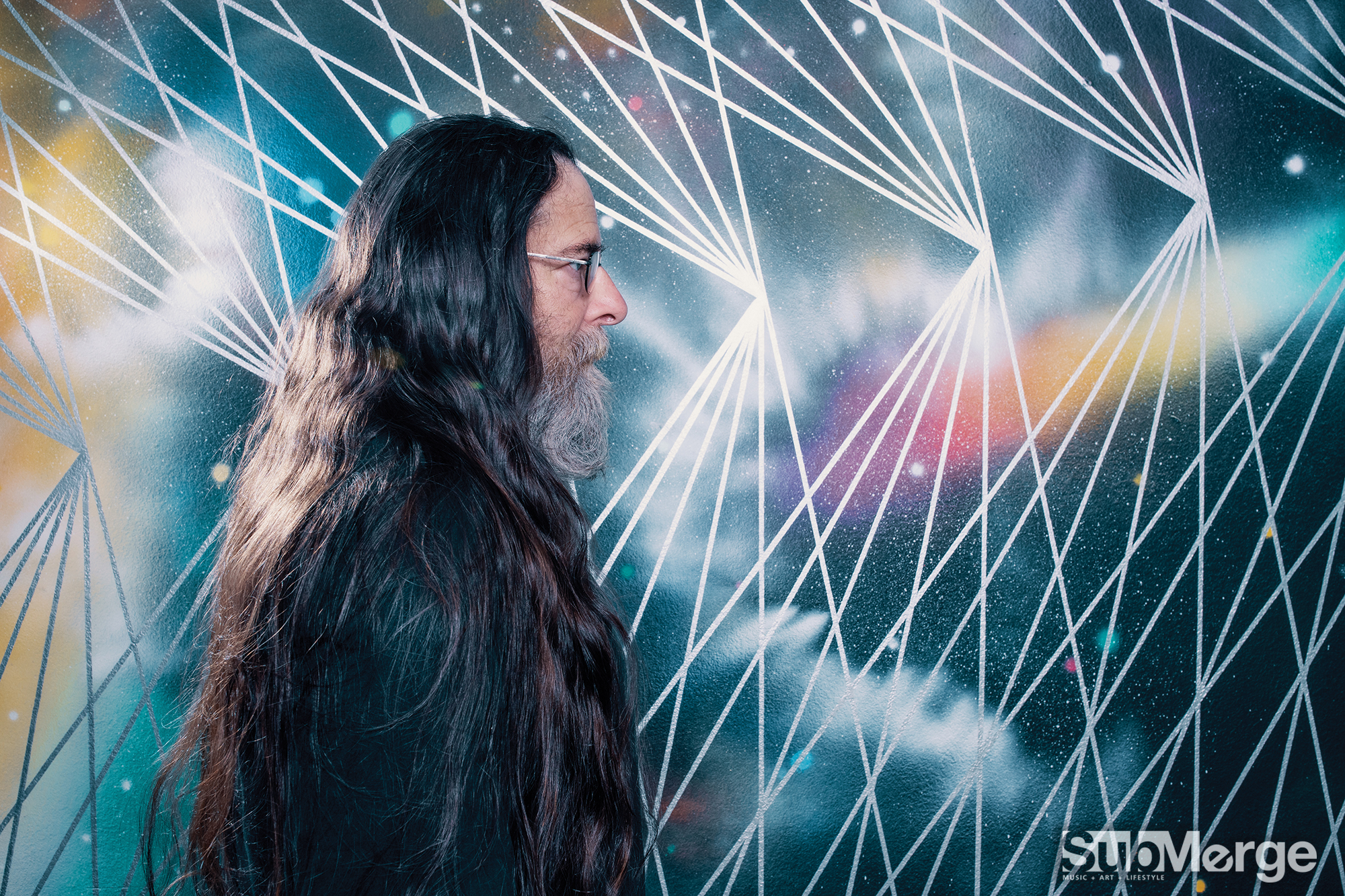 Lob was a long-time member of Thee Temple ov Psychick Youth’s North American branch, a chaos magic fellowship founded by British experimental band Psychic TV, and later boasted such famous U.K. music groups as Coil and Current 39. While it has since shut down due to various legal battles with founding members, the ideology of chaos magic is still very much present in the art that Instagon puts out.

“It’s one of those things where, if you know what the Temple is, then it adds a whole new dimension of the concept,” Lob says. “If you know, then it opens up into ‘Woah … now this is something really different.’ We were even originally supposed to be the American counterpart to Psychic TV.”

Instagon’s latest project, Planets, is a great way to get acquainted with the band’s work. Over the past year, Lob has been releasing various EPs named after each of the planets (yes, including Pluto), which have an eponymous title track and various cuts from throughout Instagon’s history that relate to the sphere’s characteristics. For instance, Venus, naturally, features songs about love, which range from the space-y, driving jam of “Sonic Chaos Love Groove,” to the noisey and decidedly unbluesy “Space Girl Blues.”

Each EP features cover art by local artists—my personal favorite is the classical metal-style, corpse pile cover for the Mars EP—and is available both individually, and in one large made-to-order box set ($50). The price may be steep, but you do get a bonus album, THEE SUN, and with six hours of music spanning all the way back to 1997, it may be the last Instagon album you’ll ever need to own.

With so many fresh players figuring each other out each time, Instagon’s stuff might feel like variations on a theme at sometimes, but that’s almost besides the point. Lob has either played with or booked almost every great musician to come out of Sacramento since he got here, and his run-ins with big-name musicians (a record label he worked with in SoCal published the first records from The Stitches and U.S. Bombs, as well as Sublime’s first seven-inch) could fill an entire other profile. Instagon has succeeded in its role as a servitor in that it truly does seem to have a life of its own. Its rotating mass of members is a slice of Sacramento’s musical talent, and perhaps even more than that, a living testament to Lob’s place in the center of its artistic landscape.

Despite the fact that his reputation seems to precede him where he goes, Lob is cool keeping Instagon’s profile where it is.

“Instagon wasn’t made to be commercially successful,” Lob says. “I don’t push it into the mainstream because the mainstream can’t handle it, and it’s cool being low-key and punk rock. I just want to play, man.”

Looking for the perfect last-minute gift for your favorite Chaos Mage? Instagon’s Planets box set is available for purchase via the band’s website (Tif.org/instagon). The band’s homepage is also a great place to stay abreast on where and when the band is playing next or to immerse yourself in the arcane wizardry that is the music of Instagon.